Tickets are now on sale for the International Federation of Sport Climbing’s (IFSC) European Championships 2019 for lead and speed which will see Europe’s top climbers descend on Edinburgh this autumn.

Taking place at Europe’s largest indoor climbing area, the Edinburgh International Climbing Arena (EICA): Ratho from 4 – 6th October 2019, the Championships will be a chance to see the best European climbers compete ahead of the sport’s debut at the Tokyo 2020 Olympic Games.  Tickets will be only be available for Saturday, 5th and Sunday 6th. (Friday, 4th October is for speed qualifiers and is not open to the public).

The Scottish capital was successful in securing the event, held biennially, following a joint bid by EventScotland, City of Edinburgh Council, the British Mountaineering Council (BMC), Mountaineering Scotland and in conjunction EICA: Ratho.

Following the successful delivery of the IFSC World Cup in 2017, EICA: Ratho took centre stage for the fifth World cup in Lead and Speed in September that year, with the sold-out event attracted over 1,200 spectators, athletes and coaches.

Push Bush OBE, VisitScotland’s Director of Events, said:  “EventScotland is delighted to be supporting the return of world-class climbing to EICA: Ratho for the second time in as many year. This is an exciting time for the sport and Ratho is the perfect stage for people to see climbing first-hand ahead of its debut at the 2020 Tokyo Olympic Games.”

Councillor Donald Wilson, Culture and Communities Convenor, said:  Councillor Donald Wilson, Culture and Communities Convenor, said: “We’re very much looking forward to welcoming the European Championships to Edinburgh in October. It is a fantastic opportunity to head along to the EICA and see some of Europe’s best climbers in action. The largest indoor climbing arena in Europe is right on our doorstep, and this prestigious competition is a chance to see the stars of the sport compete before they head to the Olympics next year.” 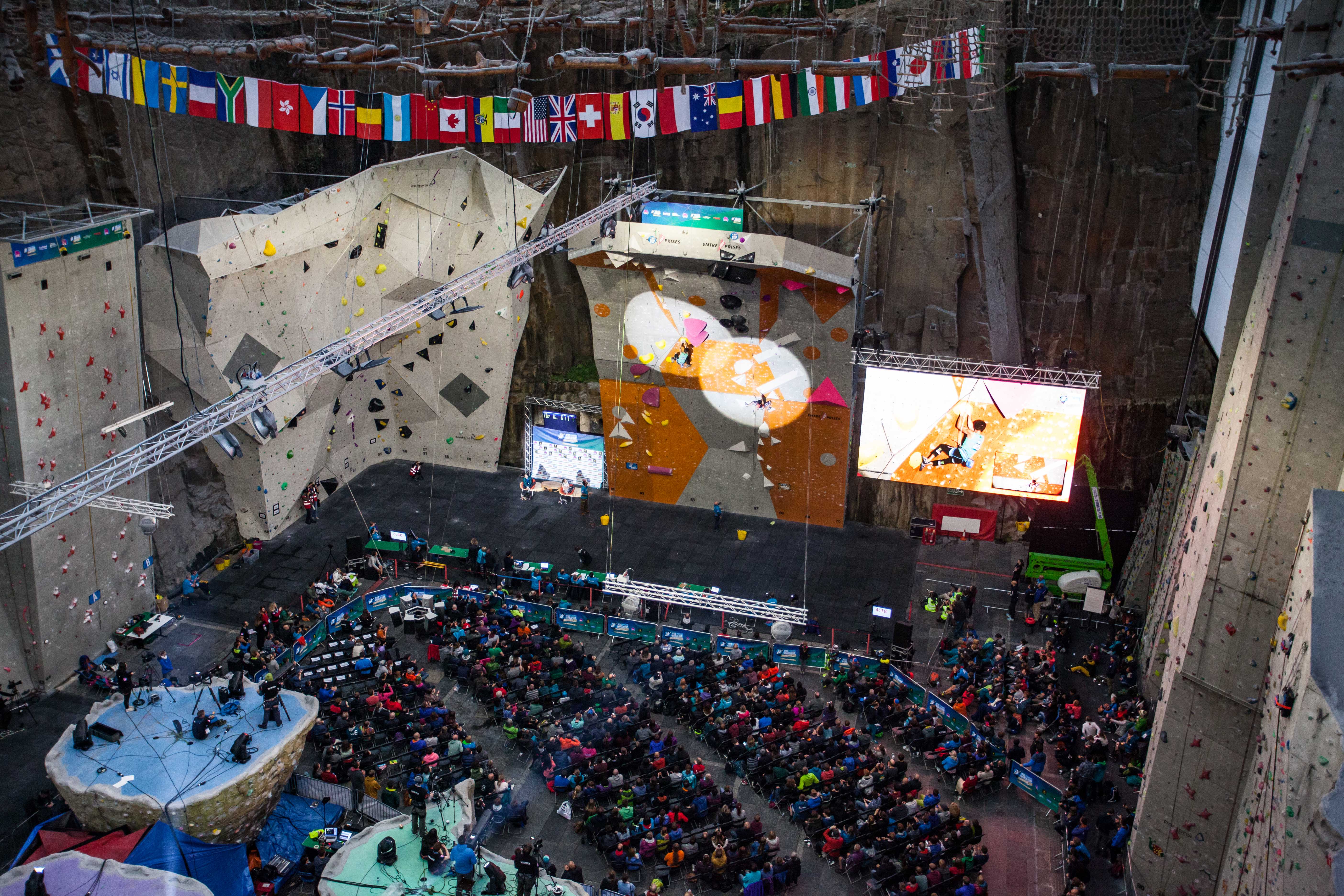 Zoe Spriggins, BMC Competitions Programme Manager said: “We’re super excited to be able to assist Edinburgh in hosting this event. It will be a great competition and the last chance to see GB athletes competing on home soil ahead of Tokyo 2020.

Jamie Smith, Climb Scotland Team Leader, said: “Mountaineering Scotland are excited to welcome the IFSC European Championships to Scotland this year. It is great to see our National Centre being host to the competition which will see some of Europe’s top climbers battle it out over the two days of competition. This event is a great opportunity to inspire our next generation of young climbers as well as helping raise the profile of the sport nationally. This is an exciting time for climbing now being an Olympic sport and Tokyo 2020 just around the corner.” 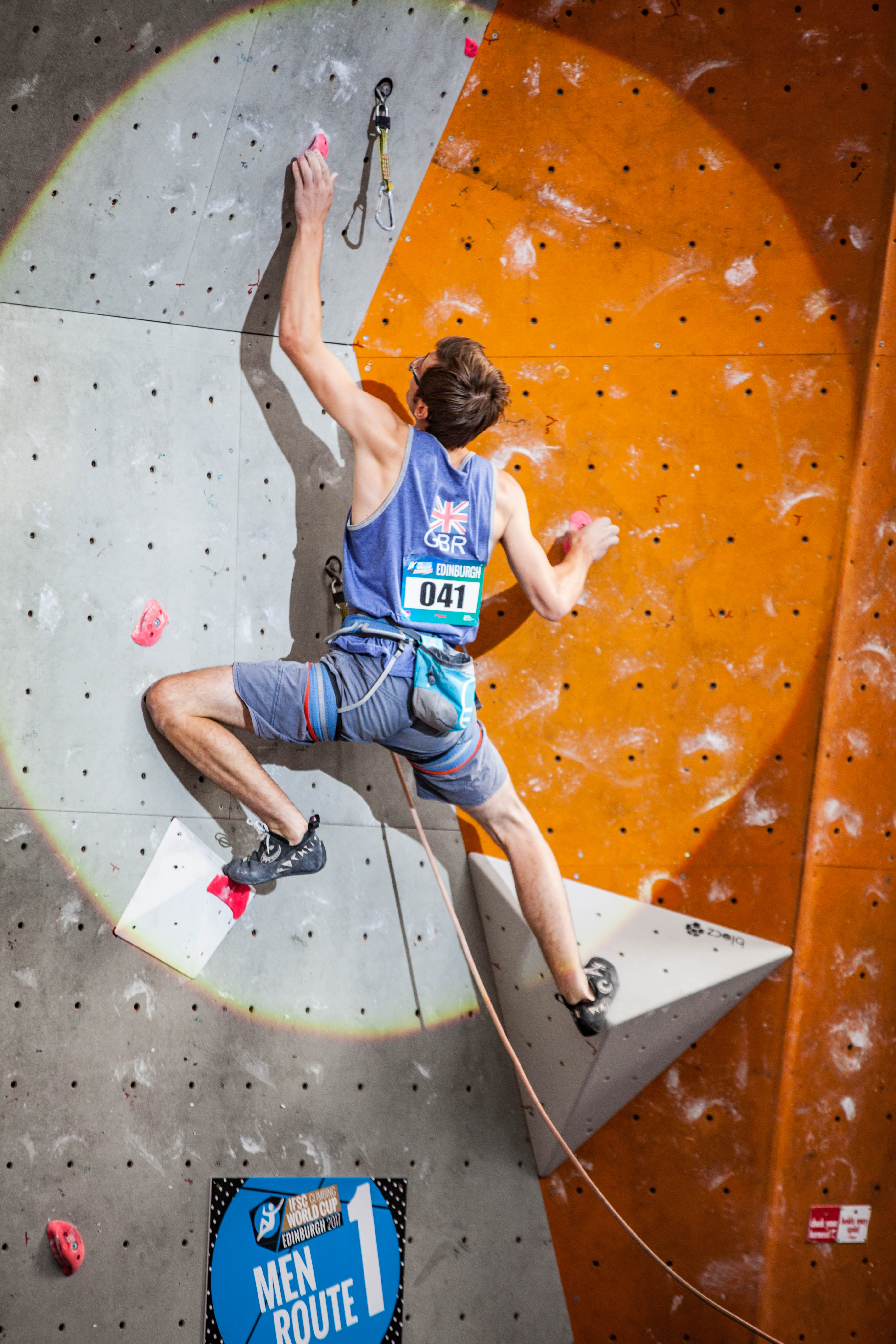 Junior and adult tickets are now available to buy from £15.00-£20.00 from https://www.edinburghleisure.co.uk/venues/edinburgh-international-climbing-arena/european-championships.   A limited amount of free tickets will be available for 3 – 5-year olds.  Babies are free.

Parking at Ratho will be limited to 250 cars per day and there will be a £5 charge for parking on-site.

Sport climbing will make its debut at next year’s 2020 Olympic Games after approval was made by the International Olympic Committee (IOC) as part of a package of five youth focused sports, which is at the heart of the vision for Tokyo 2020.

At the Games, 40 athletes – 20 males and 20 females – will compete in three specific disciplines of climbing: Lead, Speed and Bouldering. The overall podium finishers will be determined by combining the results of the three disciplines.

Twenty-five million people climb regularly worldwide and there has been a rapid rise in popularity of climbing worldwide, a sport that draws diverse climbers from rural and mountain as w ell as urban areas.

Anyone with an interest in volunteering at the event, should register their interest at:  http://www.climbscotland.net/join-us/volunteers-wanted—ifsc-european-championships-2019