The Summer season of Scotland’s national business 5 a side tournament kicked off on in Edinburgh on Tuesday with the Construction, Housing and Property event.

Over £5,000 was raised for charities through Business Fives summer season before a ball was even kicked as they bid to raise over £25k for charity.

Braemore Property were the top fundraisers with over £640 and counting raised for the Edinburgh Dog and Cat Home, other notable contributions came from eventual runners up Kingdom Housing Association and Castle Rock Edinvar who both raised £200 for Alzheimer Scotland and the Dwarf Sports Association respectively.

In an event that had two previous winners competition was high and games were played in good spirits. The opening fixtures were closely contested with three teams in group A all finishing level on points. Braemore property had the superior goals scored record as even goal difference couldn’t separate the teams.  Thomson Gray finished second and Kingdom HA were in third place.

In the adjacent group last year’s champions Hudson topped the standings ahead of Castle Rock Edinvar, DJ Alexander and Dunedin Canmore.  The competition then progressed to the quarter final stage with the winners progressing to the Champions League and beaten quarter finalists entering the Europa League.

The semi-final line-up was Hudson vs Thomson Gray and Kingdom HA vs Braemore Property. Sealing their place in the national final it was Kingdom HA who overcame Braemore on penalties after a close encounter and Thomson Gray edged past Hudson 2-1. Ambassador John Yogi Hughes singled out Dillan McCann for his fine individual display in the final which helped his firm of construction consultants, Thomson Gray to lift the title as they ran out for 4 nil winners.

Meanwhile in the Europa League final captain Mark Hall was helping DJ Alexander on their way to the final by picking up the Golden Boot on 12 goals as they squeezed past ESPC in a 6-5 Thriller. Castle Rock Edinvar overcame Dunedin Canmore in the social housing derby.

The Europa League final came right down to the wire with both teams scoring 4 apiece only to be separated by sudden death penalties.  It was DJ Alexander who held their nerve as they secured their place in the national final. 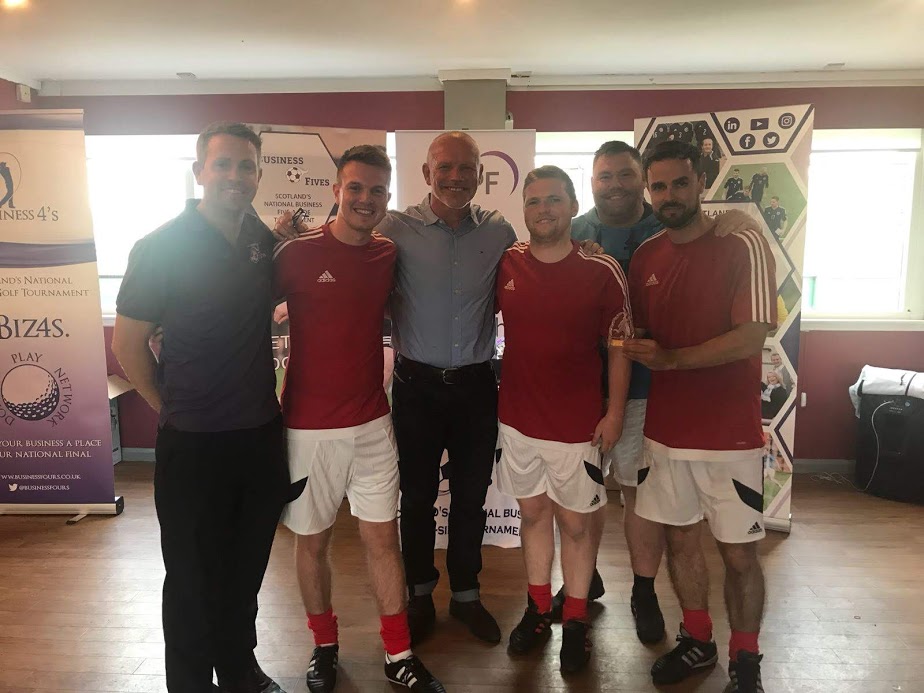 The action continues on Thursday where the Glasgow professional services sector will vie for another 3 places at the final. The Construction housing and Property sector will meet again in Glasgow on the 9th August where 15 more teams will try and win their place in the final.