On Saturday 7th December, the world will unite to help fight homelessness with what is thought to be the largest charitable fundraising campaign in a generation. With an aim of raising $50,000,000, The World’s Big Sleep Out, spearheaded by Josh Littlejohn MBE, founder of social enterprise Social Bite, will take place in up to 50 locations around the world. 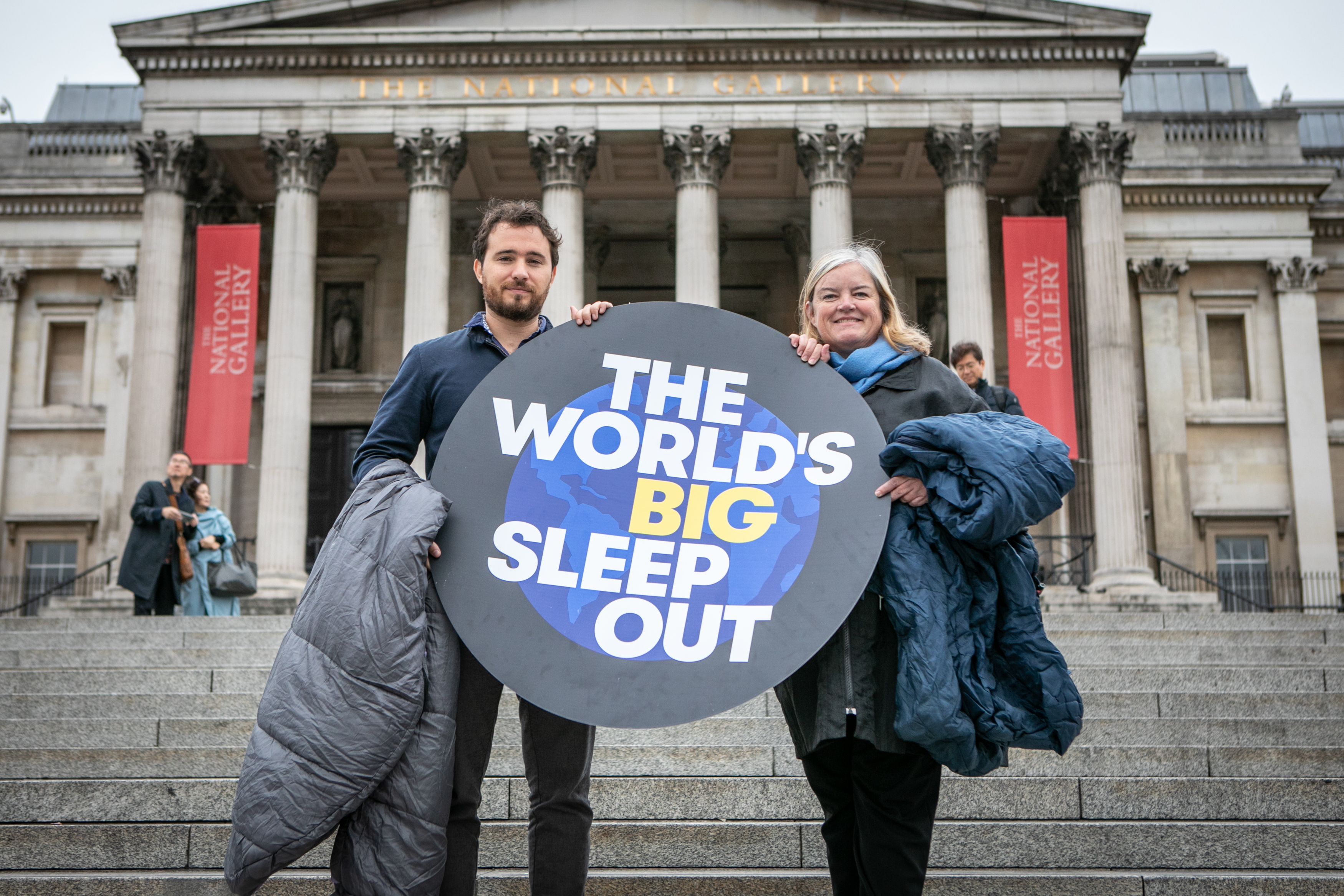 Research by the Institute of Global Homelessness shows that figures have reached a new level with more than a 100 million people homeless and displaced around the world.  England alone has seen the number of people sleeping rough increase by more than 150 percent since 2010. Last year, an estimated 4,677 people were sleeping on the streets on any one night. And, shockingly, there are 125,000 children in England without a place to call home (MHCLG statistics, 2018-19).

Today, each of the city locations are confirmed along with a host of celebrities, musicians, Olympians, acting royalty, top broadcasters and influential politicians who will take part in sleep out events on the night, as part of an overall target number of 50,000 people, creating the world’s largest display of solidarity to those experiencing homelessness and displacement. 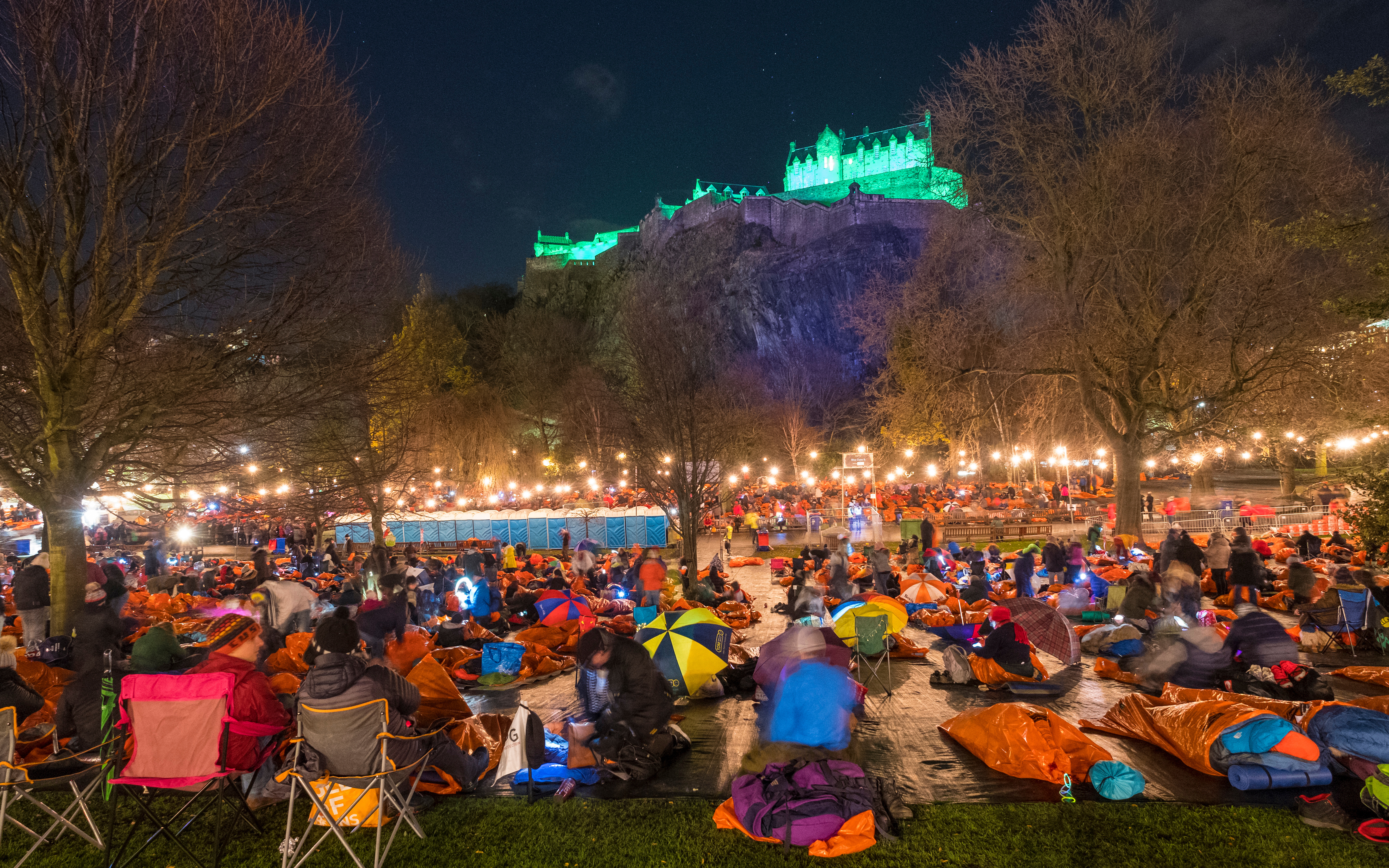 There will also be stripped back, live acoustic music performances throughout the world with the line-up announced over the coming months.

The Board of The World’s Big Sleep Out Trust is chaired by world-renowned homelessness expert Dame Louise Casey DBE CB.

People are urged to register for an official event or sign up to “Host Your Own” sleep out in their backyard, office car park, high school or university campus by visiting www.bigsleepout.com.

Registration is now open with each participant committing to fundraising as much as they can. 100% of funds raised will go towards homelessness charities, with a 50/50 split between local and global charities helping homeless and displaced people.

It is hoped that an estimated 50,000 participants will collectively achieve a fundraising target of $50,000,000 which will be invested to sustainably help around 1,000,000 homeless and displaced people all over the world. As well as benefiting local charities, international partners for the campaign include UNICEF USA, the Malala Fund, Social Bite and the Institute of Global Homelessness.

As well as private individuals, the campaign has been backed by some of the world’s largest companies and charitable foundations. So far, organisations supporting the campaign include Nasdaq, eBay, Weightwatchers, WPP, CYBG, Clifford Chance and Microsoft. Oak Foundation has also pledged $1million to the campaign.

This global event follows on from the success of Social Bite’s Sleep in the Park events in 2017 and 2018, which were held in Edinburgh, Dundee, Glasgow and Aberdeen. The mass fundraisers saw around 18,000 people give up their beds over the last two years, raising a total of almost £8 million. A new charity called The World’s Big Sleep Out Trust has been established to govern the funds raised from this global event, whilst funds raised in the USA will be managed by UNICEF USA with the support of Robin Hood Foundation.

The Mayor of London, Sadiq Khan, said: “The rise in homelessness in recent years is a national disgrace. Over the last three years we have been doing everything we can at City Hall to help rough sleepers off the streets of London, including doubling our outreach teams.

“Londoners care deeply about helping people who are homeless both here and around the world. I am very pleased to see this compassion inspiring so many people to take part in the World’s Big Sleep Out on December 7.”

Josh Littlejohn MBE, Social Bite and WBSO Founder, said: “I am blown away by the response to The World’s Big Sleep Out so far and incredibly excited to have 50 cities all over the world taking part. It doesn’t matter if you are taking part in Times Square or in your back garden with your family, by sleeping out for one night on 7th December we can simultaneously express our compassion for homeless people who have no other choice and raise lifesaving funds to make a difference. We can also send a message to the world’s political leaders that urgent action is required to address the human suffering that we each witness on our streets every day”.

Dame Helen Mirren said: “Homelessness on our streets is a real problem in the UK and for many nations throughout the world. This coupled with an unprecedented number of refugees being displaced internationally makes this a really important time to focus attention on the issue of global homelessness. The World’s Big Sleep Out campaign will play an important role in shining the political spotlight on the issues of homelessness and displacement whilst raising considerable funds to make a big difference.

I am pleased to have this opportunity to make a contribution by performing a bedtime story for participants in London, which will also be screened at sleep out events happening throughout the world. I’d like to encourage anyone who cares about this issue to get involved by sleeping out, in solidarity with those who have no choice, on 7th December”.

Dame Louise Casey DBE CB, Chair of the World’s Big Sleep Out Trust said: “Homelessness is an urgent, deadly issue that affects people in all nations, but it is an issue that can be solved. The World’s Big Sleep Out is an act of compassion for our fellow citizens; a way to raise much-needed funds and a campaign for lasting change where everyone has a place to call home.”