Business Fives’ summer season heats came to an exciting conclusion as the last remaining teams booked their remaining spots at the national final – with one clinching their place on penalties.

The premier event for five-a-side football-loving firms has held eight qualifiers as 26 companies from Aberdeen, Glasgow, Dundee and Edinburgh secured their passage to the 26 September final.

Supported by insider.co.uk and Edinburgh Chamber of Commerce, the final heat in Edinburgh brought a suitable goal fest with 154 being scored – taking the tally to more than 1,000 for the tournament so far.

And Business Fives’ charity fundraising hit £17,491 with fantastic contributions from Cairn Energy (£1,102 for ME Action) and Nucleus Financial (£500 to charity partner the Yard). Now more than £60,000 has been raised through Business Fives’ events in just over two years. 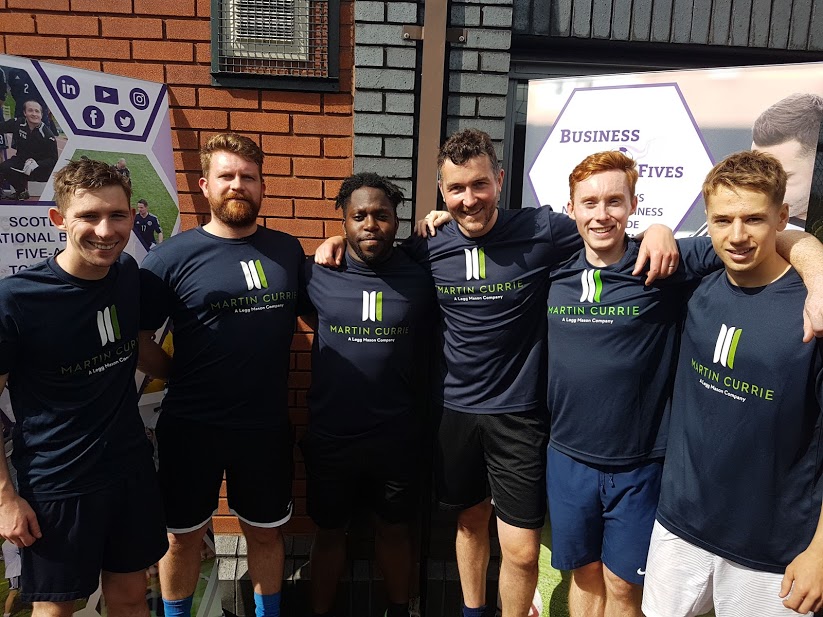 On the pitch the action came thick and fast in the group stages. 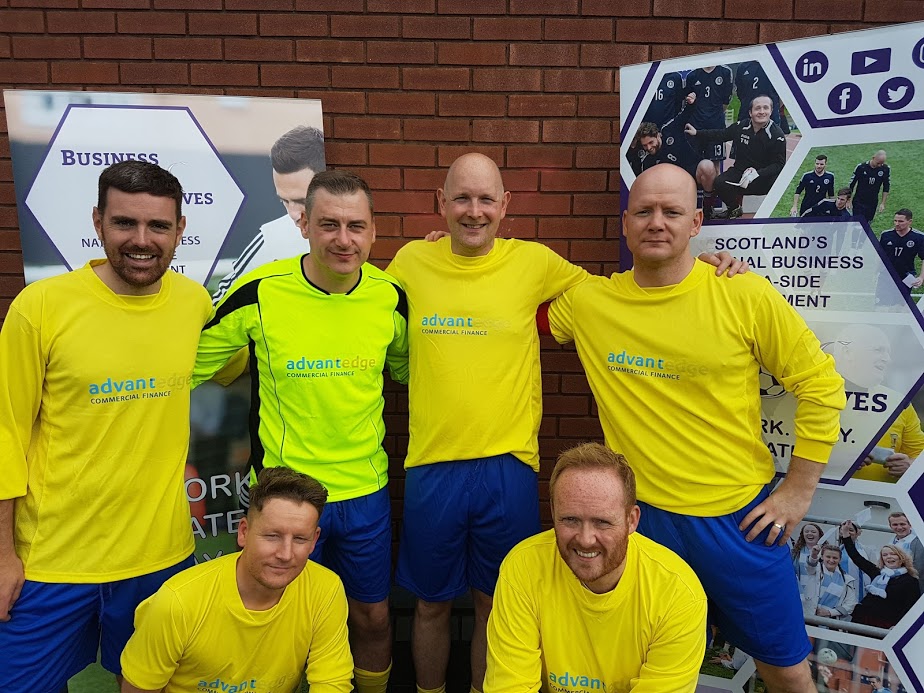 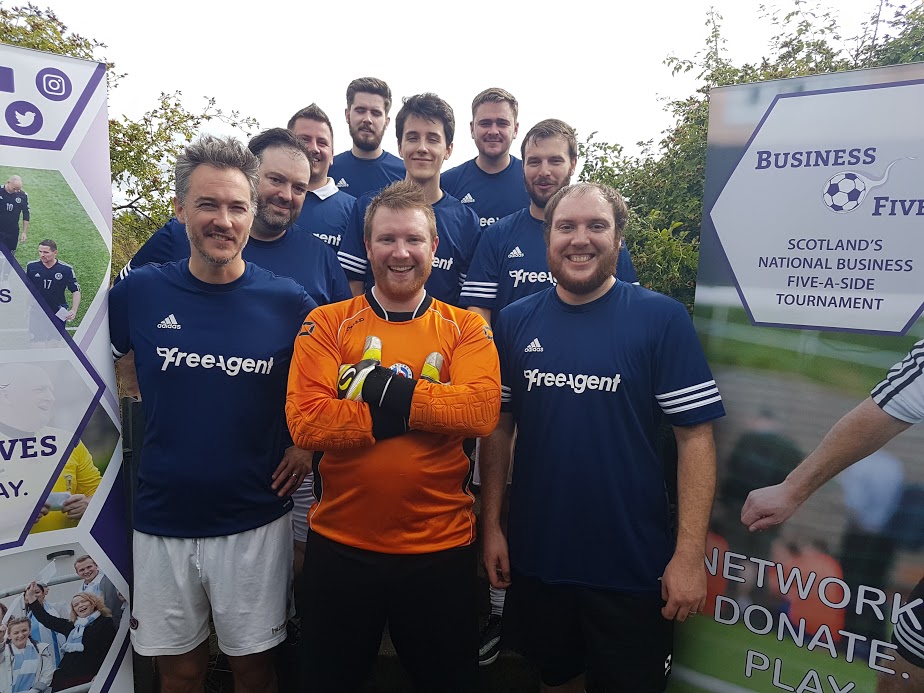 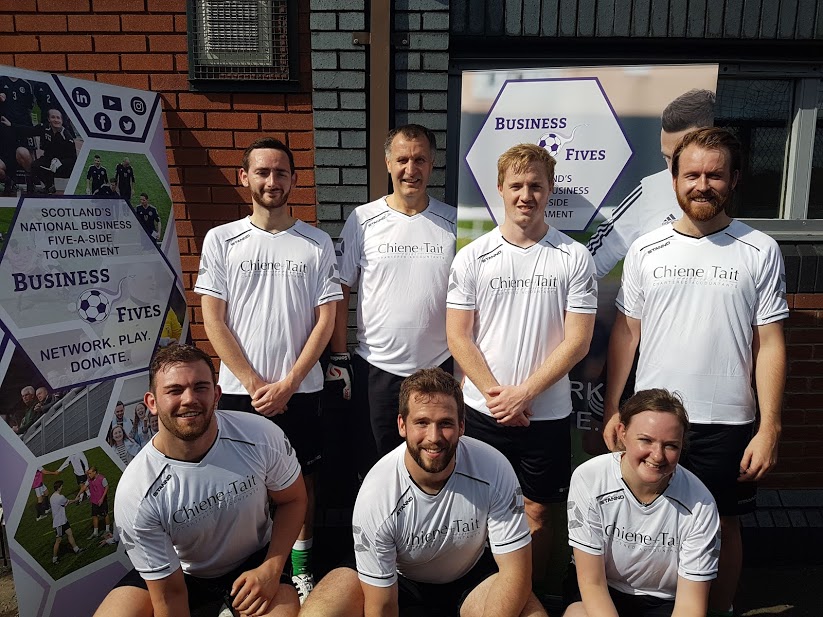 Freeagent overturned an earlier defeat at the hands of Avaloq to win 5-2. Standard Life continued their winning streak as they beat Dickson Minto 5-0 and AutoRek came out of a very tight encounter with Shepherd Surveyors which ended 0-0 in normal time with the tie eventually settled by sudden death penalties. 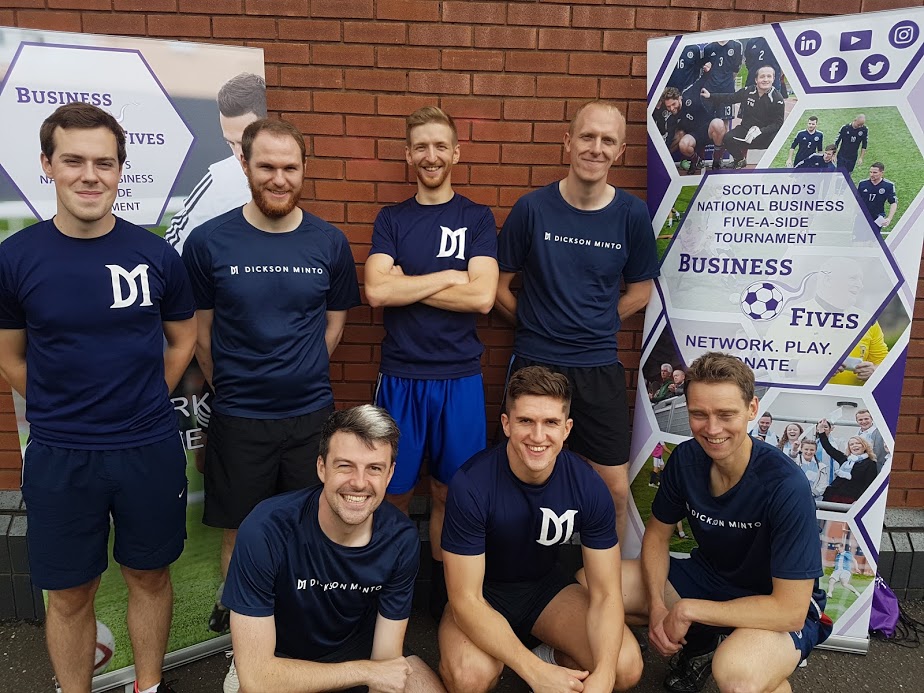 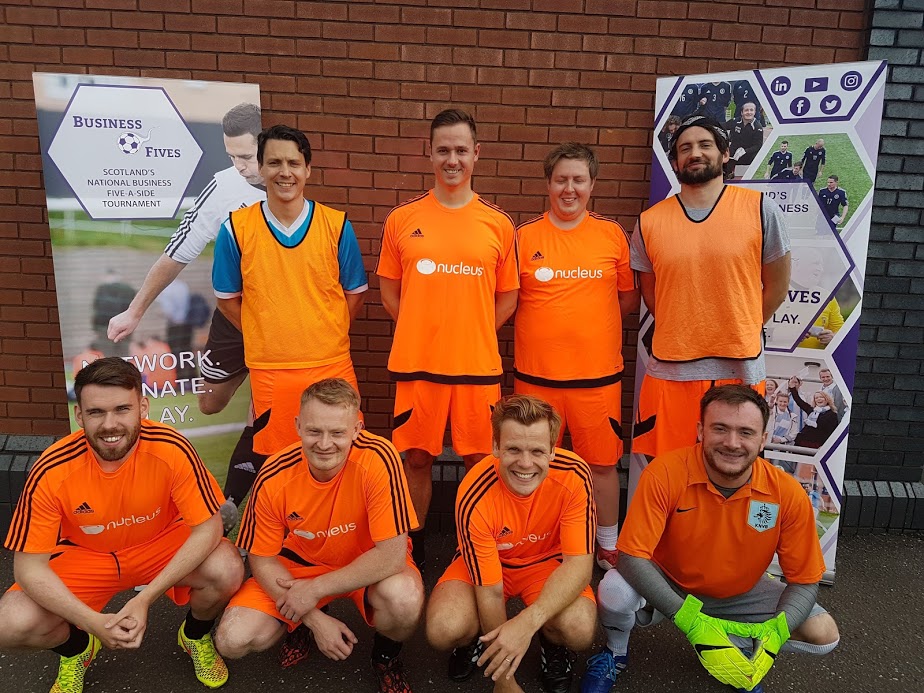 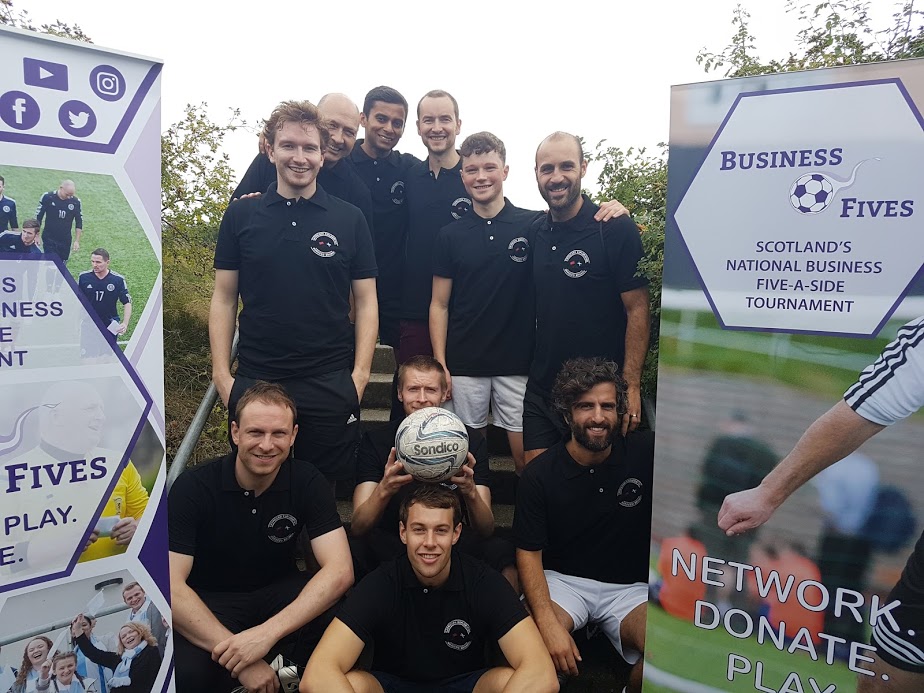 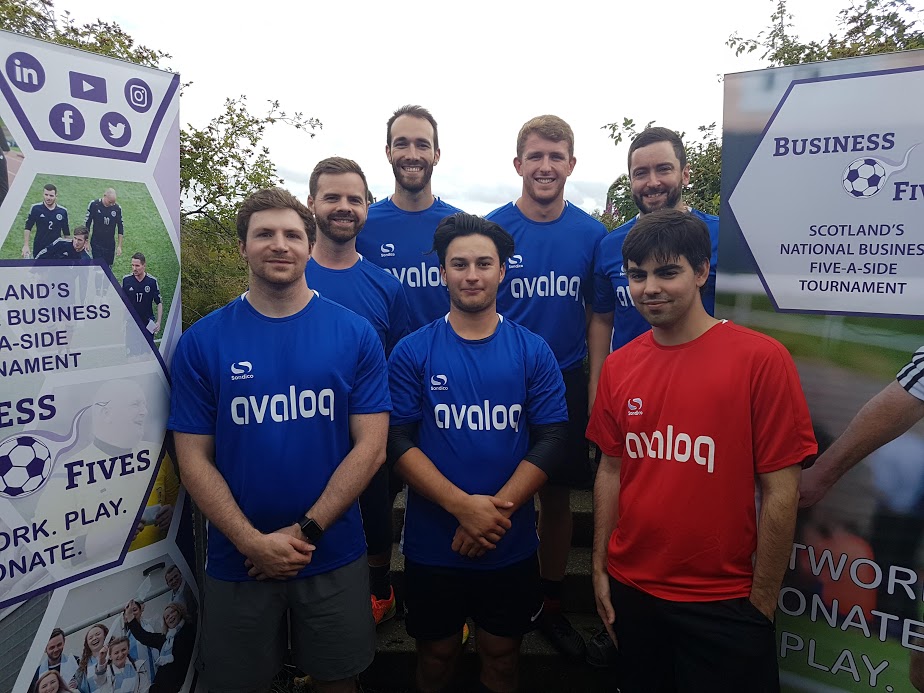 Standard Life keeper Liam McCathie had only conceded two goals up to the final but quickly found himself beaten twice in quick succession in the opening action by Paul Munro from Sykes Global who finished the tournament as top goal scorer.

Standard Life launched a fantastic comeback to win 3-2 with Steve Rixon firing in the winner. Craig Manson was picked out by ambassador John Hughes as the player of the match.

In the Europa League, with another national final up for grabs, Nucleus Financial won on penalties against Martin Currie after the match finished 1-1. 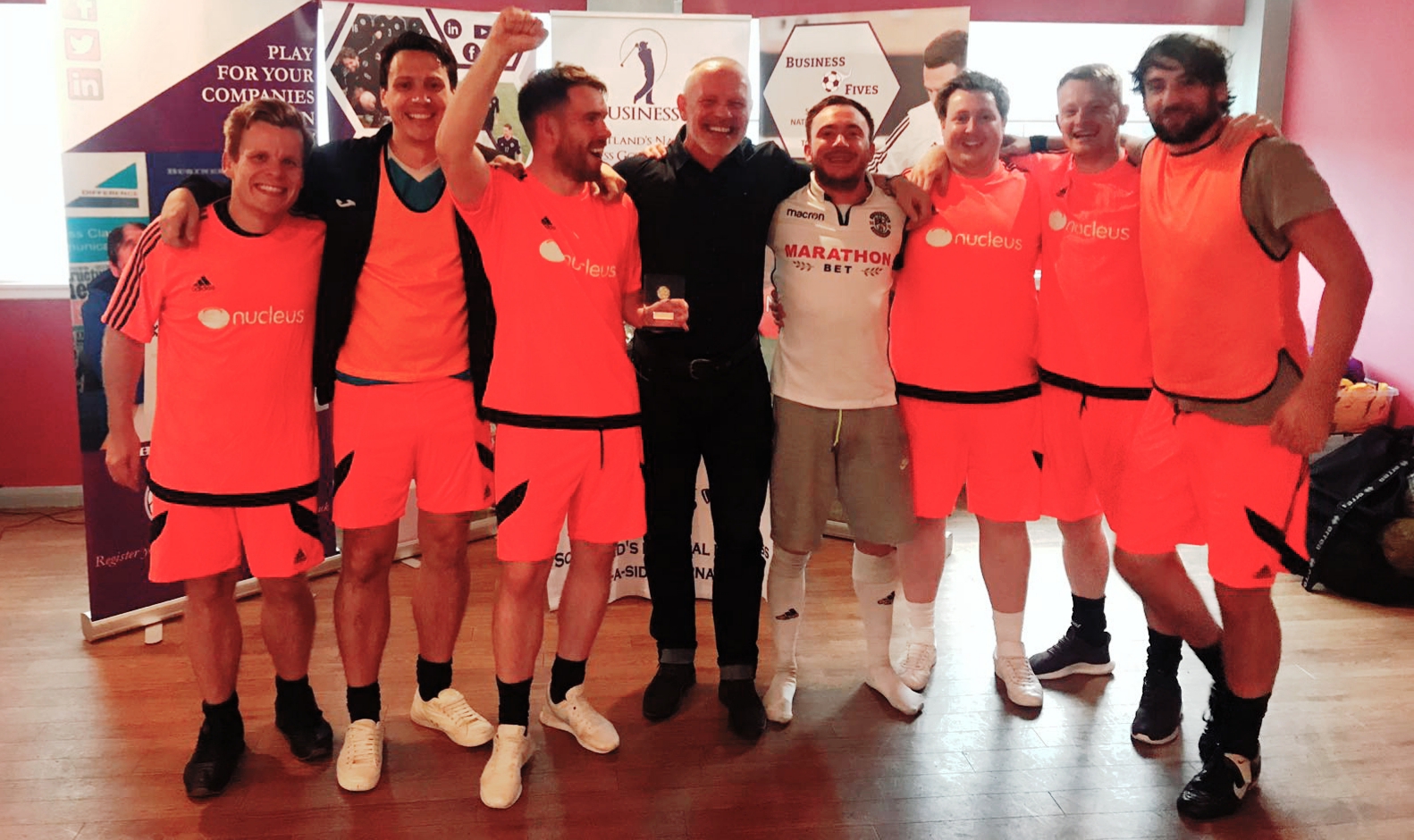