The summer season of Business Fives reached a thrilling conclusion on Wednesday as companies from across the country gathered in Edinburgh.

After qualifying events took place in Aberdeen, Glasgow, Dundee and Edinburgh teams from each city were represented at the final.

The standard was fittingly high with matches being uncharacteristically low scoring as defensive duties took centre stage with only 220 goals scored across 68 matches averaging at just 3.24 goals per game as opposed to a tournament high of 7.04 goals per game recorded at the Edinburgh Technology & IT event.

The companies on show were among the best footballing businesses that Scotland has to offer and they were also some of the most generous with over one third of Business Fives charity total for the summer being raised by the finalists and it was fitting that the Business Fives charity donations would match their efforts. 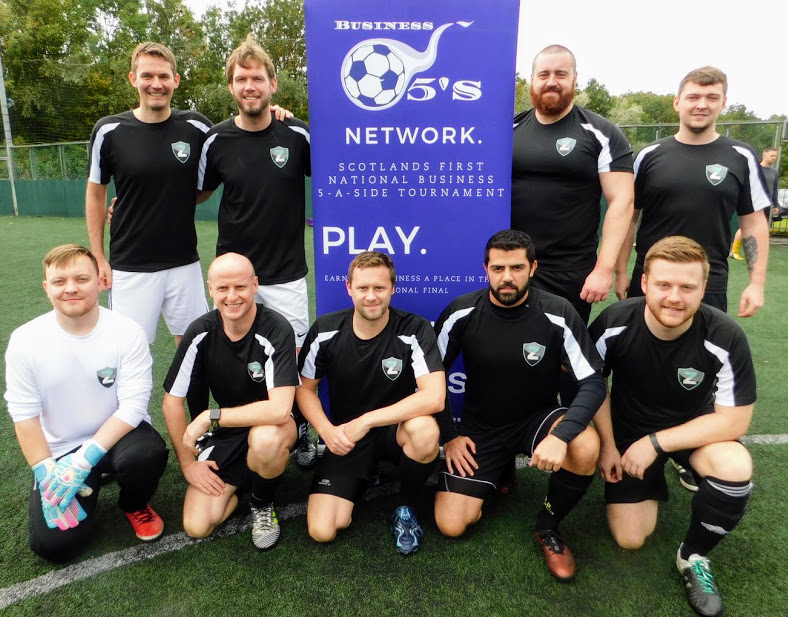 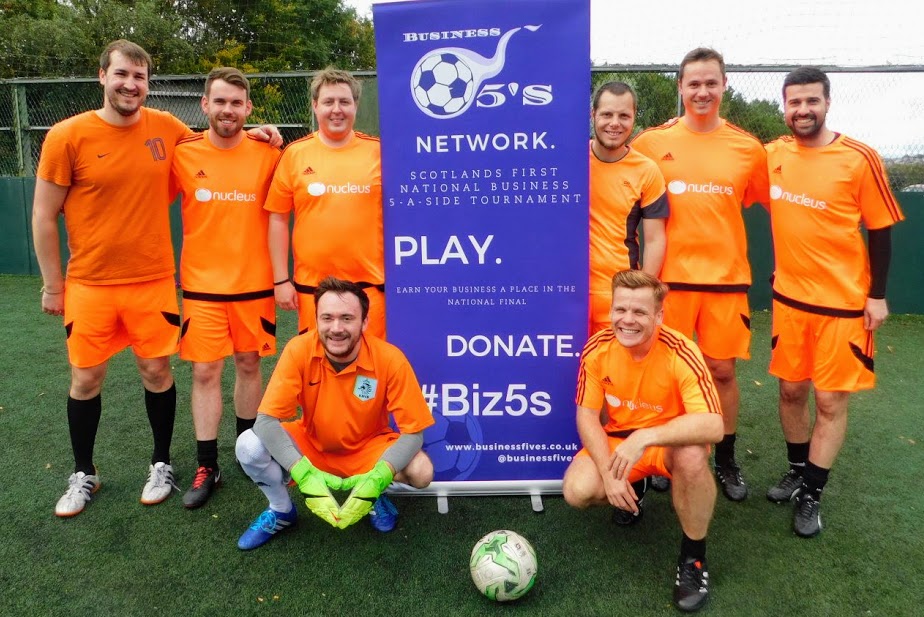 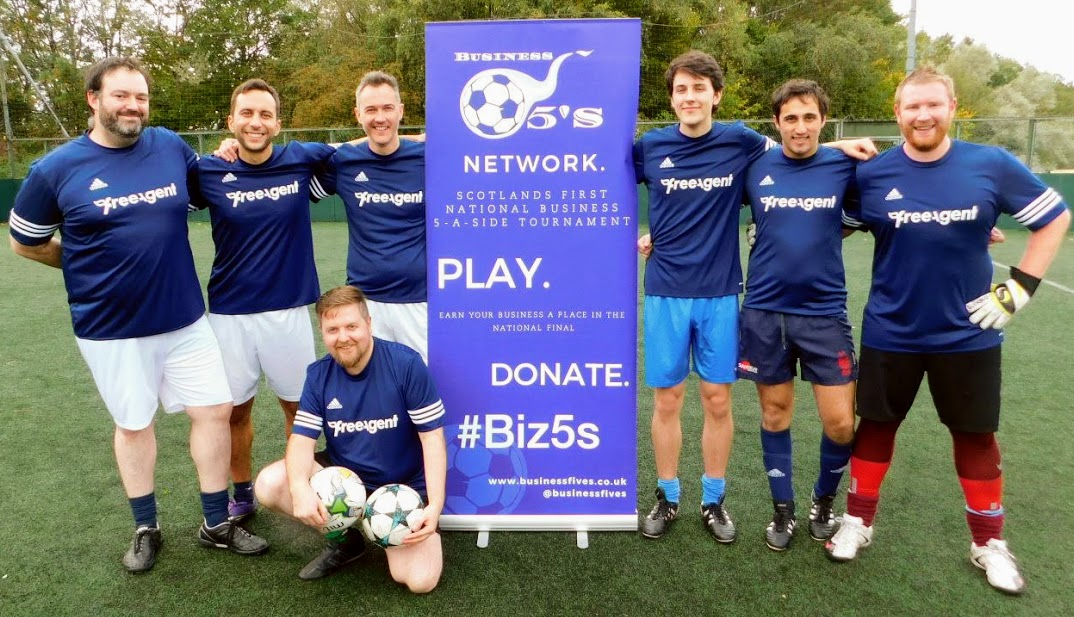 The tournament eventually whittled down to 16 quarter finalists of both the Champions League and Europa League section after 2 very close round robin phases that often left teams only separated by goal difference. That was a trend that continued in the knock out phases with 4 out of 14 ties being decided via penalty shootout and a further 9 ties settled by one goal margins.

In a season where Business Fives passed many milestones we’ve seen the 5,000 goal scored, over 500 companies involved and the charity contribution has passed the £60,000 barrier.

The summer season has raised £19,628 for charities across Scotland, a figure which is expected to end up closer to the £20,000 mark as retrospective donations continue to roll in and surpassed the amount donated to charity last summer.

The companies were all playing to win their share of the £3,755 charity prize money for their chosen cause with the donations being split between the champions league section finalists and the Europa League section winners. 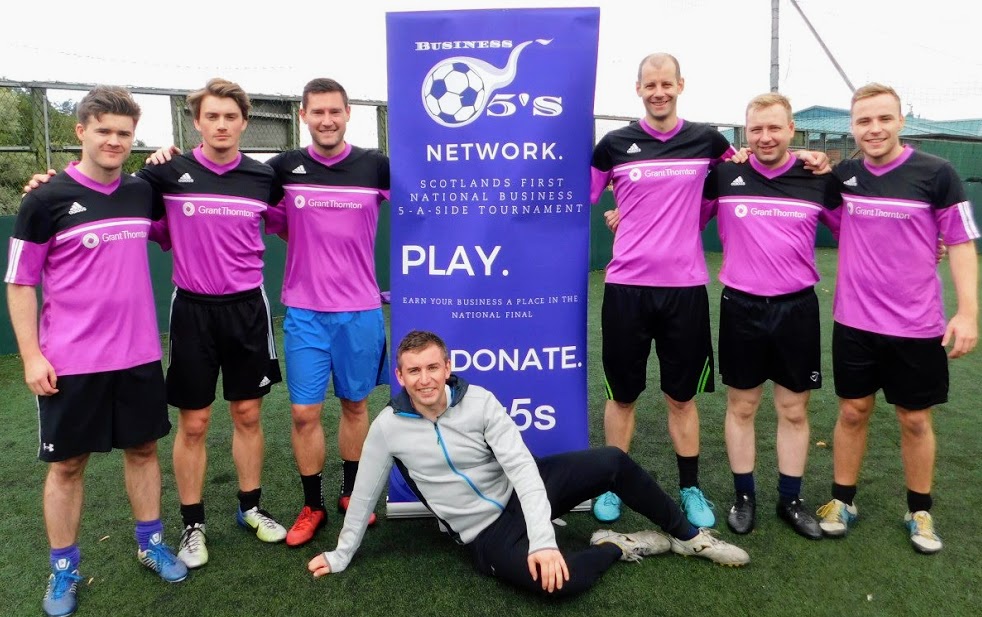 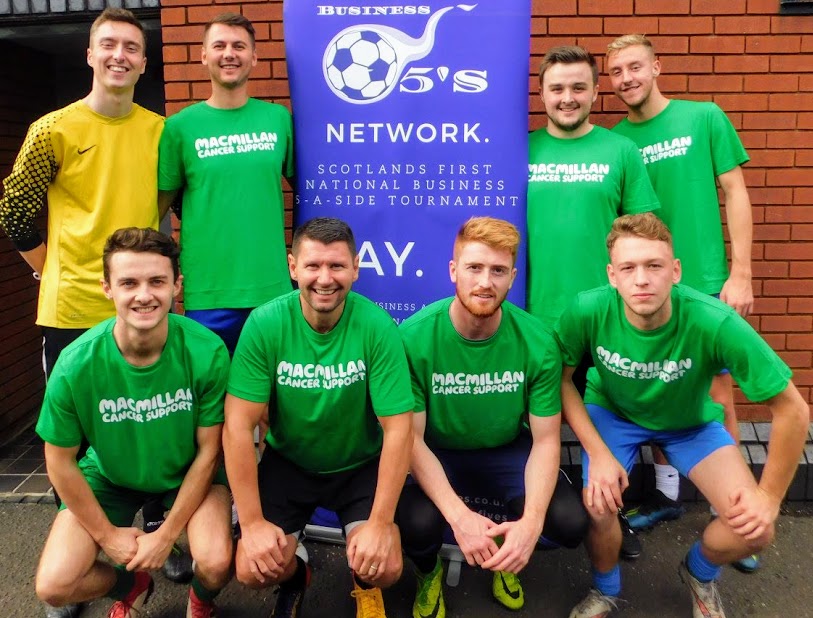 The main prize of £2,000 will be donated to Marie Curie thanks to the efforts of Standard Life who won the overall competition by winning 9 of their 9 matches scoring 21 goals in the process and conceding just 4 as their keeper and captain Liam McCathie kept 5 clean sheets.  Their top scorer Daryl Healy was singled out by Business Fives ambassador Yogi Hughes as the Man of the Match after his performance in the final.  They overcame Glasgow Professional Services champions, Grant Thornton and Edinburgh Construction, Housing & Property winners, Thomson Gray in the knock out phases to book their place in the final.

Scottish Water joined Standard Life in the final as they took home £1,000 for WaterAid having scored 19 goals in 8 games with their only defeat coming in the champions league final 2-1 and you can relive that match online here. Scottish Water beat Construction, Housing and Property champions Advance Construction and Livingston based Energy Assets on their way to the final. 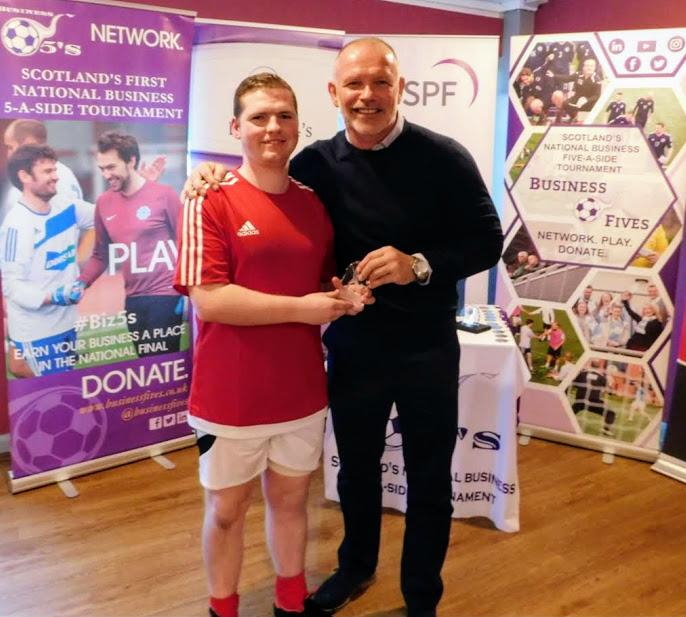 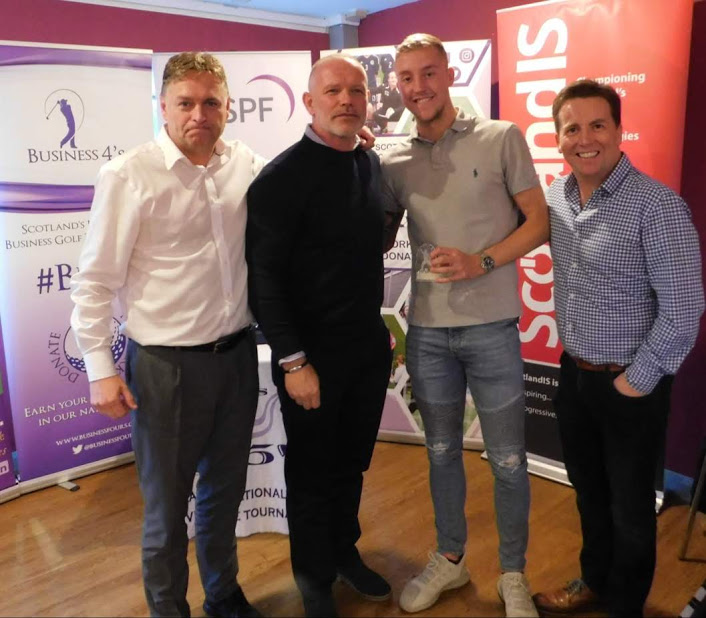 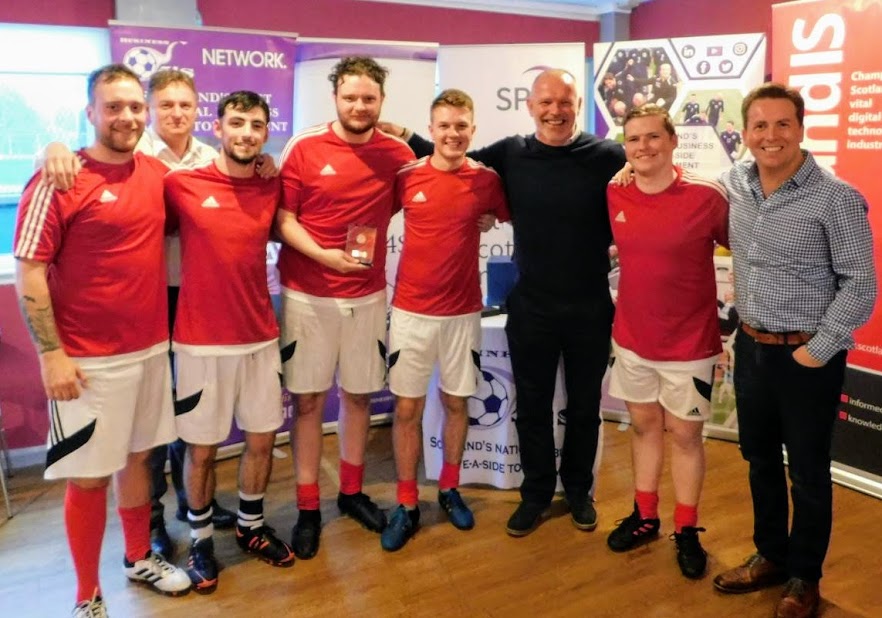 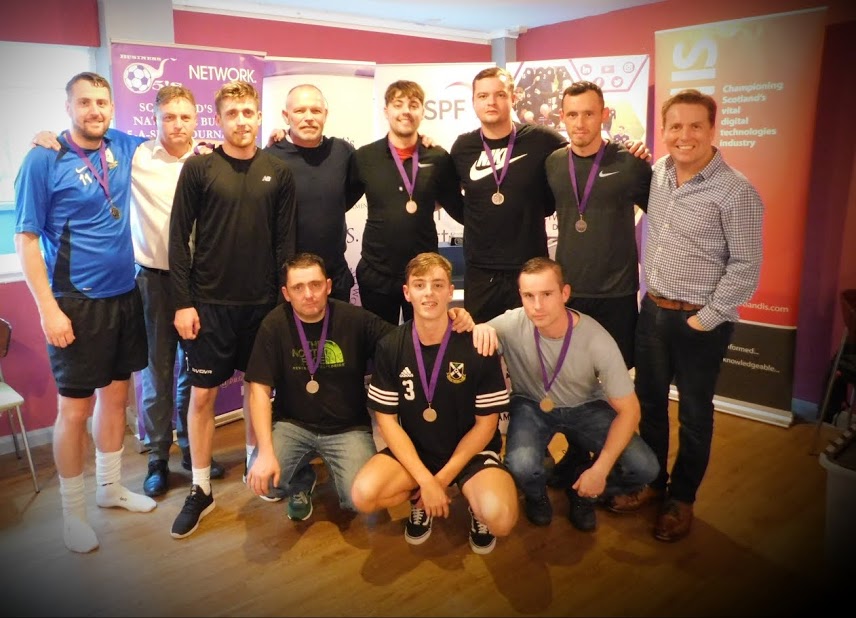 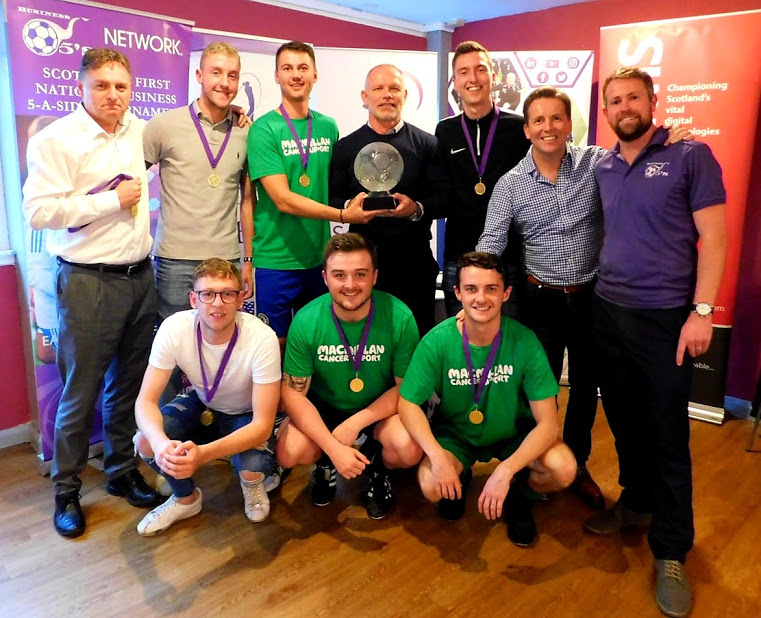 The final prize on offer was scooped up by DJ Alexander who won the Europa League section.  After a turbulent start in the opening group fixtures they went on an unbeaten run as they over came SP Technology, Cathcart Associates and latterly Nucleus Financial in the final match, which they won 1-0.  They will proudly take home £755 for their chosen charity the Rock Trust.  Mark Hall scored the winning goal, dispatching a penalty into the top corner while a stand out performance from Graham Wilson saw him scoop the Man of the Match award in the final, selected by David Tanner and James Bee. Aberdeen based Expro ended the event unbeaten in normal time and lost out in an epic penalty shootout battle to Energy Assets as neither side looked like missing from the spot.  Captain Rickie Moir made collected back to back top goal scorer awards as he scored 11 of his sides tournament goals.

Also making it’s way up the M9 to Aberdeen is the signed SPFL Jersey that Ladbrokes Coral donated toward the charity raffle, James Dron from EnerMech had the winning ticket. 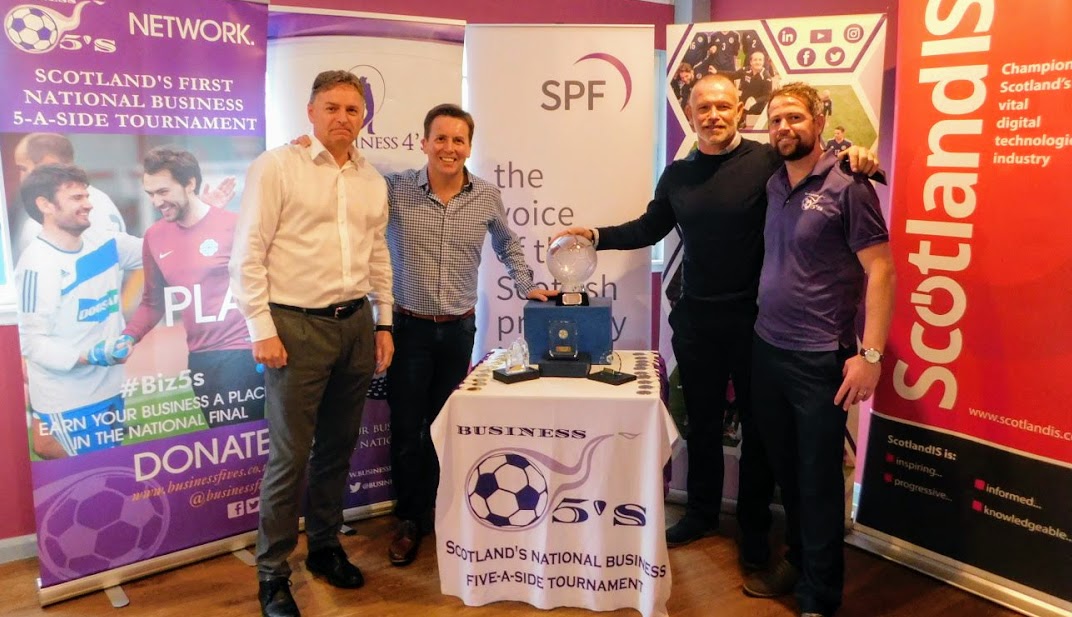 The top fundraisers on the day Glasgow based, iomart who raised £1,000 for JDRF through their charity efforts in the lead up to the events.

Check out all the key performance insights below from each of the companies that took part.

Business Fives returns with its winter season kicking off at the end of November which will see it host events in Edinburgh, Glasgow, Dundee and Aberdeen before venturing across the border to Newcastle, Middlesbrough and Sunderland early in 2019.