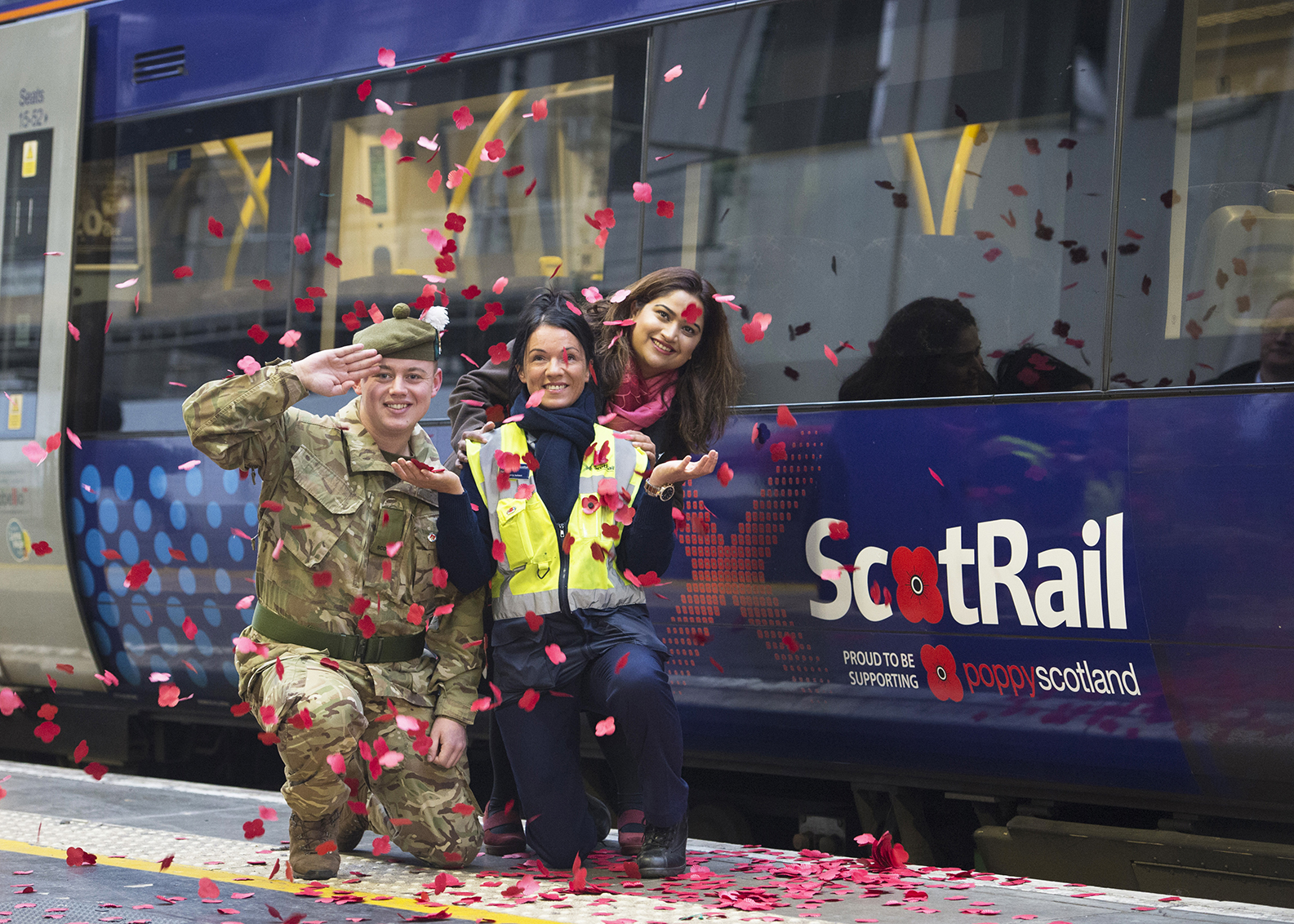 The ScotRail Alliance has unveiled one of five specially-branded trains as part of its support for this year’s poppy appeal.

The trains were unveiled by soldiers from the 2nd and 4th Battalions, the Royal Regiment of Scotland, alongside ScotRail Alliance staff. The carriages have had their ScotRail logos replaced with a poppy-inspired design, and will be seen on routes linking Scotland’s ‘seven cities’ – Edinburgh, Glasgow, Aberdeen, Dundee, Perth, Stirling, and Inverness.

The trains are the latest demonstration of the ScotRail Alliance’s support for Poppyscotland, for which it raised over £57,000 last year.

This year, collection tins have been placed at all staffed stations, with poppies for sale at every ticket office. There are also collections every day until 11 November at four of Scotland’s busiest stations: Glasgow Central, Queen Street, Edinburgh Waverley and Haymarket.

“These poppy trains will encourage people across the country, not just to remember, but also to show their support in practical ways.”

“The poppy trains looks absolutely fantastic. Not only will they remind the public of the importance of the poppy during the remembrance period, but given they will be proudly on display beyond this year’s Scottish Poppy Appeal it will highlight the need to support our Armed Forces community all year round.

“These trains demonstrate once again that the ScotRail Alliance is going the extra mile in its support of Poppyscotland and those who need our life-changing services.”