In 21 years of running a Charity Wills Campaign, leading law firm Thorntons has raised £320,000 for Cash for Kids and achieved its biggest ever fundraising total to date this year for causes across Tayside and Fife.

Thorntons waived their fees for making or updating Wills throughout September 2017 and asked clients to make a donation to the children’s charity instead. All donations have now been collected and counted, recording that Thorntons latest campaign has raised an impressive £44,000 for Cash for Kids. 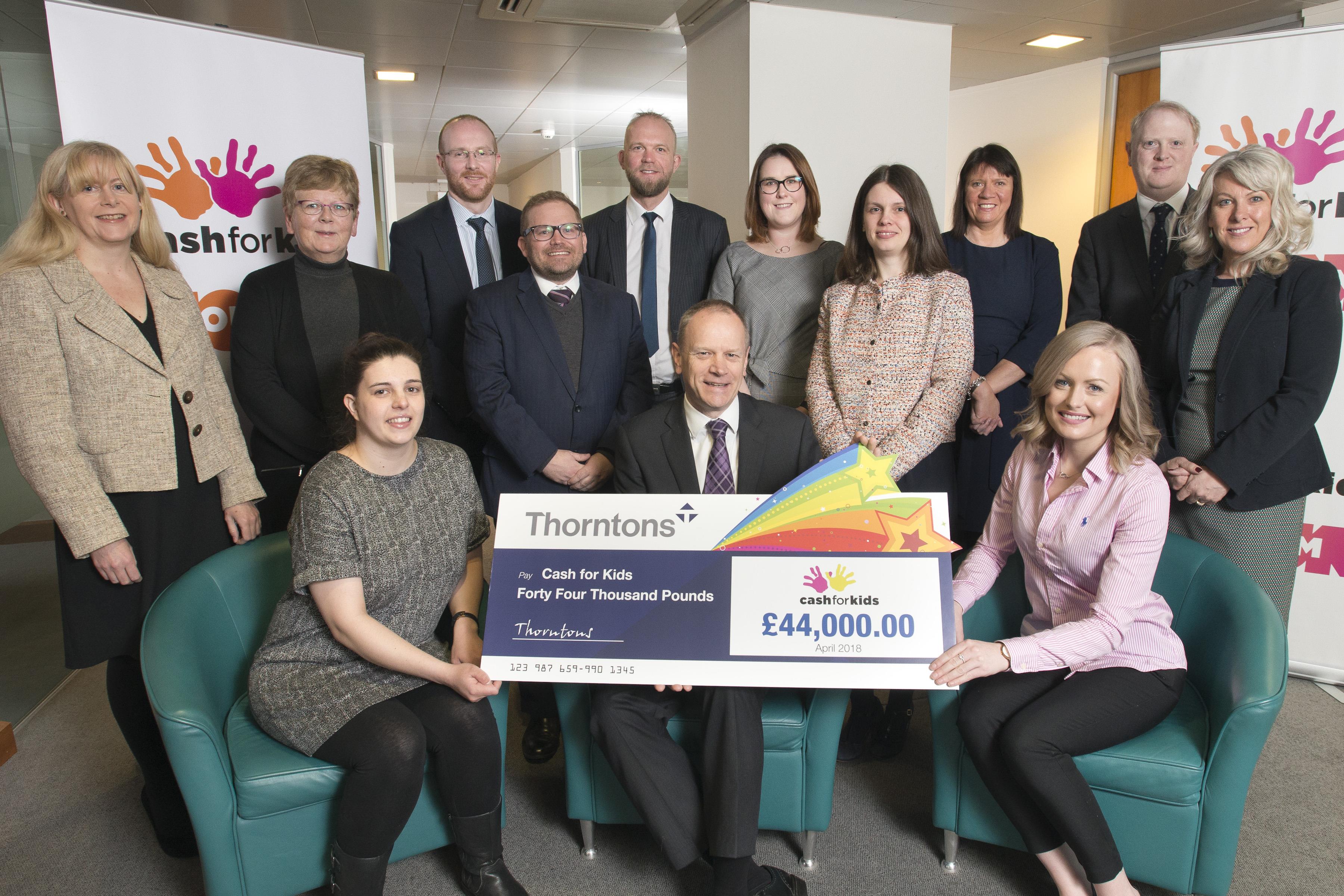 “Making a Will is something everyone in Scotland aged over 16 should be thinking about but people often fear it’s a costly and morbid experience,” said Lorna Goodfellow, Partner at Thorntons. “This isn’t the case and Thorntons Charity Wills month provided the ideal time to get affairs in order while supporting a local cause.

“We are committed to raising awareness and supporting local causes in the areas which our offices operate. The Charity Wills initiative is our longest running campaign – now in its 21st year and we’ve raised our biggest sum to date. It’s great to support Cash for Kids but also highlight the importance of having an up-to-date Will.

“Raising so much is fantastic and we’re delighted to present Cash for Kids with the funds which will support the vital work this charity does for children and families across Scotland.  We also want to thank all our clients for their generosity.”

Some of the causes to benefit from Charity Wills 2017/18 include Positive and Active Behaviour Support in Dundee, Perth and Kinross Family Focus Team, Link East Fife Mental Health Befriending Project, Murton Trust in Arbroath and more than 5,000 kids supported by the Mission Christmas Appeal.

Claire Heaton, Charity Manager for Radio Tay’s Cash for Kids, said: “We are extremely grateful for the continued support from Thorntons. Their Charity Wills Campaign in 2017 was the most successful yet – raising an amazing £44,000.  It’s thanks to the generosity of Thorntons and their clients that we have been able to transform the lives of disadvantaged children living in the local community.”