Scotland’s businesses, industry organisations and policymakers need to make “practical and tough decisions” to build an economy fit for the future, according to a report from the Fraser of Allander Institute.

Commissioned by Shepherd and Wedderburn to coincide with its 250th anniversary, Scotland in 2050: Realising Our Global Potential finds that difficult decisions are necessary both to deliver sustainable long-term economic growth and to continue to fund public services at the current level under the new Block Grant Adjustment agreed between Westminster and Holyrood.

Recognising the contribution Shepherd and Wedderburn’s clients make to the economy, the report aims to start a conversation with Scottish businesses and organisations active in all sectors of the economy to mitigate the challenges and seize the opportunities ahead in a rapidly-evolving global economy.

These insights will feed into a final report that will be published early next year to help inform the policy decisions made by the Scottish and UK governments.

Scotland in 2050: Realising Our Global Potential employs long-range macroeconomic modelling to produce new data and insights to set the scene for a wide-ranging conversation. Its key findings include:-

-For every 100 jobs directly supported by exports, an additional 66 jobs are supported indirectly.

-By 2050, the world population is predicted to grow by 28%, with much of this growth expected to be in emerging economies.

-Scottish productivity is currently 20% lower than the top-performing countries in the OECD. The Netherlands can produce in four days what it takes Scotland five days to produce.

-New and growing markets, investment in technology and innovation (including renewables) all provide significant opportunities for Scotland in the years ahead.

-Following the transfer of new fiscal powers to Scotland, growing the economy is more important than ever, with around half of Scotland’s budget determined by the relative performance of Scottish tax revenues.

-An annual 0.2% gap between Scottish and rUK devolved tax revenues per person would amount to a 4% budget gap over 20 years.

-Scotland’s working age population is forecast to fall over the next decade, while the comparable age group within the UK as a whole is expected to rise.

The study suggests business leaders and policy-makers will need to address the following questions to help Scotland best position itself for the years ahead:

-What can we learn from other countries and/or industries to boost our export ambitions?

-What risks and opportunities have you identified under different Brexit scenarios?

-How will Scotland raise external demand for its products and services, in particular from the major emerging economies?

-Should Scotland’s international ambition focus on a clear plan of ‘what works’ rather than trying to be ‘all things to all people’?

-How can Scotland capitalise on new and emerging technologies, encourage entrepreneurialism and maximize the research potential of its universities?

Professor Graeme Roy, Director of the Fraser of Allander Institute at the University of Strathclyde, said: “This report sets out some of the key global trends that will shape Scotland’s economic future. In doing so we’ve also highlighted where there are opportunities for Scotland to grow and prosper.

“Whilst Brexit uncertainty continues to dominate current thinking, it is vitally important that Scotland’s business leaders, industry bodies and politicians do not lose sight of the wider opportunities, challenges and global changes that Scotland faces in the years ahead.

Paul Hally, Chairman of Shepherd and Wedderburn, said: “We commissioned the Fraser of Allander Institute to conduct this landmark research project to inform a conversation that will help us identify the sectoral strengths, strategies and policies that will best serve our nation in the years ahead. We look forward to businesses and industry organisations bringing their unique perspectives to this important conversation and helping shape our economic future.” 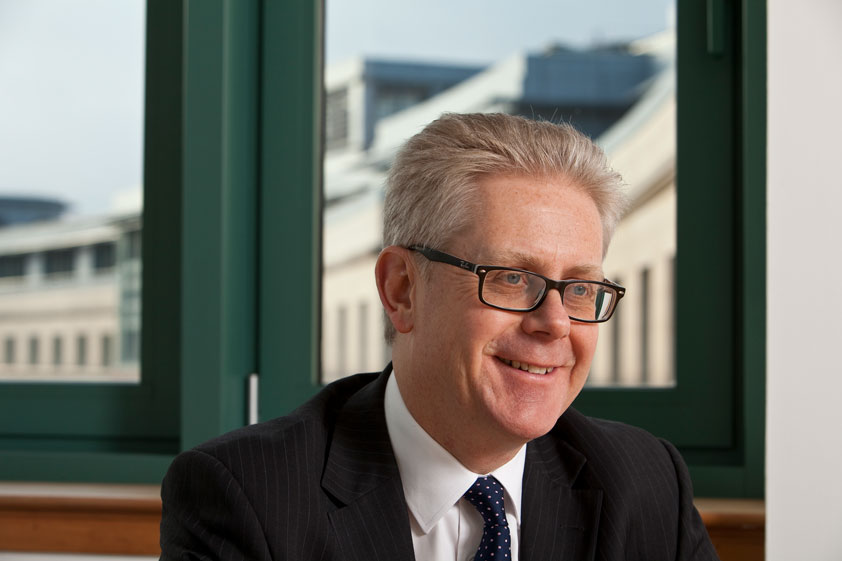