SELECT is taking its campaign for regulation of the electrical industry to the Scottish Parliament this week in a bid to keep the issue firmly in the public eye.

Scotland’s largest trade association has secured prominent exhibition space at Holyrood, where it will spend three days engaging with MSPs and other groups about the urgent need for Protection of Title for the profession of .

The move comes amid concerns that ongoing uncertainty around Brexit and the upcoming general election could derail efforts to promote better safety standards in Scotland.

He said: “We are delighted that so many individuals and  have already backed our Wall of Support campaign and  the need to regulate safety standards in the electrical industry. 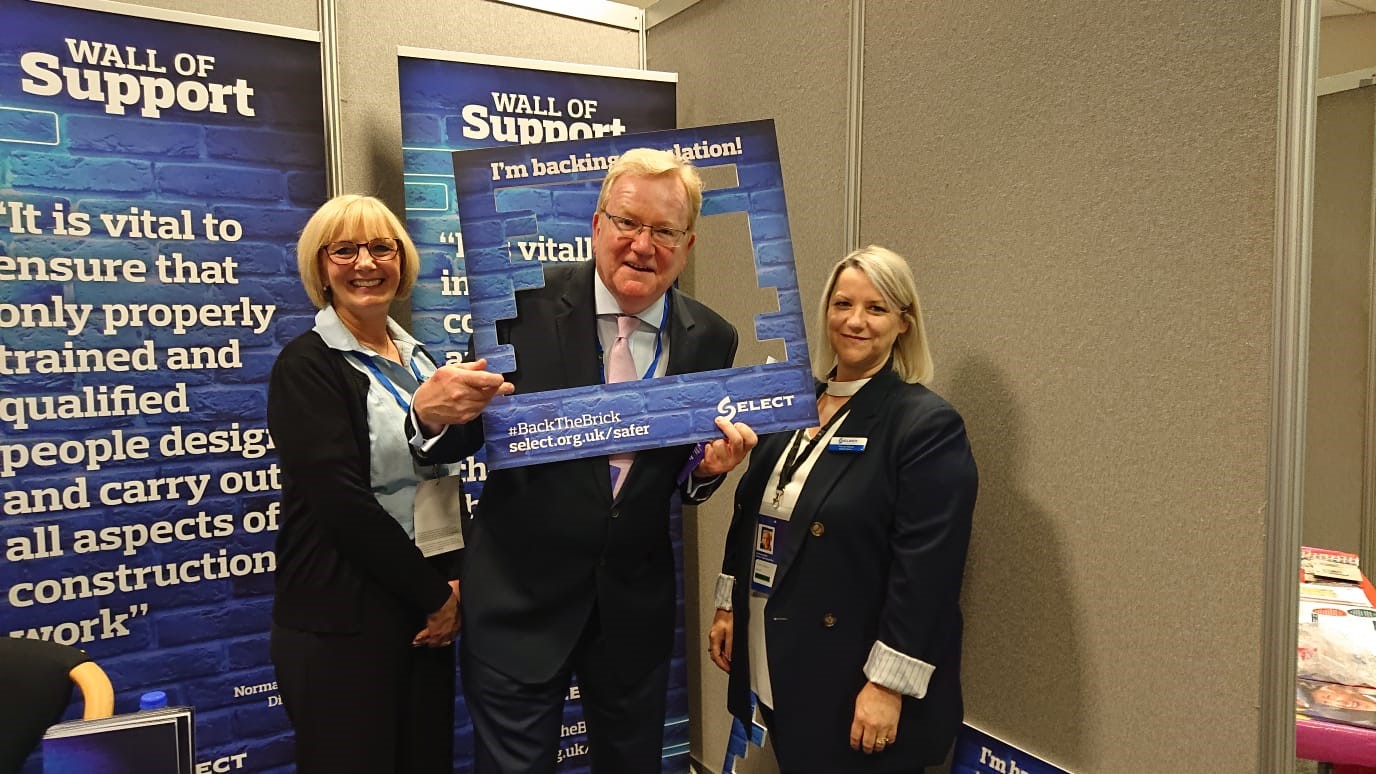 “We are also delighted that, as part of its 2019-20 Programme for Government released in September, the Scottish Government has pledged to publish a consultation on the regulation of electricians.

“However,larger political circumstances have now unfortunately overtaken most immediate domestic concerns. These wider, unprecedented issues can’t be allowed to detract from the governing requirements to ensure the day-to-day safety of our citizens, as well as the security of our business environment.

“It’s vital that the issue of regulation isn’t kicked into the long grass and that it continues to be a prominent issue at Holyrood and beyond.”

Alan and other representatives from SELECT will be at Holyrood from Tuesday 12 to Thursday 14 November, delivering their message at a special exhibition stand sponsored by MSP Jamie Halcro Johnston. 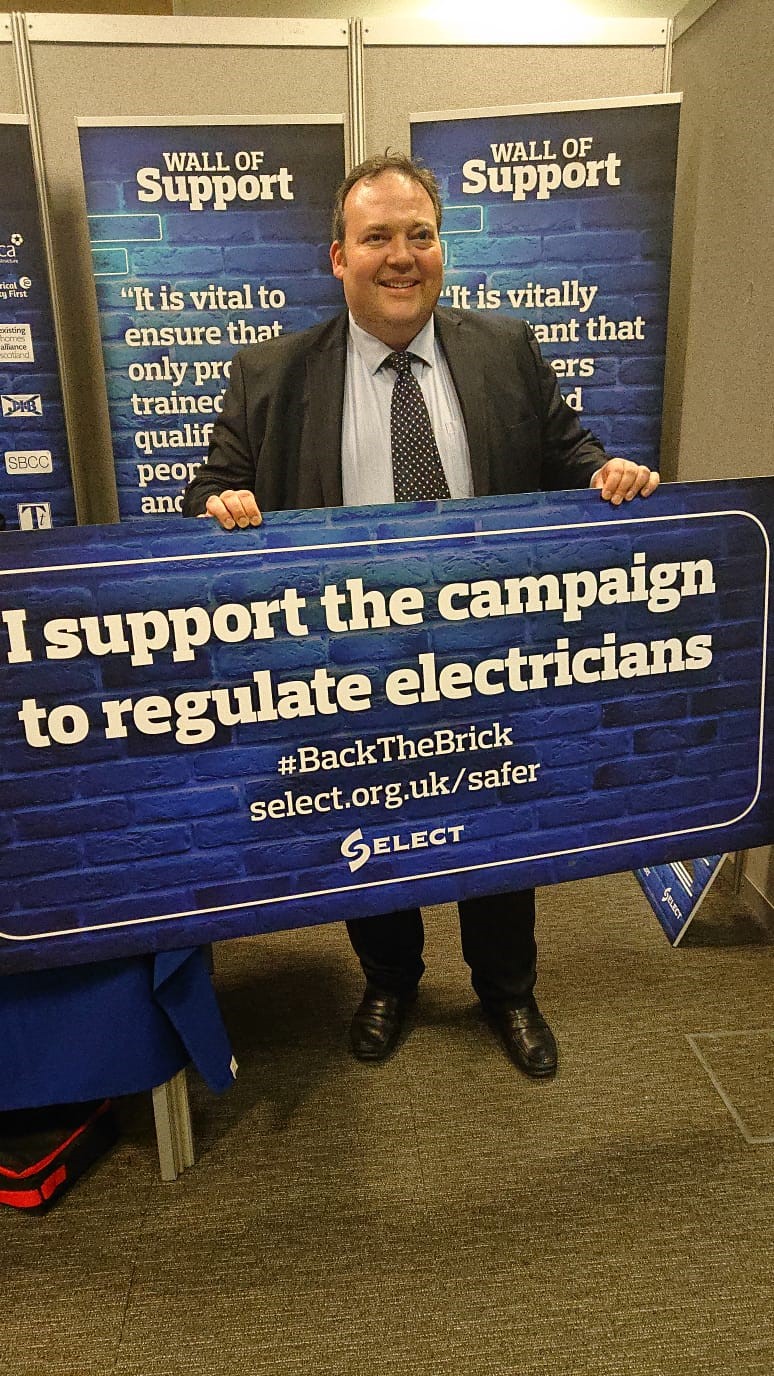 The association hopes to gather more political support for its fast-growing campaign, which has already garnered significant cross-party backing from MPs and MSPs from the Liberal Democrats, Conservatives, Greens  SNP.

SELECT’s appearance at Holyrood comes during a busy week of public activity. It will also be exhibiting at the Scottish Letting Day at Dynamic Earth on November 12 and Meet the Buyer at Hampden Park on November 13, hosted by the Supplier Development Programme.

Alan added: “Our ongoing activity at a range of events is a critical step towards the generation of greater trust between consumers and the industry, and helps spread our message that safety is paramount in all types of construction work, from  contracts to smaller domestic jobs.”

It has been estimated that as many as 16% of domestic electricians in Scotland are either unqualified or under-qualified to safely carry out such work.

SELECT is now pushing for regulation to ensure that anyone calling themselves an electrician is actually qualified to carry out the necessary work.