Scottish speaker agency Speaker Buzz is off to a flying start in 2020 with the news it has taken on its biggest client to date – the world-renowned athlete, Nike Running Ambassador and women’s rights activist Manal Rostom. 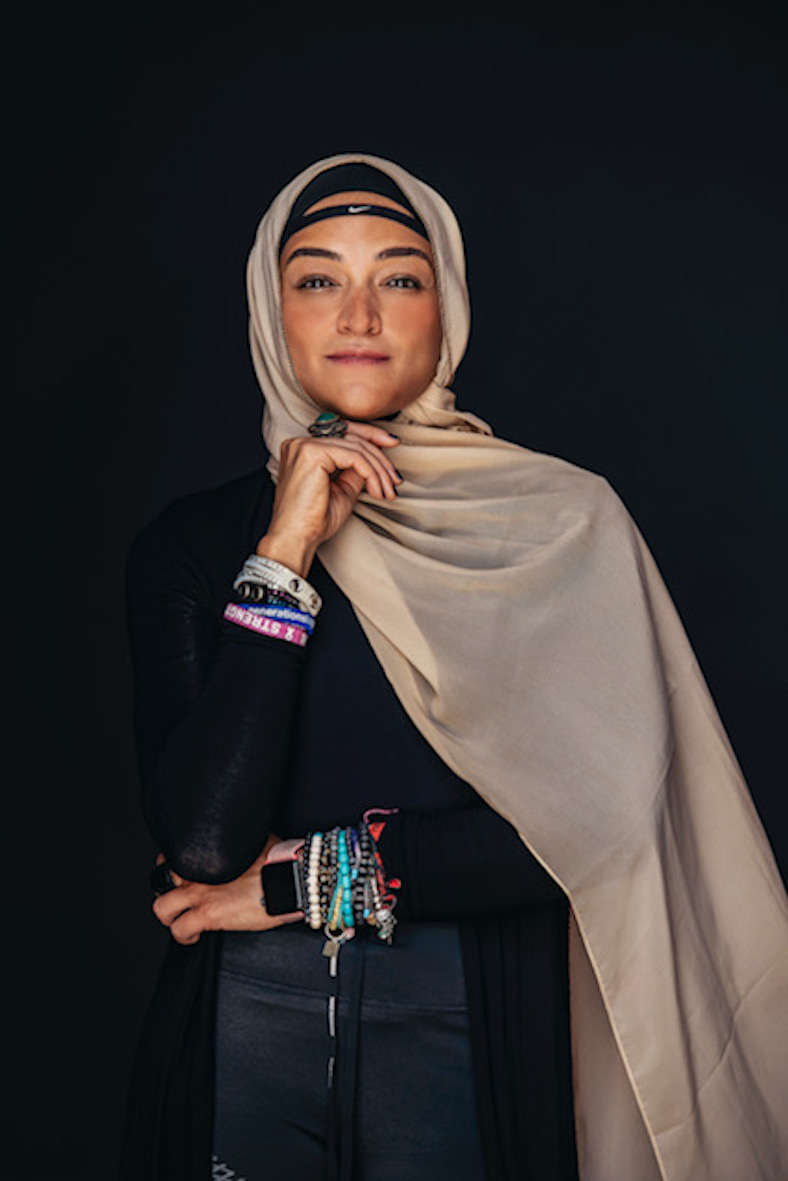 The Dubai-based Egyptian athlete rose to prominence after founding the Surviving Hijab Facebook group and went on to collaborate with Nike to create the Pro Hijab, a performance hijab. In 2019, Rostom featured as the face of Nike’s global ‘Dream Crazier’ campaign – as featured here.

Rostom, who also undertakes major challenges such as mountaineering and marathon running, now uses her voice as a speaker to raise awareness of the hijab and of women’s rights on the global stage. 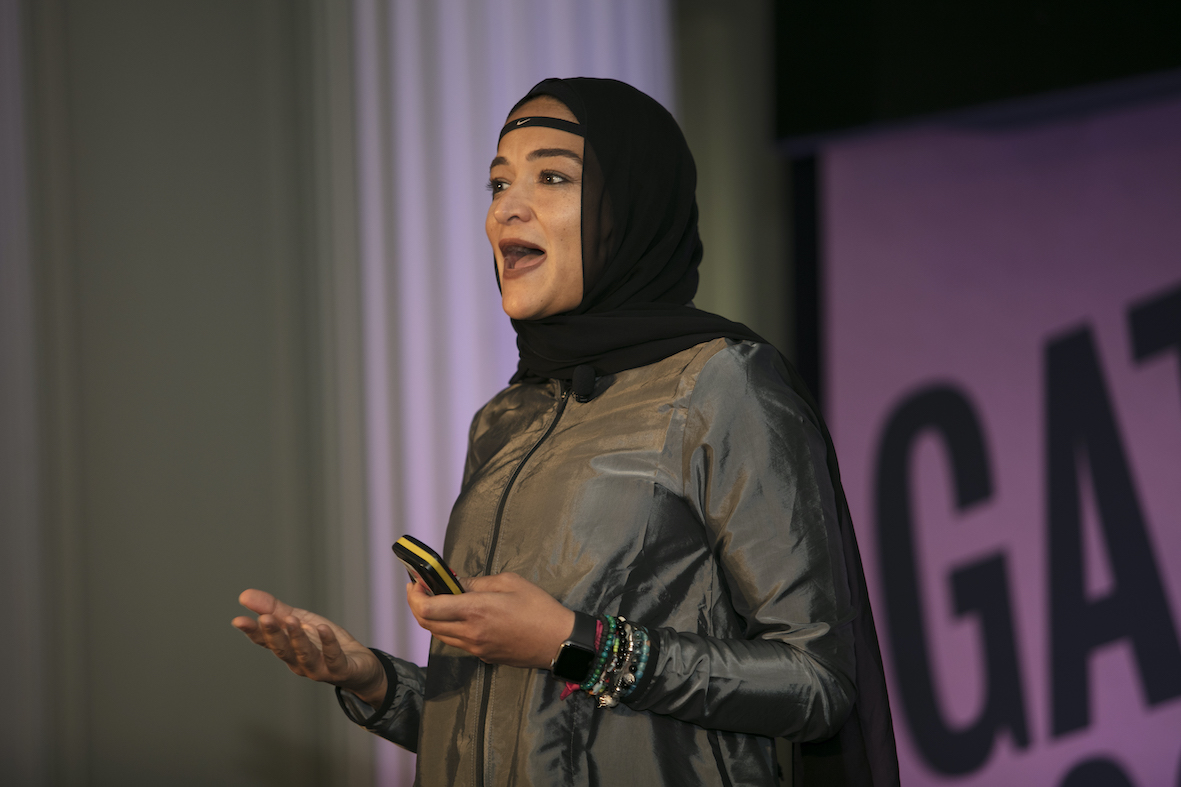 Edinburgh-based Speaker Buzz exclusively represents a growing roster of handpicked motivational speakers who focus on inspiring individuals and organisations to make positive changes and a difference to the world.

Rostom’s work with Nike and as a campaigner followed her success founding Surviving Hijab, the renowned women-only Facebook Group which helps defy stereotypes and empower women who wish to wear the hijab as a sign of faith.

Launched in 2014, the group now has more than 720,000 members.  Rostom was invited to give a speech at Facebook’s headquarters in California to share the story of her success. After the talk, Sheryl Sandberg, chief operating officer at Facebook, said: “Manal, you are such an inspirational force! Thank you for sharing your story. It’s voices like yours that help bring our mission of building community to life in a meaningful and memorable way.” 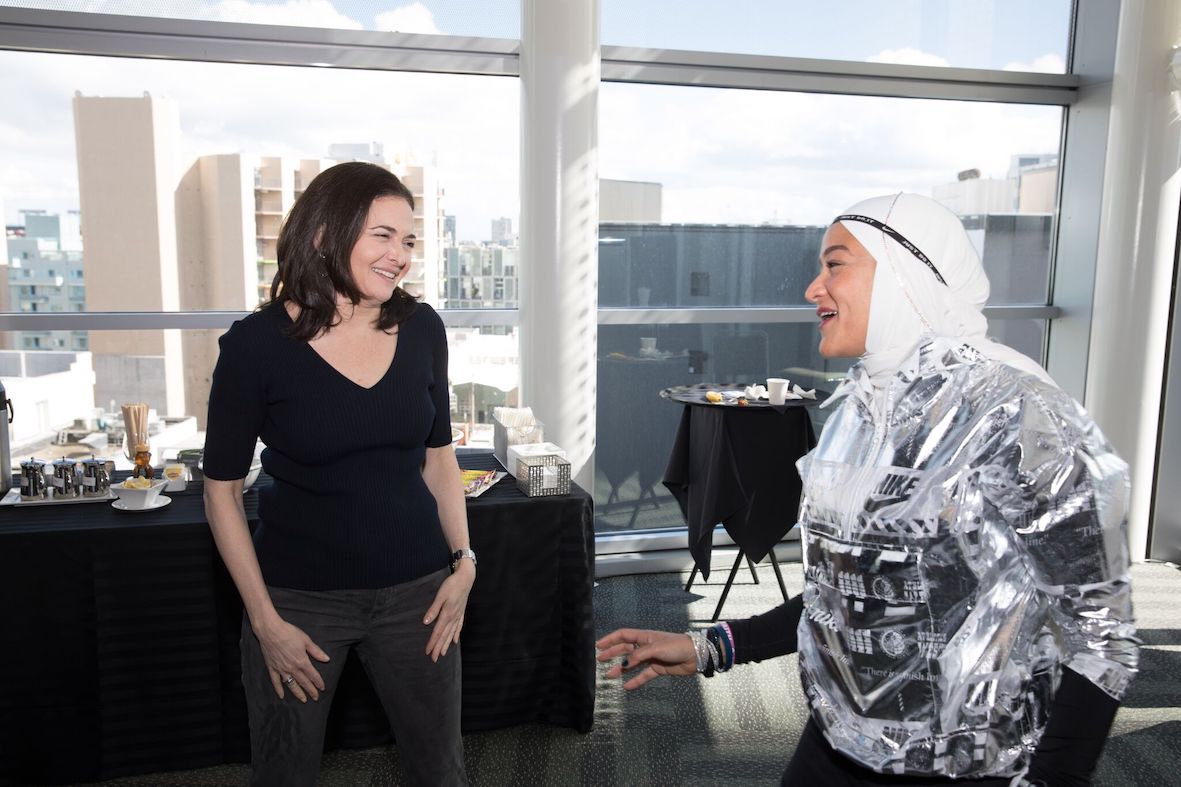 In her talks, Rostom shares her story and inspires individuals and organisations to make changes that break down barriers, encourage inclusivity, change perceptions and spread tolerance.

Among her many goals, she is currently bidding to become the first Egyptian to finish the world’s six major marathons and the world’s seven highest summits by 2021.

Rostom, who lives in Dubai and previously spent several years working in the pharmaceutical industry, said: “I met Debbie [Byers, Speaker Buzz founder] at the WACL Gather event in Edinburgh’s Signet Library last year and instantly felt a connection. I’m impressed by her aims and ambitions with Speaker Buzz and very excited about working together. We both want to make a difference to the world through our work and I’m looking forward to seeing what we can achieve together.”

Debbie Byers, Speaker Buzz’s founder, added: “Meeting Manal and hearing her speak was a great moment for me personally. She’s a remarkable woman with a story and voice that is listened to around the world. Speaker Buzz is built on the idea of speakers who want to make a difference to the world and inspire others to do the same and Manal embodies that. I’m very proud to be representing her as Speaker Buzz grows to working not only in Scotland and the UK but around the world.”