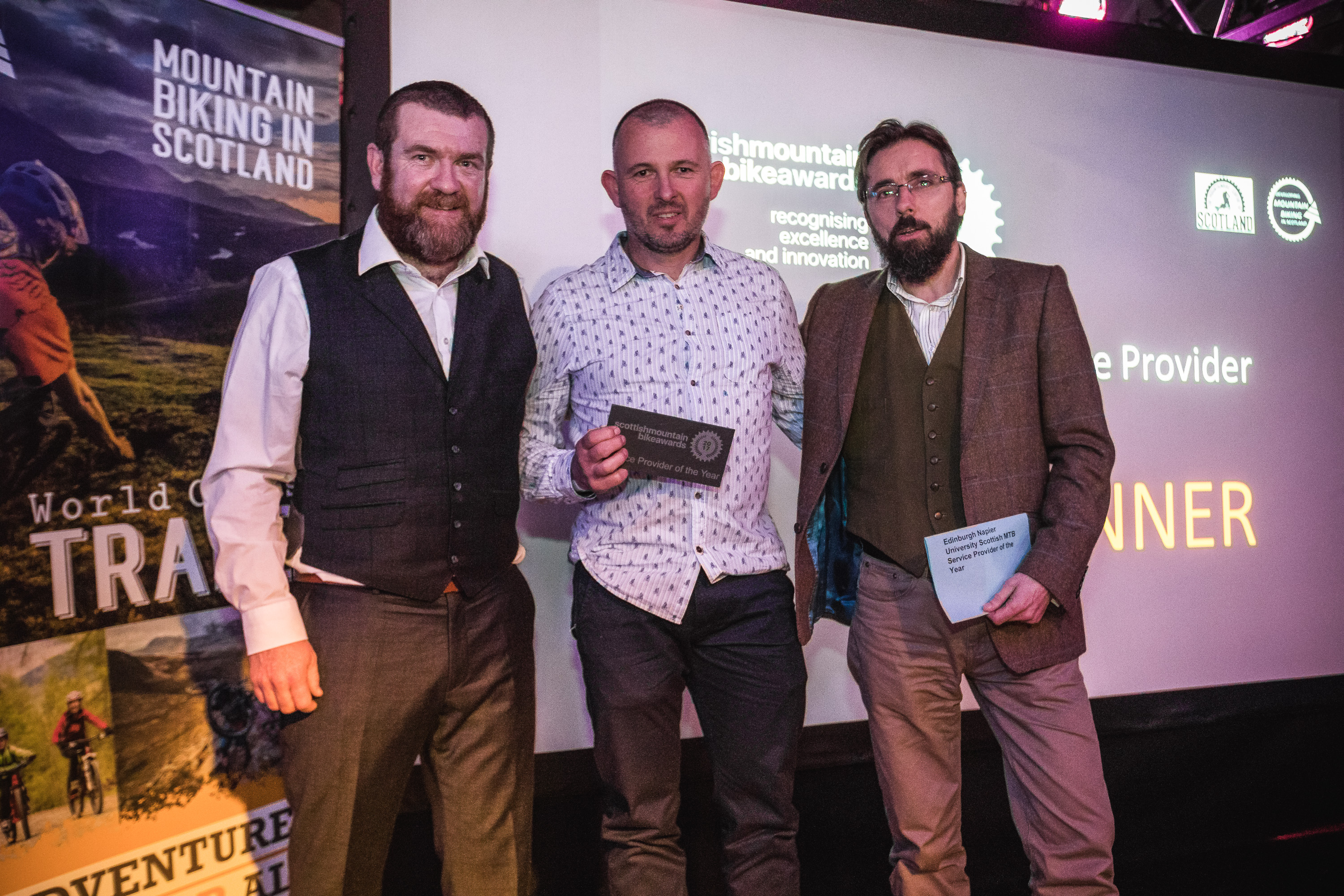 The stars of Scotland’s mountain bike scene have been recognised at the annual Scottish Mountain Bike Awards.

Organised by the Mountain Bike Centre of Scotland and Developing Mountain Biking in Scotland, more than 150 guests attended the awards evening last Thursday (16 November) at the Drygate Brewery in Glasgow.

A total of 13 awards were presented to riders, businesses, clubs, event organisers, community groups, tourism and services companies who have excelled throughout 2017.

A public vote was held for the Mountain Bike Rider of the Year with Katy Winton and Lewis Buchanan taking home the prizes. Both ride for Trek Factory Racing in the Enduro World Series.

The Best Mountain Bike Event was once again won by the Tweedlove Bike Festival.

Milngavie-based Flaer took home the Best Scottish Exporter award, with the Best Business to Academic Collaboration award going to the University of Strathclyde and ByCyclogical for their work developing an innovative cycling storage device. Cleikum Mill in Innerleithen won the MTB Friendly Accommodation award and Off the Grid won the Best Service Provider prize.

Danny Cowe, co-presenter of the evening and business development executive of the Mountain Bike Centre of Scotland said: “The awards evening was a fantastic opportunity to showcase and celebrate all the fantastic achievements within the Scottish mountain bike community. With such a large turnout on the night and with over 65 nominees throughout the categories, it shows that the sport and industry is in a strong place.”

Graeme McLean, project manager of Developing Mountain Biking in Scotland, said: “We know that there is still issues and challenges in Scottish mountain biking, and we are working hard to solve them but we do need to take the time celebrate our successes. By bringing everyone together we can highlight and promote the great range of activity which is happening in Scottish mountain biking. We are always inspired to hear how our community, clubs, businesses and riders are punching above their weight in the world of mountain biking.”