Falkirk based ABC Events had their Premier League debut at the weekend featuring on the Norwich City Mascot Captain Canary. 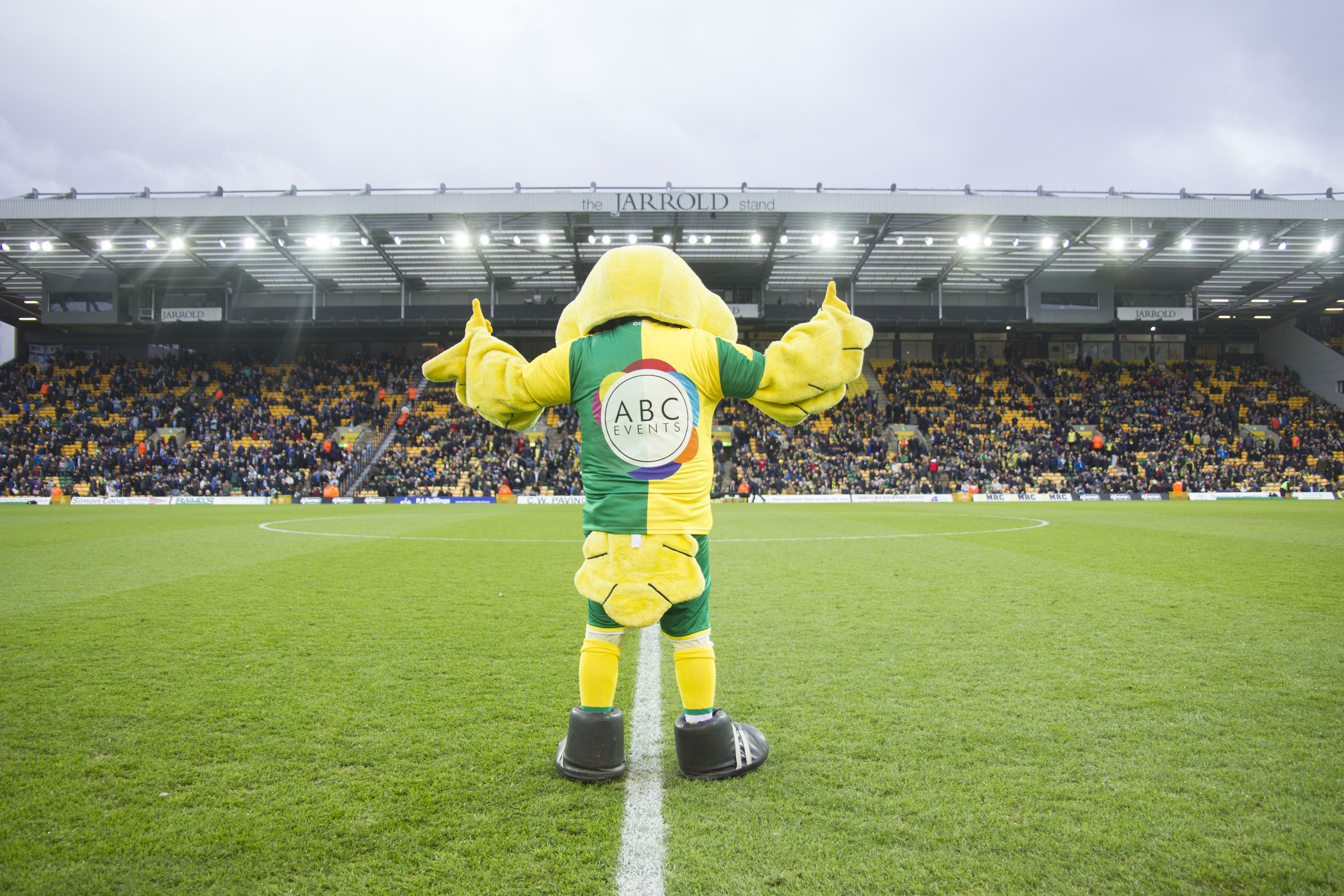 In December 2014 Bob Scott took over the Events Company with a clear vision of transforming the business from equipment hire to full event creation and management. 2015 saw ABC Events make a big impact in the Scottish market taking on major clients from the financial, oil and gas and telecommunications industries. With the rebrand under their belt they have been a force to be reckoned with and have seen a sales increase of 25%.

Now they are expanding their reach with the opening of a London based sales office and have been named as the preferred supplier at Norwich City.

“2015 was an amazing year for ABC Events and the team, we have worked hard to establish ourselves within Scotland and it has certainly paid off. Our year two plan was always to put a greater focus on the rest of the UK so when the opportunity arose with Norwich City we couldn’t say no. The facilities are fantastic and lend themselves well to indoor teambuilding, awards ceremonies, conferences and so much more. The steps we have taken in the last year as a company are amazing and I can’t wait to see where 2016 takes us.’ Bob Scott, Director ABC Events.

ABC Events will be a regular around the Carrow Road Stadium which offers clients the choice of 17 Function Rooms to suit a host of events and of course Delia’s superb Canary Catering options.

“Everyone at Norwich City Football Club is delighted to announce our preferred supplier partnership with ABC Events. They are experts in their field and we will really benefit from using their services and building a long term and trusted relationship with them. We look forward to working together on many projects” Ben Kensell – Commercial Director, Norwich City Football Club