The ScotRail Alliance has unveiled a train carrying the MND Scotland logo, as part of its ongoing support of the charity.

Ahead of Motor Neurone Disease (MND) Awareness Week – which runs 18-24 June – the ScotRail Alliance has swapped the ScotRail saltire for the MND cornflower on a Class 170 train. 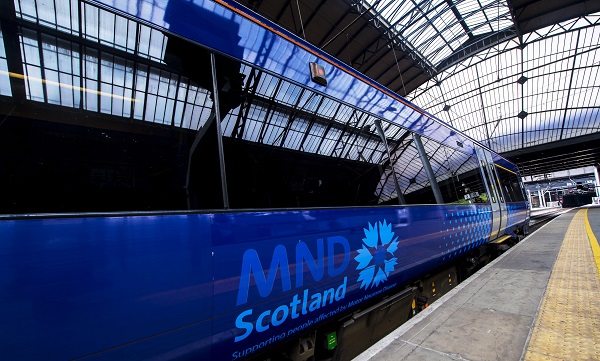 The train will be in service on the Edinburgh – Glasgow Queen Street via Falkirk route, and other routes across the country.

From a high-octane charity sky dive to a more sedate dress down day, ScotRail Alliance employees will take part in a series of events during MND Awareness Week, to raise funds to find a cure for the devastating disease.

Since MND Scotland were named as the official charity partner of the ScotRail Alliance in 2017, customers and employees have raised more than £104,000 – well ahead of the £150,000 target for the full three-year partnership.

“It’s fantastic to work so closely with MND Scotland, and to help find a cure for this most terrible of diseases.

“Through the generosity of our people and our passengers, we’ve raised an incredible amount in such a short space of time – but there’s much more we can do.

“By branding one of our trains with the cornflower logo, we can continue to raise awareness of Motor Neurone Disease well beyond MND Awareness Week.” 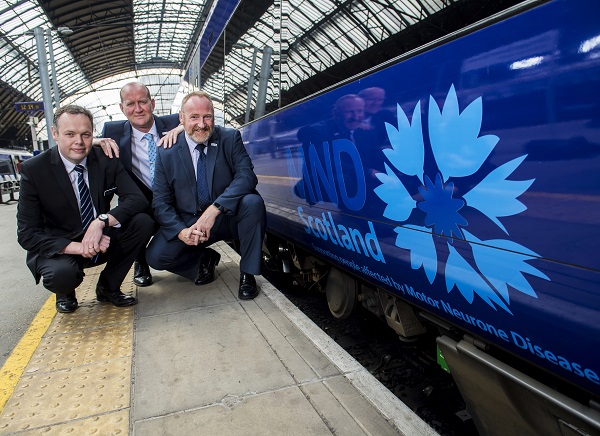 “I want to thank the ScotRail Alliance for inviting us along to help unveil this fantastic MND Scotland-branded train ahead of MND Awareness Week.

“I can’t think of a better way for us to work together to raise awareness of Motor Neurone Disease, and the vital work of MND Scotland, amongst the travelling public.

“MND Scotland is the only charity providing information, care and support to people affected by MND in Scotland, as well as funding cutting-edge research towards a cure.

“The ScotRail Alliance first pledged to join us on our ‘journey to a cure’ following a staff vote in 2017. So far, their incredible staff members have helped raise more than £104,000.

“This money is having a big impact on the lives of people with MND in Scotland and I’m looking forward to what we can achieve over the remainder of the partnership.” 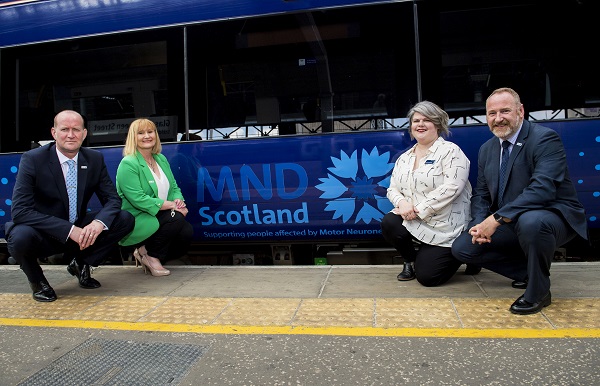