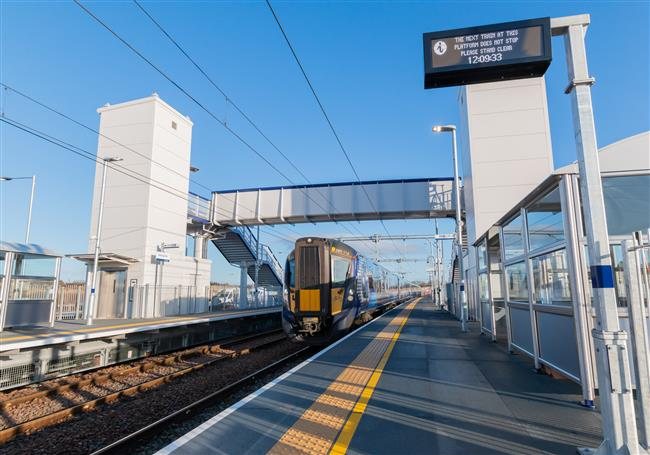 The new £14 million station scooped the prestigious prize in the Transport Team/Partnership of the Year category.

The new station is helping to unlock further economic development in the area, with a proposal for a new 1,600 strong housing development, connecting Robroyston and Millerston residents to Scotland’s two largest cities.

The construction of the new station was made possible by joint-working and funding by ScotRail, Network Rail, Transport Scotland, Strathclyde Partnership for Transport (SPT), and Glasgow City Council. The main contractor was AMCO.

Now in its 18th year, the prestigious Scottish Transport Awards 2020 brings together the transport community to recognise and celebrate industry achievements across Scotland.

In addition to the success for Robroyston, ScotRail was also nominated for the following awards:

“We are delighted that the hard work of all of the partners involved in the Robroyston station project has been recognised at the very highest level of the transport industry.

“Robroyston station is central to attracting more investment in the local area and creating new low-carbon travel opportunities. It proves the power of the railway as a key driver of the economy.”

“This is fantastic news and a reflection of the strong partnership working which delivered this new station, one which will act as an enabler for economic growth in this area and beyond.

“Promoting and delivering expanded use of electric rail services is a central theme in our plans to decarbonise passenger services by 2035. This investment in not only Robroyston station itself, but the facilities it brings to the local area, sets down a marker on how we can encourage more people out of their cars onto low-carbon forms of transport.”