ScotRail customers at Haymarket station have been treated to an orchestral performance. 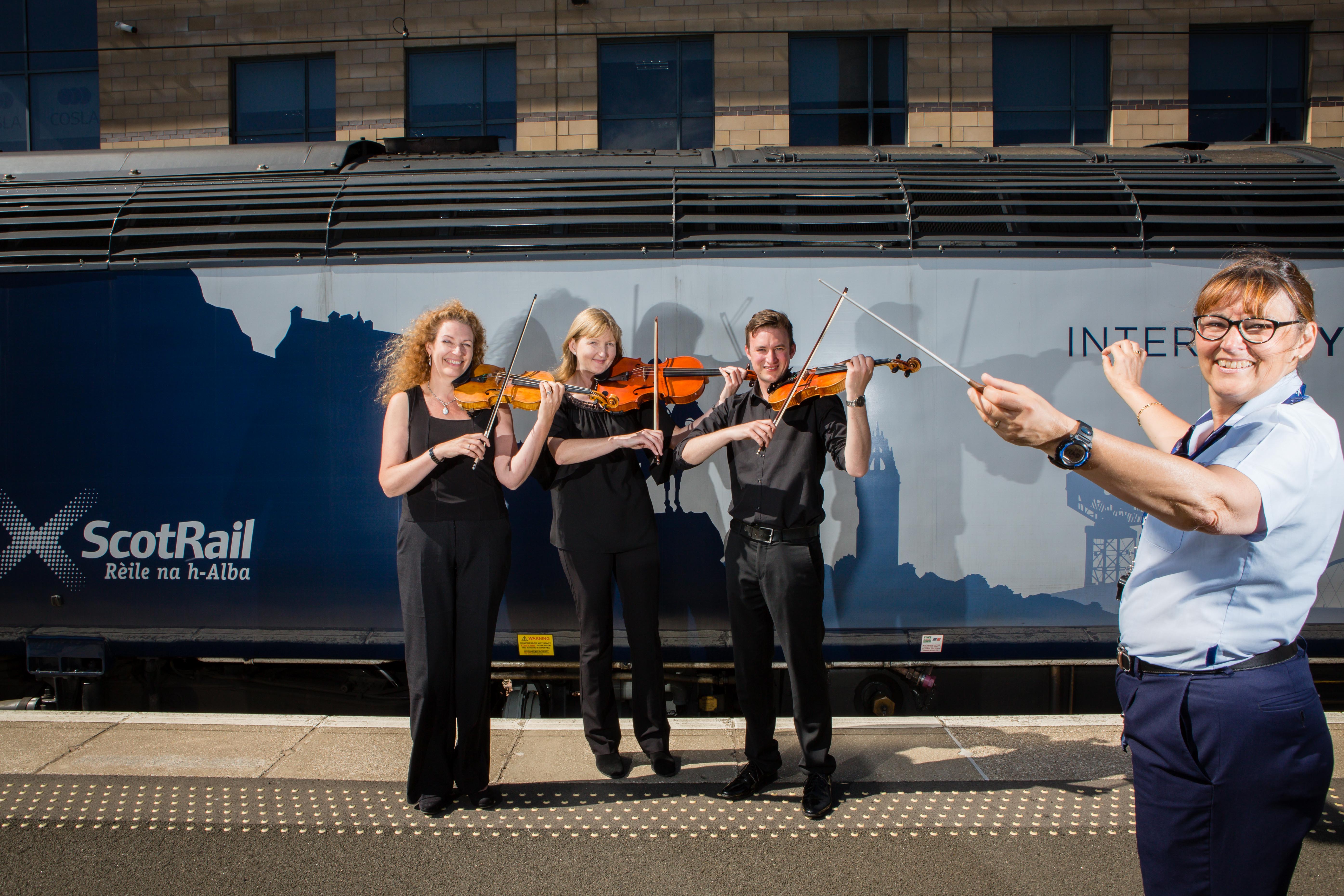 As part of the concert, ScotRail Conductor Caroline MacFarlane swapped a ticket machine for a baton and led the orchestra.

ScotRail has supported the RSNO since 2008, when it became the official travel partner to the orchestra.

And to say thanks, the RSNO has created an exclusive Spotify playlist for ScotRail customers to enjoy on their journey. The playlist can be found at rsno.org.uk/spotify.

“ScotRail has been a valuable partner for the RSNO for the past ten years, helping our musicians travel the length and breadth of the country in fulfilling our role as a national performing arts organisation.

“Over the next two weeks we will be relying on them again to help as we travel over a thousand miles across the country to reach our audiences in Glasgow, Edinburgh, Aberdeen, and Dundee. We would like to thank ScotRail and its customers with this gesture of goodwill.”

“We’re proud to be the official travel partner of the Royal Scottish National Orchestra.

“Our collaboration allows for such wonderful music to travel the length and breadth of Scotland.”