A plaque has been unveiled at East Kilbride railway station to celebrate the 150th anniversary of the official opening of the Busby to East Kilbride line.

The ScotRail Alliance has marked the anniversary by unveiling a plaque at East Kilbride station.

The history of the route began in 1863, when the Busby Railway Company began work building a railway that stretched three and a half miles from Pollokshaws West through Giffnock and Clarkston to the thriving textile town of Busby. 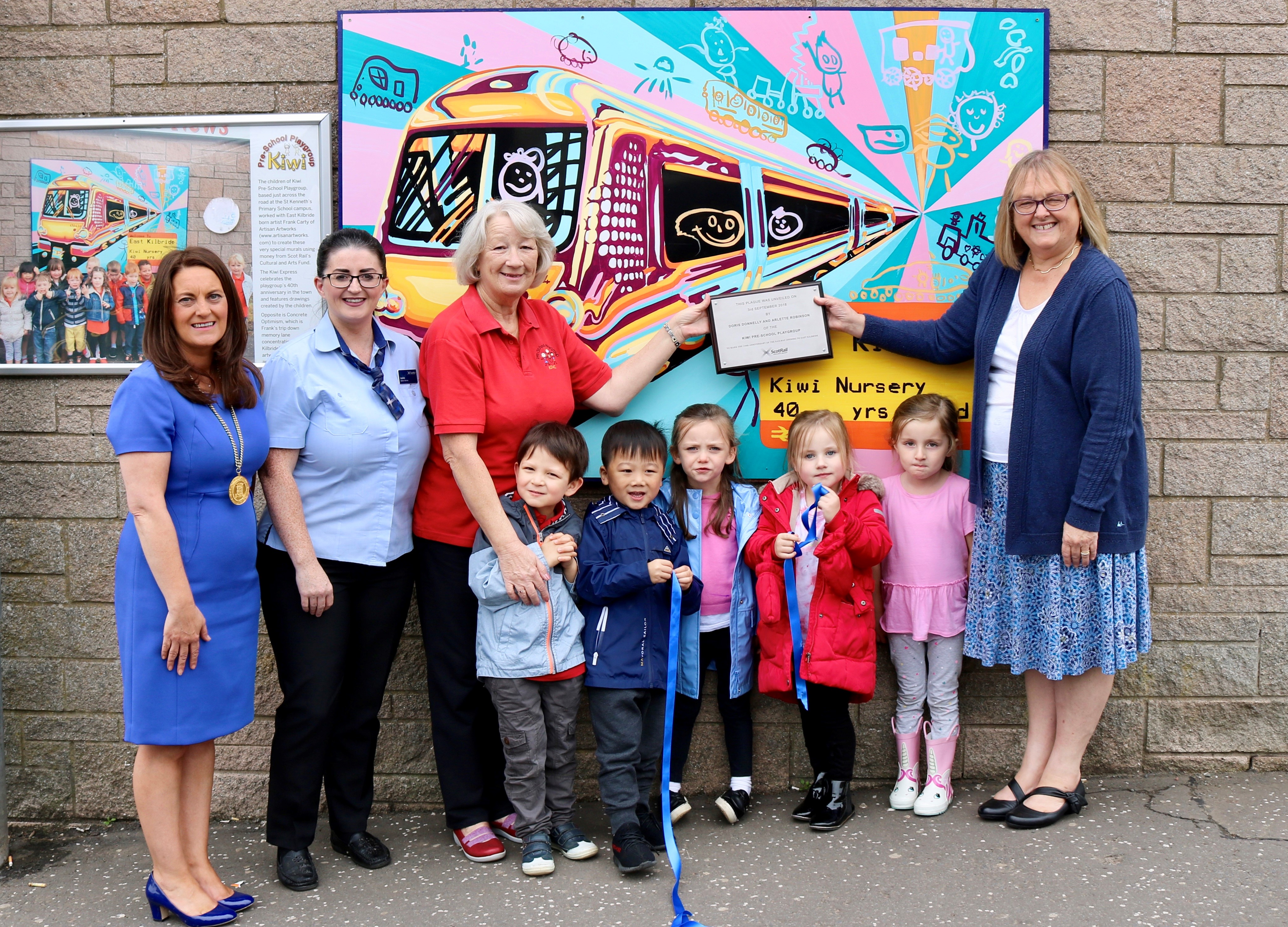 During construction of the route, the decision was made to extend the line to the farming village of East Kilbride. Passenger services on the extended section to East Kilbride began on 1 September 1868.

The East Kilbride line almost closed in March 1963, following the Beeching Report on the reshaping of British Railways, however a vigorous campaign led by community activists Jack and Helen Broadbent resulted in it becoming one of only seven routes in Scotland to be granted a ministerial reprieve.

When ScotRail introduced Class 156 trains in 1989, the line went from strength to strength. A new timetable resulted in trains every 30 minutes and a passing loop at Hairmyres improved reliability. The first Sunday train service began in 1996 and longer platforms were built in 2004 to accommodate six-car trains, providing more seats and a better service for customers.

East Kilbride Station has been adopted with planters maintained by South Lanarkshire College and by the Kiwi Preschool Playgroup.

“It’s great to be able to celebrate East Kilbride station’s place at the heart of its community.

“The line has been a phenomenal success, and as we work to build the best railway Scotland has ever had, we will continue to make a difference to the communities we serve.”