The ScotRail Alliance has today announced that it is extending its charity partnership with MND Scotland for a further two years.

The initial three-year partnership aimed to raise £150,000 to fund vital research, raise awareness of MND, and to help support the people who are living with it. 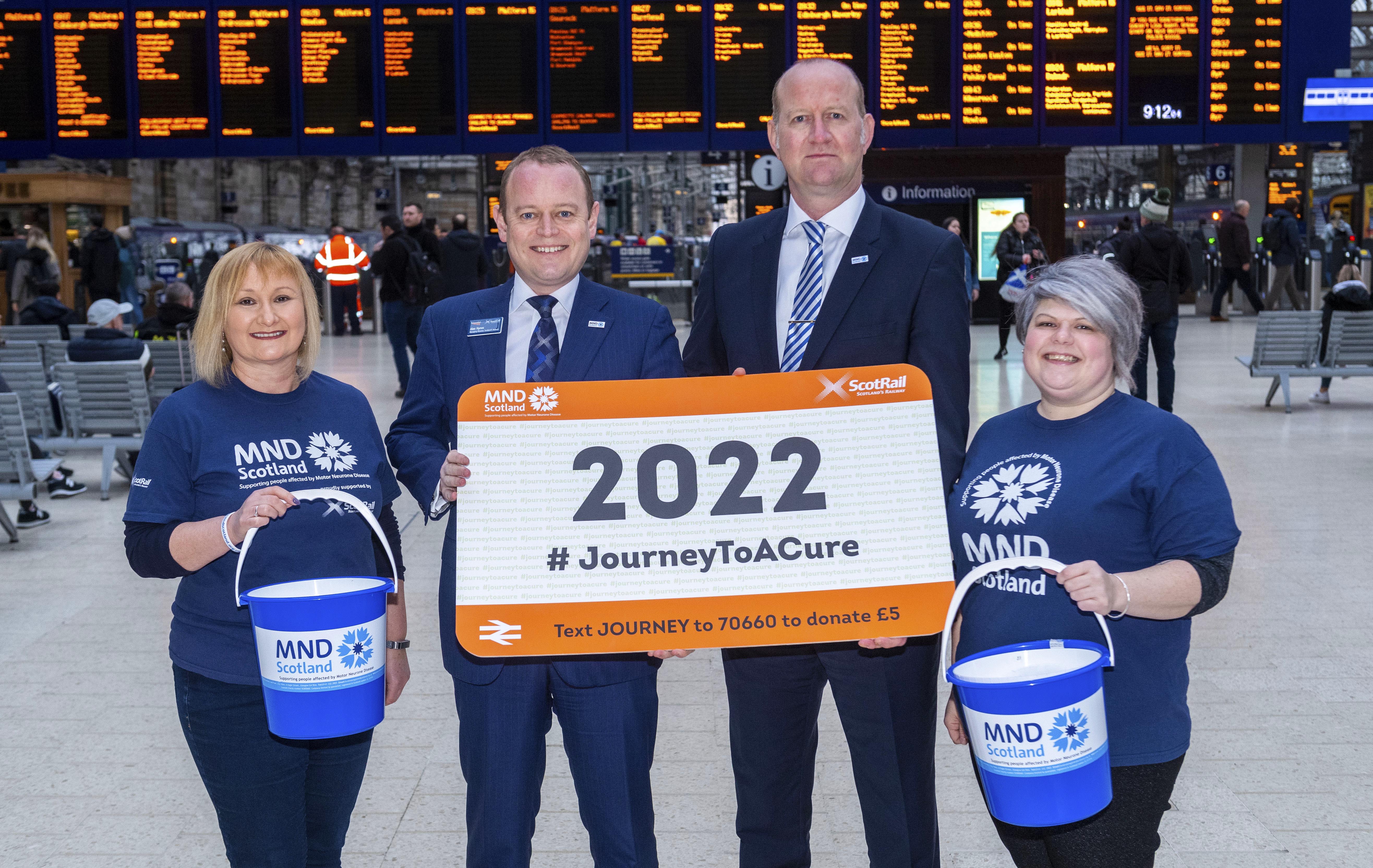 Since 2017, the ScotRail Alliance – a partnership between ScotRail and Network Rail Scotland – has smashed that fundraising target, raising a whopping £255,000 through staff fundraising, customer donations, and gifts in kind such as free advertising at stations and on ScotRail trains.

Those funds are already helping to fund a ground-breaking clinical drug trial for motor neurone disease which aims to find treatments that can slow, stop or reverse progression of the terminal disease.

Over the next two years, the ScotRail Alliance hopes to raise even more funds for MND Scotland, through a variety of charity events.

“I am absolutely delighted that we will be continuing our work with MND Scotland until 2022.

“MND Scotland is an incredible charity doing extraordinary work right across our country, and the recent drug trials show just how valuable our fundraising efforts can be.

“I’m really proud of our people and customers who have helped to raise more than £250,000 for this great cause so far, and I’m looking forward to raising even more over the next two years.”

“We are delighted that the ScotRail Alliance are going to be joining us on our journey to a cure for another two years.

“We have been blown away by the support we have received, from staff jumping out planes and organising coffee mornings, to customers donating across the country, and advertising which has helped raise awareness with commuters throughout Scotland.

“Thanks to the generosity of supporters like this we have been able to fund the most comprehensive MND drug trial in a generation. This trial will be open to almost every person with MND in Scotland and we hope will lead to finding effective treatments and ultimately a cure for MND.”