Companies from across the country took part in the national final of Business Fours on Wednesday playing to win a sizeable charitable donation for their chosen cause.

The events have been supported by sponsors Kinetic Demolition and a host of supporting industry partners including the Scottish Open who supplied the charity raffle prizes and organisations such as the Edinburgh, Glasgow and Aberdeen Chamber of Commerce’s, Scottish Property Federation, Scottish Construction Now, Scottish Housing News, ScotlandIS and Scottish Financial Enterprise

A range of sectors were represented at the finals day with players from law firms like Turcan Connell, Anderson Strathern, playing for Downs Syndrome Scotland and SAMH respectively. Surveyors Malcolm Hollis and Shepherds both playing for the RICS Scotland Pledge 150 campaign for LandAid.

It was Edinburgh based interior design firm Riddle & Coghill who came out the victors and won over £2,500 for their chosen charity, MND Scotland a cause close to the hearts of both directors on the winning team. 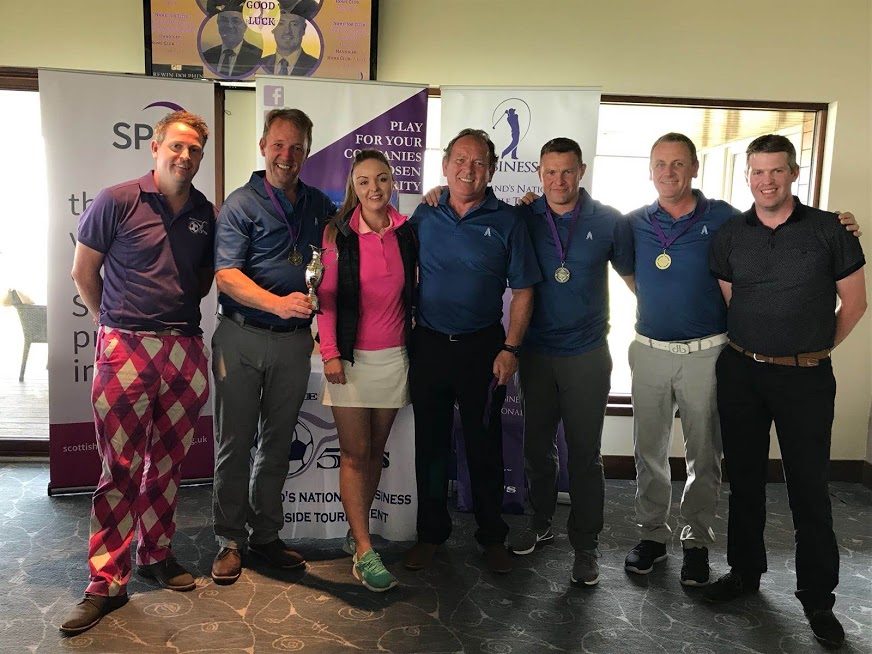 Director Gus Riddle said “We’re thrilled to have won the Business Fours event and have had a great 2 days across both events, the cracking weather helped.  To take home the donation for MND Scotland is something which means a lot to us having watched a close family member suffer the fate of motor neurone disease.  We’d encourage any business thinking about getting involved to give it a try.” Alongside team members Marc Teague from MNM Developments and Iain MacIntosh at Dunedin Security the team had a combined stableford score of 151 points.

Morag McGown, MND Scotland’s Corporate Partnerships Manager, said “I’d like to say a huge thank you to everyone at Riddle & Coghill for their continued support. The Business Fours golf tournament is a fantastic event and we’re delighted that the team at Riddle & Coghill won this year, raising an incredible total for MND Scotland. This money will allow MND Scotland to continue supporting people affected by Motor Neurone Disease across Scotland, and fund vital research into a cure for this devastating illness.”

Sponsors Kinetic Demolition supported the charity donation for the runners-up and £600 will be going to Alzheimer Scotland after the Equator Scotland team had some fine individual scoring to finish in second place for the second year running.

In the individual prizes Stevie Hastie from Edinburgh Airport was closest on hole 8, while Aberdeen based Oil and Gas firm professional from Exceed, Bart van De Laar hit the nearest the pin on the 17th. 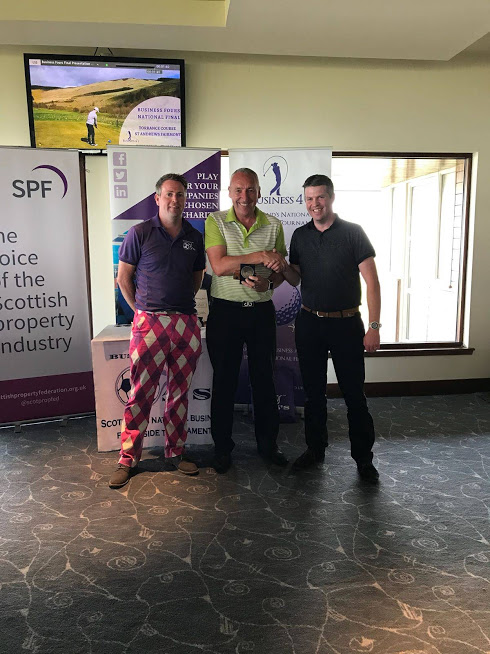 On the longest drive hole the reigning UK Ladies Long Drive champion, Ilona Stubley was on hand to push the players out of their comfort zone and see if they could out drive the big hitter. 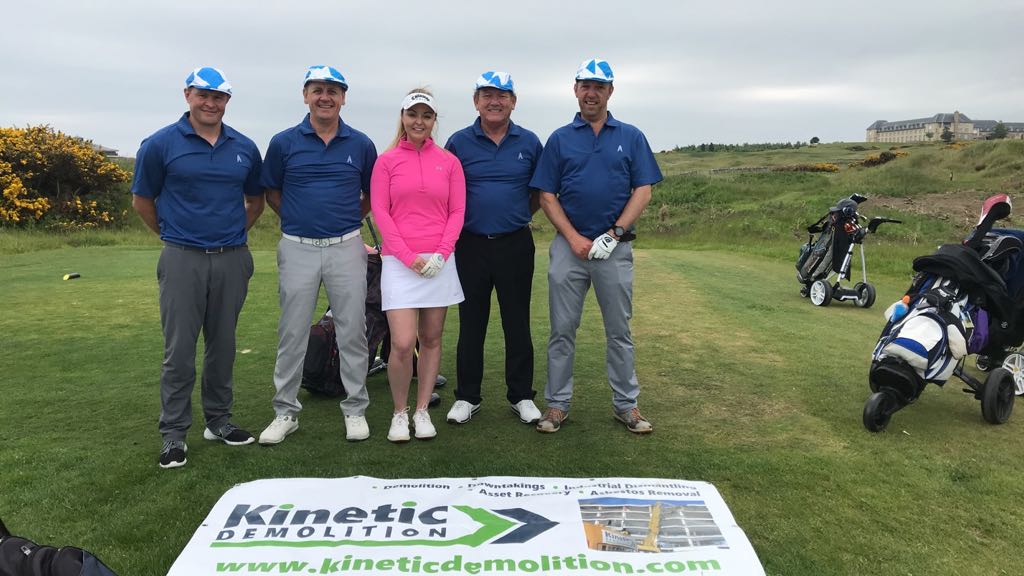 Only a handful of players managed the feat but it was Jamie Stevens from Village Hotel Club, last year’s champions, who hit it furthest and won the bragging rights unfortunately it wasn’t enough for them to make it back to back titles.

In the last of the individual prizes it was Anderson Strathern Solicitor Scott Fyfe who holed the longest putt to finish off his round for the day. 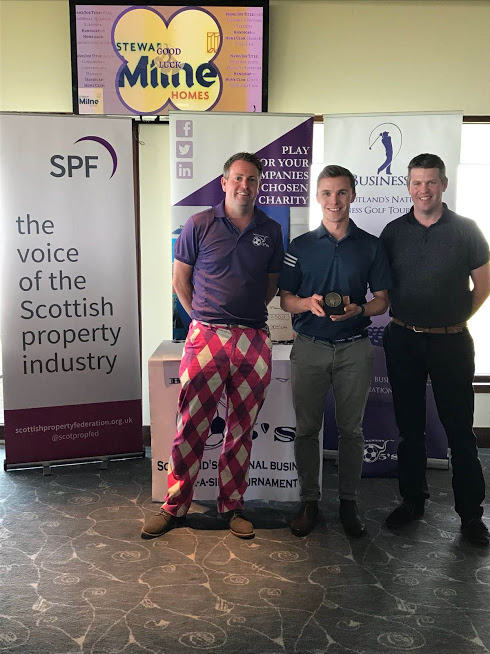 Business Fours returns next year, and plans are already in place to make the 2019 season extra special for Scotland’s corporate golfing community.  Before that Business Fives will take place over the summer with 11 events across the country for football loving firms.  You can find out more details of both on the websites.