Glasgow, 10 June 2020 – Scotland has outperformed the rest of the UK in attracting overseas investors to commercial property, according to new analysis. The ‘Regional Revolution III, Rise of cross border investment, 2020’ presentation from Colliers International examines liquidity in the commercial property market before the global financial crash (GFC), from 2002 to 2006, compared to the period from 2014 to 2018.

The property services and investment management firm says this increase in the diversity of the investor base ‘belies the scale of the changes’ in terms of the geographical origin of money coming into the country.

Oliver Kolodseike, associate director, Research and Forecasting with Colliers International, said: “Looking at what attracts overseas investors to Scotland, the country benefits from fairly competitive pricing, while still being a transparent and relatively stable market, compared to other parts of the UK and Europe. It also enjoys strong occupational demand in the office sector, has an educated workforce, leading universities and low unemployment.” 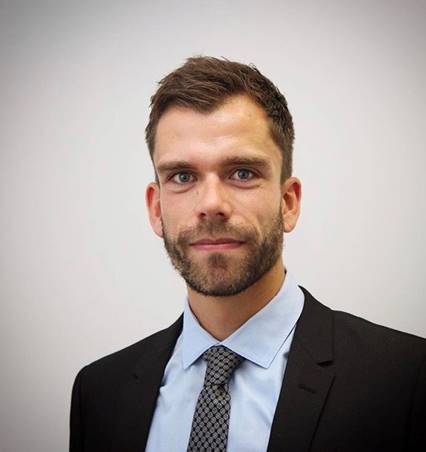 While Irish investors largely withdrew from the UK regional market, money coming in increased from other sources, including Asia, the Middle East, where internal politics led to a flight of capital, and other parts of Europe where local assets were overpriced.

In 2019, property investment in Scotland topped the £2bn mark for the sixth year running. After a strong start to this year, with investment of just under £500m in the first quarter compared to about £250m in the same period of 2019, there has been a noticeable slowdown recently with the effect of the coronavirus lockdown being felt. However, Colliers says overseas investors remain an important source of capital and a number of assets are currently under offer.

Mr Kolodseike explained: “A large part of Scotland’s tax revenues comes from oil and a falling oil price deepens Scotland’s fiscal deficit. The fall in oil prices and the independence referendum had a downward effect on overall investment volumes in Scotland. While these factors contributed to a degree of hesitation among domestic buyers, cross-border investors increased their exposure to the market. Loose global monetary policy, a weak sterling and competitive pricing, compared to other markets, also contributed to the attraction of foreign buyers.”

Assessing the potential impact of COVID-19 on overseas investment in Scotland and the UK regional market, Colliers says that global capital is still targeting commercial real estate. This is largely because pension funds and other investors are looking for long-term, secure income streams.

Glasgow-based Patrick Ford, director, National Capital Markets, Colliers International, said: “Overseas capital continues to dominate the Scottish investment market. We are aware of circa £250m of offices that are currently under offer in Glasgow and Edinburgh to Far Eastern investors. First into the pandemic and first out may see Asia back in the market sooner than, for example, Europe.

Among other findings from the Colliers’ analysis, total commercial real estate investment increased in terms of deals in the UK from 11,837 between 2002 and 2006, before the global financial crisis, to 15,138 between 2014 to 2018. However, the value of investment fell in real terms between the two periods, with the poor performance of shopping centres having a major impact. In Scotland, liquidity fell by 30 per cent and deal size was down by just over a quarter.

Colliers expects a v-shaped recovery from the hit to the economy caused by COVID-19, with the UK expected to come out of the pandemic more strongly than many European markets.

Mr Kolodseike concluded: “The UK has a demographic advantage over many European countries, with its working age population forecast to increase, so its dependency ratio is lower than in many other areas.

“UK regional recovery will be linked to the pace at which consumer spending picks up, the speed at which specific sectors, such as tourism, manufacturing and financial services bounce back, government funding and the appetite among overseas investors.”