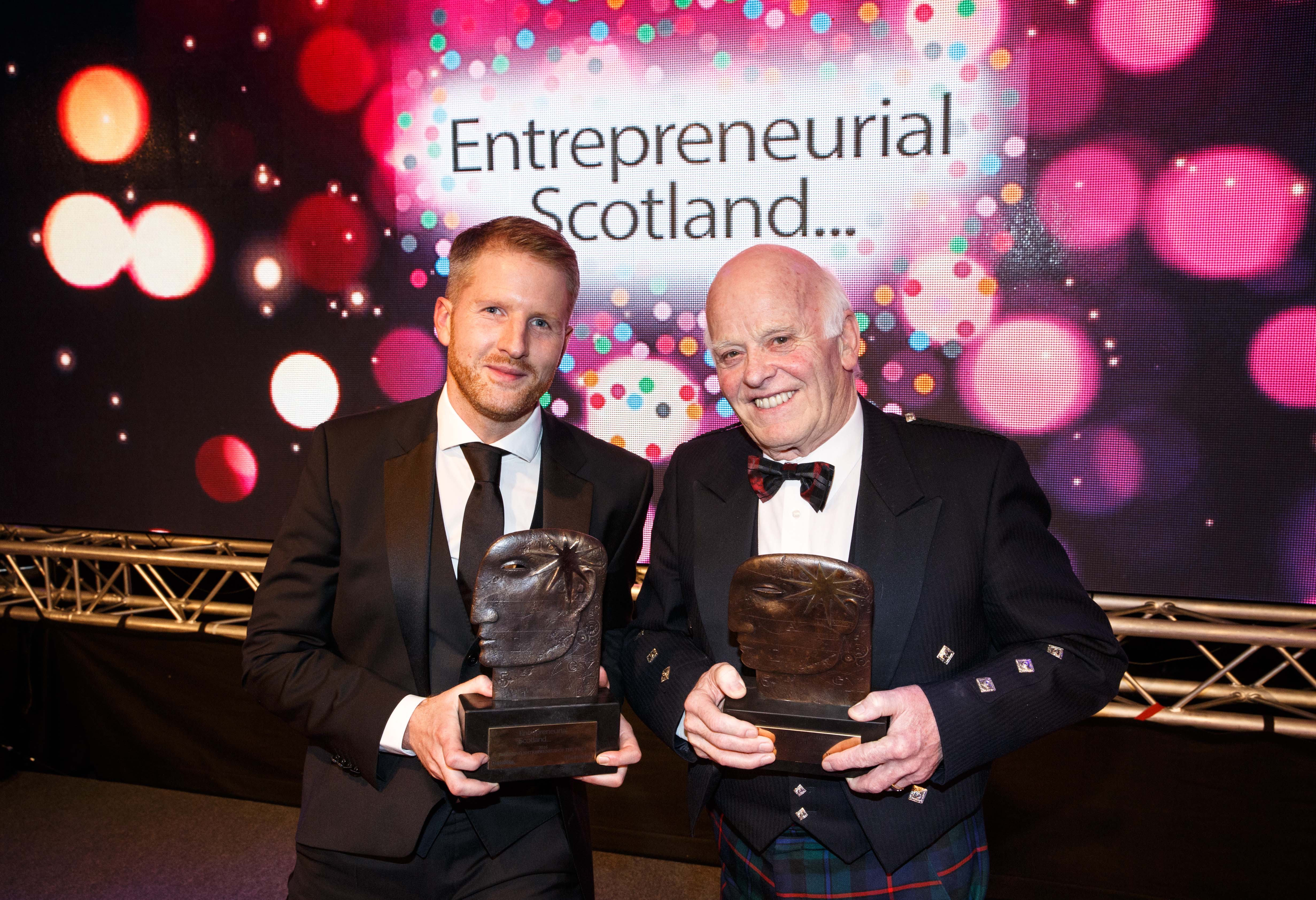 The evening was hosted by Stuart Cassells, a Saltire Fellow and founder of the international bagpipe phenomenon, Red Hot Chilli Pipers, and took place at the newly refurbished Doubletree by Hilton Hotel in Glasgow. More than 500 of Scotland’s most successful and respected entrepreneurial leaders attended the event, including members of Entrepreneurial Scotland, alumni of the Saltire programmes and Scotland’s business community.

The Entrepreneur of the Year award was presented to James Milne CBE, Chairman and Managing Director of Balmoral Group.

Chris Gauld, Chief Executive of Spark Energy, was announced as the Emerging Entrepreneur of the Year.

“Awards and achievements matter because they recognise skills, determination, talent, tenacity and hard work. They highlight excellence and, most importantly, they provide an opportunity to focus on the characteristics that we want to see more of for ourselves, our businesses and our communities.

“I am thrilled to congratulate both Jim and Chris. This year we received a tremendous response to the awards resulting in the highest-ever number of nominations. Each of the finalists was chosen after a rigorous judging process and they have emerged as Scotland’s most successful entrepreneurial leaders.”

Richard Slater, Partner and Head of Private Markets for Deloitte in Scotland, and a member of the judging panel for the 2016 awards, added:

“Congratulations to all of the finalists and winners. This year we saw a real mixture of companies from a range of sectors on the shortlist for both awards, this is great news for Scotland, as the economy continues to diversify and breed new success stories.

“Uncertainty may be the word that currently pervades the Scottish economy – yet there are businesses, and people, who are finding ways to do incredible things, whatever the circumstances. The ambition and drive of Scotland’s entrepreneurial community continues to thrive.”

Two years on from its launch, Entrepreneurial Scotland is one network that offers three tiers of membership – Leading, Growing and Emerging – giving members the right

peer to peer experience at every stage of their entrepreneurial journeys. The Leading tier represents what was formerly known to many as the Exchange and remains a unique peer-to-peer network for founders, owners, MDs and CEOs. The Growing tier meets the needs of those who are running, growing and scaling up the businesses and the organisations they belong to. Finally, the Emerging tier represents what was formerly the Future Leaders network, and is for aspiring leaders and start-up business owners at the outset of their journeys.