Ryden triumphs at the CoStar Awards 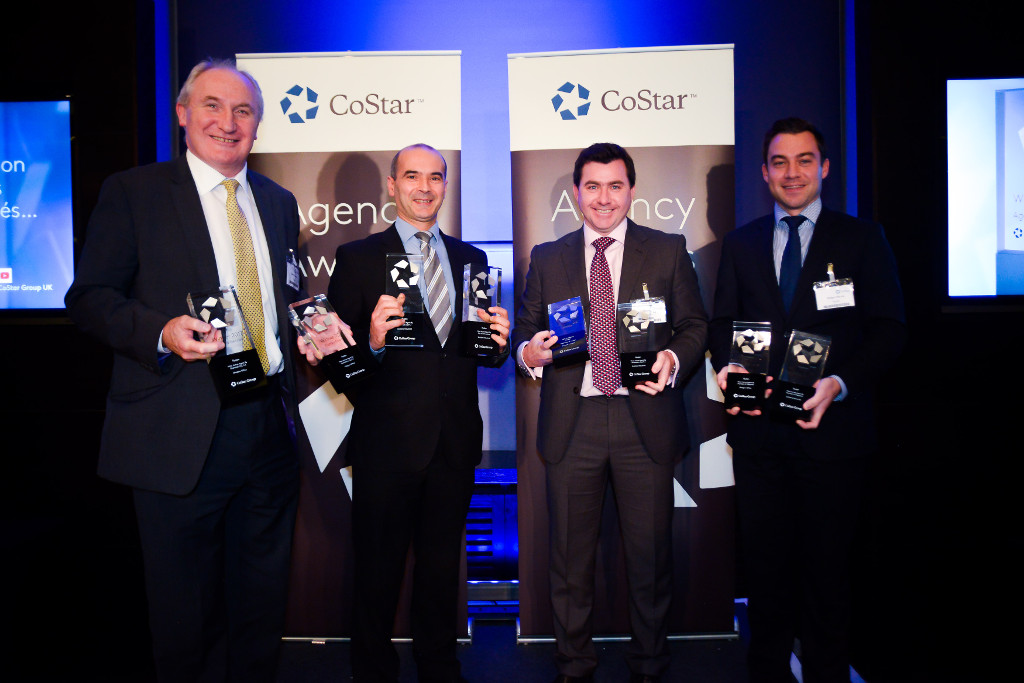 Ryden is celebrating after taking home an impressive nine trophies at CoStar’s annual awards ceremony in Glasgow this week.

The firm scooped its multiple wins after topping four out of five league tables in both the Scotland Industrial and Glasgow Office categories.

Partner Neil McAllister was also singled out as Scotland Industrial Dealmaker of the Year.

An analysis of CoStar’s research shows that in the past 12 months Ryden’s industrial team completed 194 disposals in Scotland, more than double the number of its closest competitor and disposed of over 1.4 million sq ft, almost 0.4 million sq ft more than the firm in second place. Turning to the Glasgow office market, Ryden transacted more space than its two closest competitors combined by disposing of c. 390,000 sq ft. The team also concluded 68 deals compared with its closest rivals 33.

Commenting on the firm’s success, industrial partner Neil McAllister said: “This is the fifth consecutive year that Ryden has taken home the most accolades for any one firm at the Scottish CoStar awards and we are proud of our market leading position.
The awards underpin the quality of our advice, as well as the energy, ability and ambition of our agency teams to deliver the best results for our clients. My thanks go to CoStar, industry peers and most importantly our clients who we look forward to continuing to work with.”

Watch industrial partner Alan Gilkison and office agency partner Ewan Cameron provide their insights on how their respective markets have performed in the past year and their outlook for 2018.