Ryden has been named Industrial Agency Team of the Year at the annual Scottish Property Awards, for the second year in a row, in a ceremony hosted in Glasgow last night. 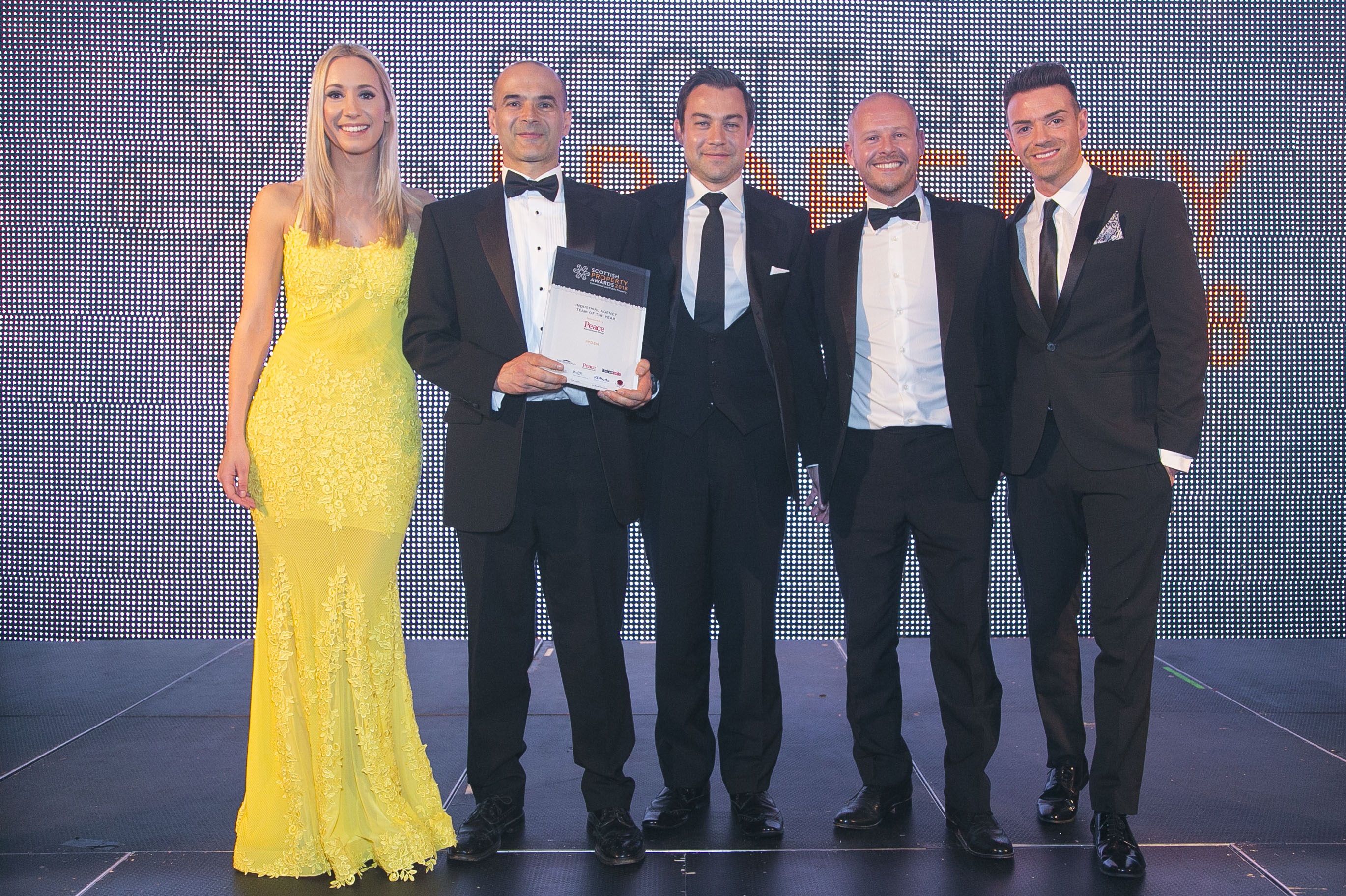 The Awards celebrate the best commercial buildings and property teams in Scotland with the event attracting over 700 guests from the commercial property industry.

Other winners on the evening included Marischal Square, Aberdeen taking home Development of the Year (Commercial Use), presented by Ryden’s Derek Tillery, and Dundee Central Waterfront, who took home the title of City Regeneration Project of the Year, a development Ryden has worked closely on.

Accepting the award, Alan Gilkison, Industrial Agency Partner said “We are extremely pleased to have won this award and to be recognised as the market leader by our peers. It’s been a busy year in terms of transactions and development work and it is particularly encouraging to see increasing levels of new build coming through thanks to investment by our clients. The year ahead looks very positive.”

Bill Duguid, Ryden Managing Partner added “It is always pleasing to gain the recognition of your contemporaries from within the industry for the hard work carried out by all our teams around the country and also great to see awards for several landmark developments we have been involved with. An active and confident commercial property industry is vital to the future of Scotland’s economy.”

The Scottish Property Awards is the national celebration for commercial property development. The 5th annual ceremony was organised at the Hilton Glasgow and was presented by Des Clarke and Any Irons with entertainment from Glasgow Philharmonia