RSPB and The Famous Grouse – A spirited partnership

This week RSPB Scotland and The Famous Grouse celebrated the 10th Anniversary of a partnership forged by the launch of Black Grouse Whisky in 2008. Recently renamed The Famous Grouse Smoky Black, the whisky took its inspiration from the enigmatic black grouse, a species found across Northern England, Wales and Scotland.

“Once a common sight in moorlands and woodland edges, black grouse have declined dramatically since the 1990s. The Famous Grouse were interested in supporting the conservation of the species after which the whisky was named and so The Famous Grouse partnership was born” says Alison Connelly, Head of Development at RSPB Scotland.

Combining The Famous Grouse with a rare peated version of Glenturret Single Malt, from Scotland’s oldest working distillery, the whisky is a smooth, peaty and aromatic blend. Originally, 50p from every bottle sold was donated to black grouse conservation. The rewarding relationship resulted in the partnership being extended across the whole of The Famous Grouse portfolio of whiskies, with the initiative raising more than £650,000, to date. These donations have helped to conserve this species, enabling the RSPB to deliver work across seven reserves.

Black grouse have a spectacular mating ritual where males gather at display sites called ‘leks’ with peak activity in April and May. This is when females attend the sites to select mates. Normally, 5-10 males assemble at dawn and begin their lekking display to attract the females by fanning out their white under tail feathers and lyre-shaped outer-tail feathers, while posturing, flutter-jumping and uttering continual bubbling sounds. 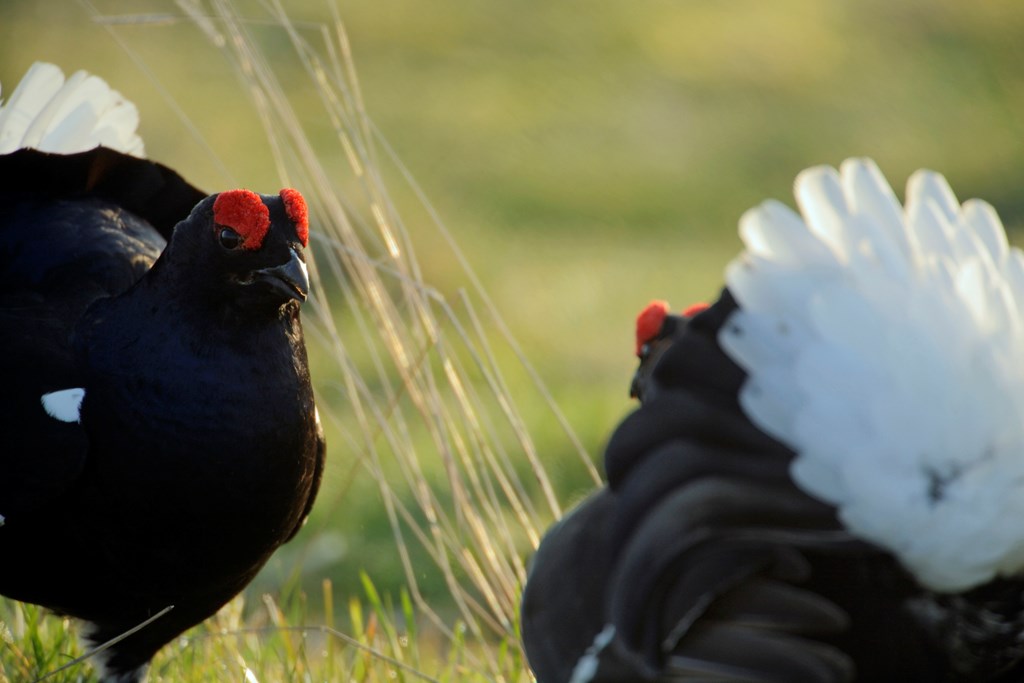 When established in 2008, The Famous Grouse partnership set out to improve the habitat for resident black grouse on four reserves that were owned and managed by the RSPB. The success in the early years of the partnership allowed the RSPB to extend management to a further two sites as well as help purchase RSPB’s Crannach Nature Reserve. This rewarding partnership has, to date, enabled the charity to deliver work across 85,000 acres of land including planting 185,000 trees, marking deer fences to avoid collisions and mowing of 75 acres of heather. 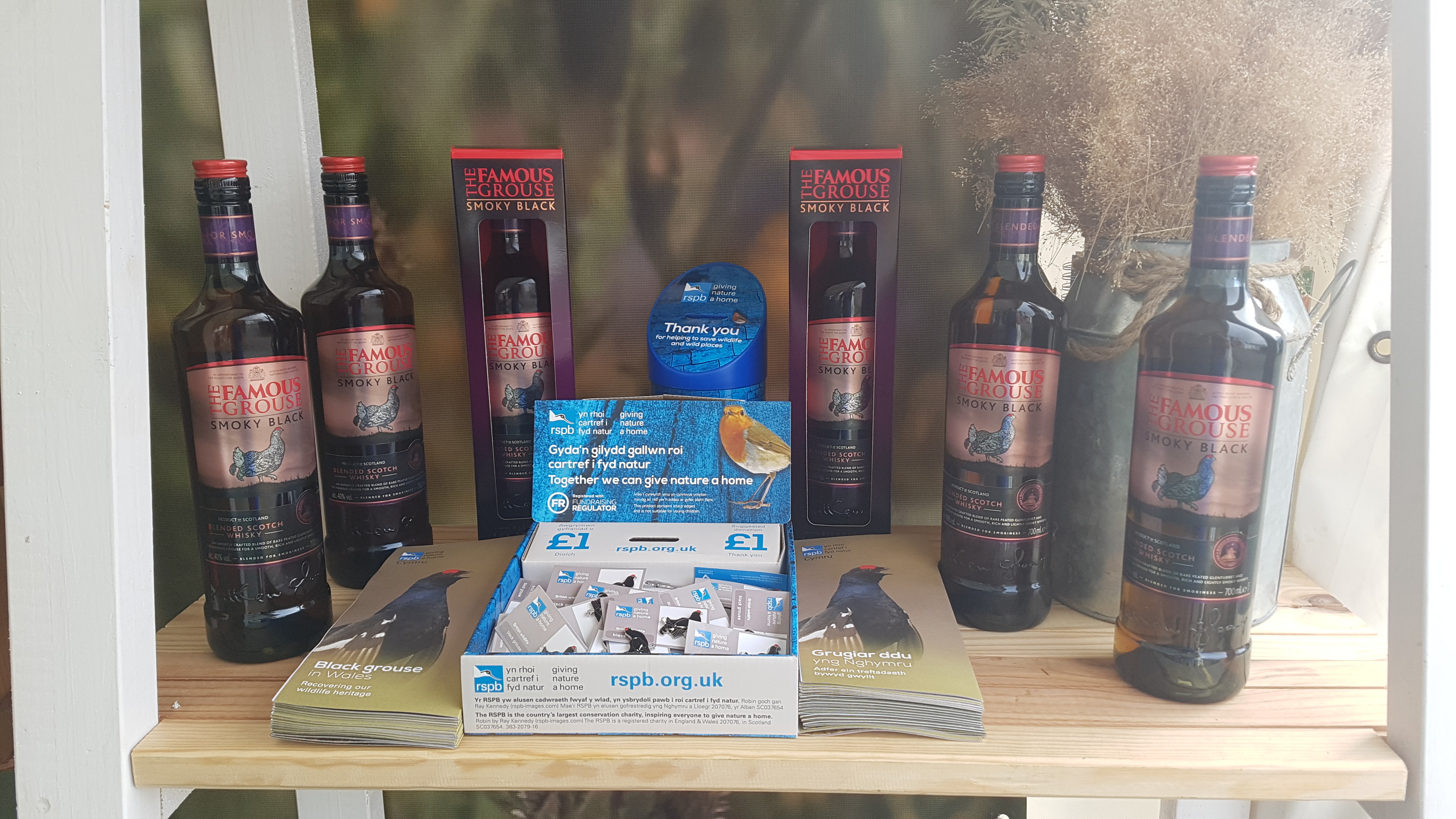 Chris Bailey, Advisory Manager at RSPB Scotland, said “The recent reports on black grouse numbers in parts of Scotland remind us how vital it is to work in partnership to help this species. Our relationship with The Famous Grouse has provided the RSPB with an amazing opportunity to deliver so much positive management aimed at black grouse on our reserves”.

The two organisations have worked closely together at events across the country promoting the whisky through tasting sessions and sharing the conservation message with whisky lovers. “Hosting whisky tastings at events has given us a great way to connect with people” says Alison Connelly, “it is always a great talking point which helps us to explain the challenges that black grouse are facing”.

The conservation story behind the partnership has also played well in the media and, working together, the two organisations have obtained a significant amount of media coverage in various newspapers and publications.

The greatest benefit from the partnership has inevitably been the increase in black grouse numbers on the reserves. This has been particularly noticeable on the RSPB Corrimony and Geltsdale nature reserves, where significant increases have been recorded thanks to the management implemented through this partnership. The RSPB continues to work hard with partners across the entire range, to improve black grouse prospects in the wider countryside with a focus on the southern Scotland and Welsh populations, where numbers and range are still in decline. Whilst changes to the wider countryside policy are required to maintain black grouse outside nature reserves, there is hope as black grouse can thrive thanks to RSPB management work and the support of this partnership.

The Famous Grouse partnership manager, Stephanie Harvey, said “We are proud to have supported the RSPB’s black grouse conservation efforts over these last 10 years. In protecting the habitat of our flagship species, we are ensuring that they are protected for future generations. Our common values make this partnership feel like a natural fit and we look forward to continuing our work with this brilliant bird.” 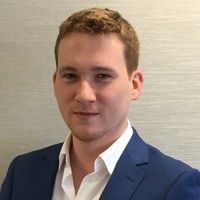