A Rosyth man has scooped the ScotRail Alliance Employee of the Year 2016 title – beating tough competition from over 7,000 colleagues.

Martin McManus, a driver with the alliance, was named the winner following a vote by staff. Martin was one of 13 on the shortlist for the prize and his win was announced to 210 colleagues and guests at the second annual Your Recognition Awards. 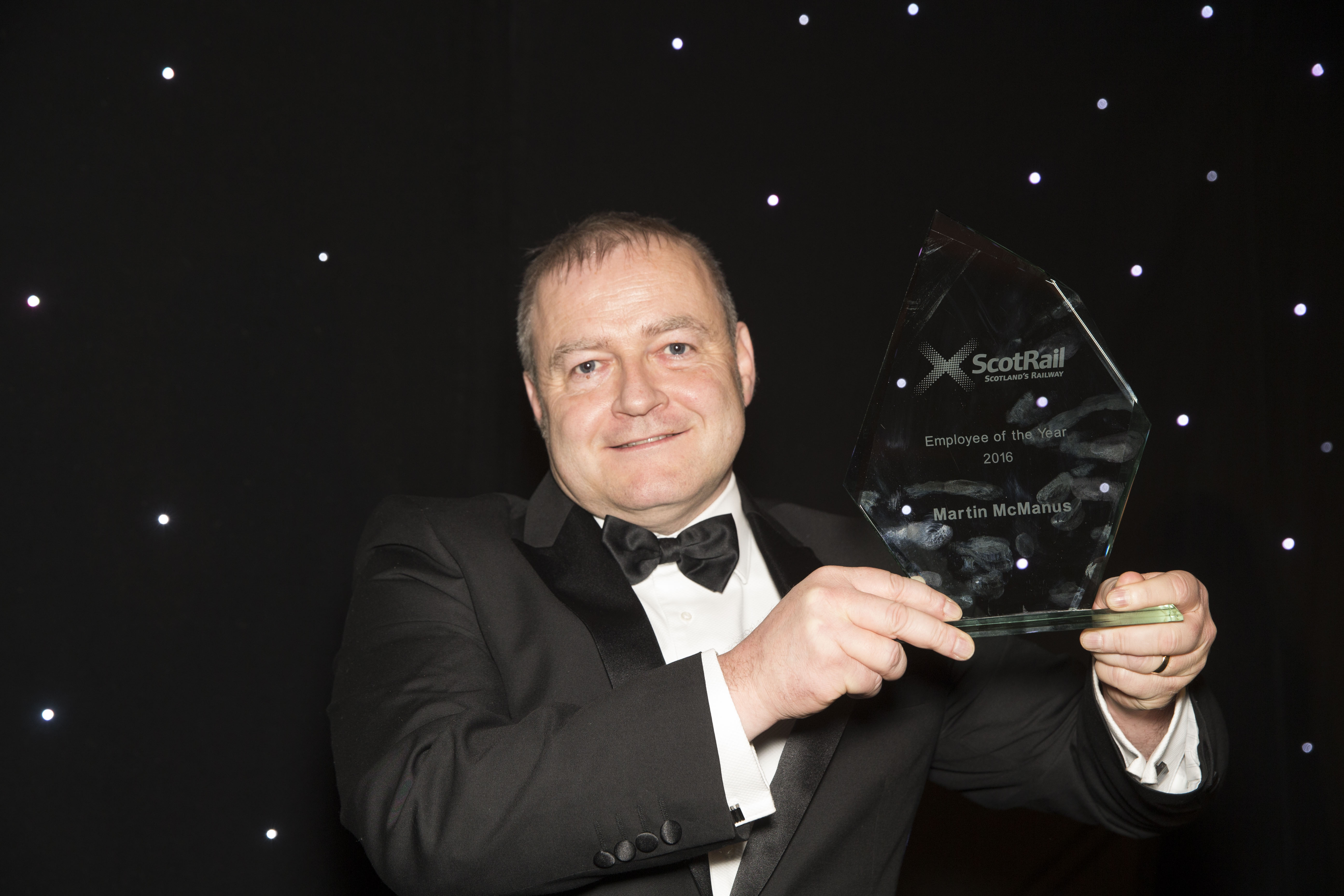 The event, held at the Radisson Blu Hotel in Glasgow on Saturday night (19 November), hosted by radio presenter and DJ, Gina McKie, celebrated staff achievements throughout the year.

Martin, who has been driving trains for four years, received the most staff votes for his heroics in saving a young boy after he spotted him on a busy rail track. The three-year-old child had been separated from his mother and was running along the track in an attempt to catch the train just beyond Wester Hailes station. Martin was driving the opposite way and, after seeing the boy, stopped his train and averted a disaster by bringing the boy to safety.

He said: “It feels amazing to be recognised, although I was very humbled at being nominated – I only put the training and knowledge that the railway as provided me in to practice. It’s very much team effort – dispatchers, conductors and drivers all working together every single day to deliver for our customers.”

“I’m proud to have Martin represent the ScotRail Alliance. It’s great to get the chance to say thank you to a deserving winner, and to recognise him for his efforts.”

The 2016 Team of the Year, and several other ‘Outstanding Contribution’ awards, were also presented on the night. As well as celebrating staff achievements, fundraising for Alzheimer’s Research UK was a key focus of the evening and guests dug deep to raise nearly £3,000 for the charity.

Steve Frost, Head of Corporate Partnerships for Alzheimer’s Research UK said: “We would like to say a big thank you to everyone who donated at the Recognition Awards.