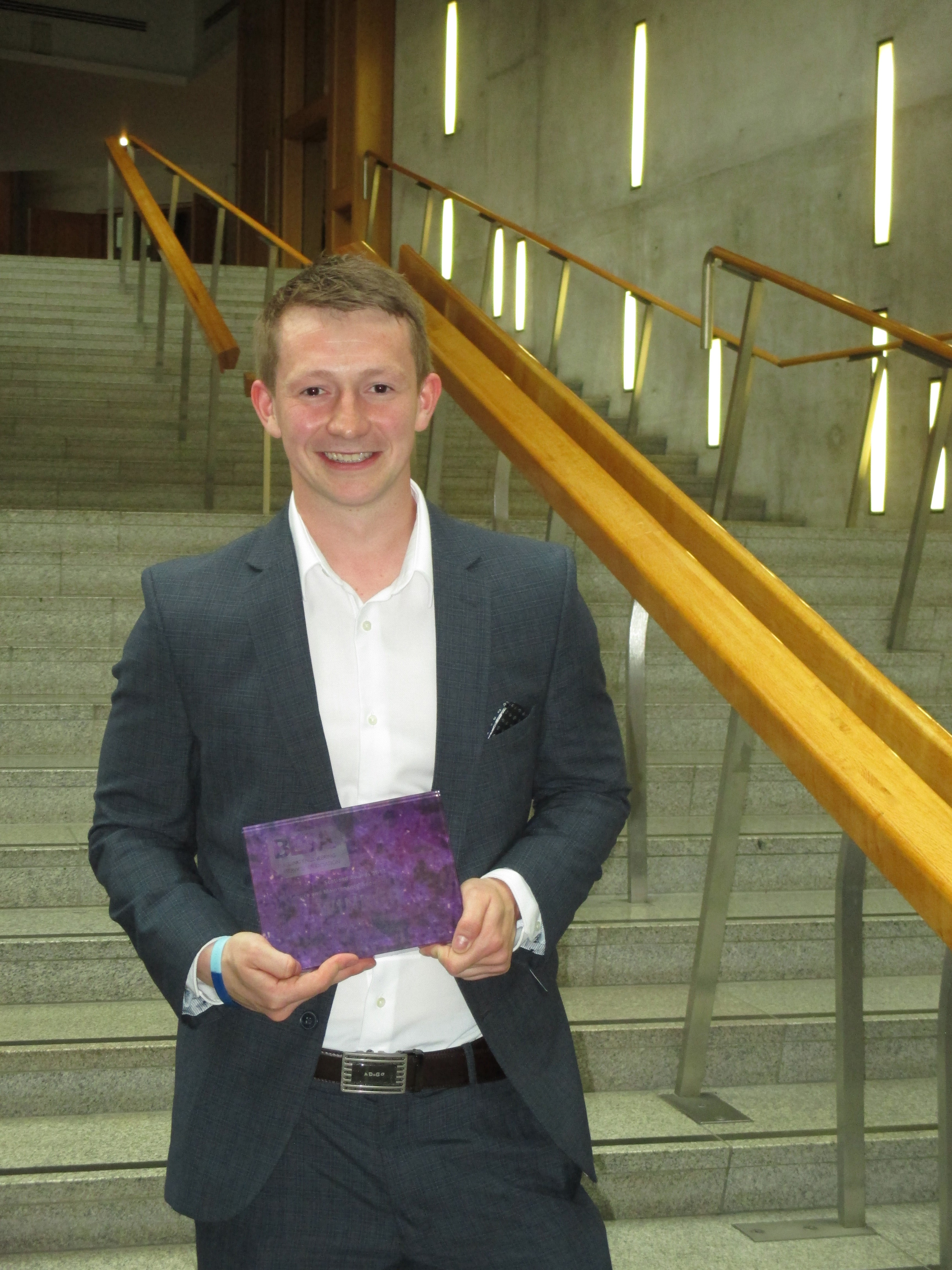 The awards were held at The Scottish Parliament on June 1st and are sponsored by Colin Beattie MSP highlight the success and commitment of apprentices from across Scotland acknowledging their hard work and achievements.
Willie MacLean, CEO attended the awards alongside Mark Buchan Business Unit Director and Claire Gray HR Advisor, to cheer on Fraser and celebrate apprentice excellence in the Building Engineering Services sector.

Willie MacLean said: ‘Fraser had already won apprentice of the year awards for the past two years from his study centre, Glasgow Kelvin College, and everyone at Richard Irvin was hoping that he would continue the winning streak by lifting the BESA Service and Maintenance award. Winning the Scottish Apprentice of the Year award was the icing on the cake!

‘We are all extremely proud of Fraser and his achievements so far, his work ethic and positive attitude are without a doubt the reasons for his success.

Fraser works out of the company’s Inverness office and is in the third year of a four-year apprenticeship.

Richard Irvin is currently recruiting six new apprentices to join the team with two based in Aberdeen, one in Glasgow and one in Inverness. For further information on the programme or other vacancies Richard Irvin has to offer take a look at the website www.richard-irvin.com/careers