Edinburgh, Glasgow, 9 December 2019 – Scottish legal firm Anderson Strathern has increased revenue by 7 per cent for the year to 31st August 2019 to £24.4 million (2018: £22.8m) with profits up 28 per cent to £8.9 million (2018: £6.9m).  Top line growth was supported by increased activity across the commercial, public and private client sectors and client wins during the year included Edinburgh Airport, Skills Development Scotland, General Teaching Council for Scotland and University of St Andrews. 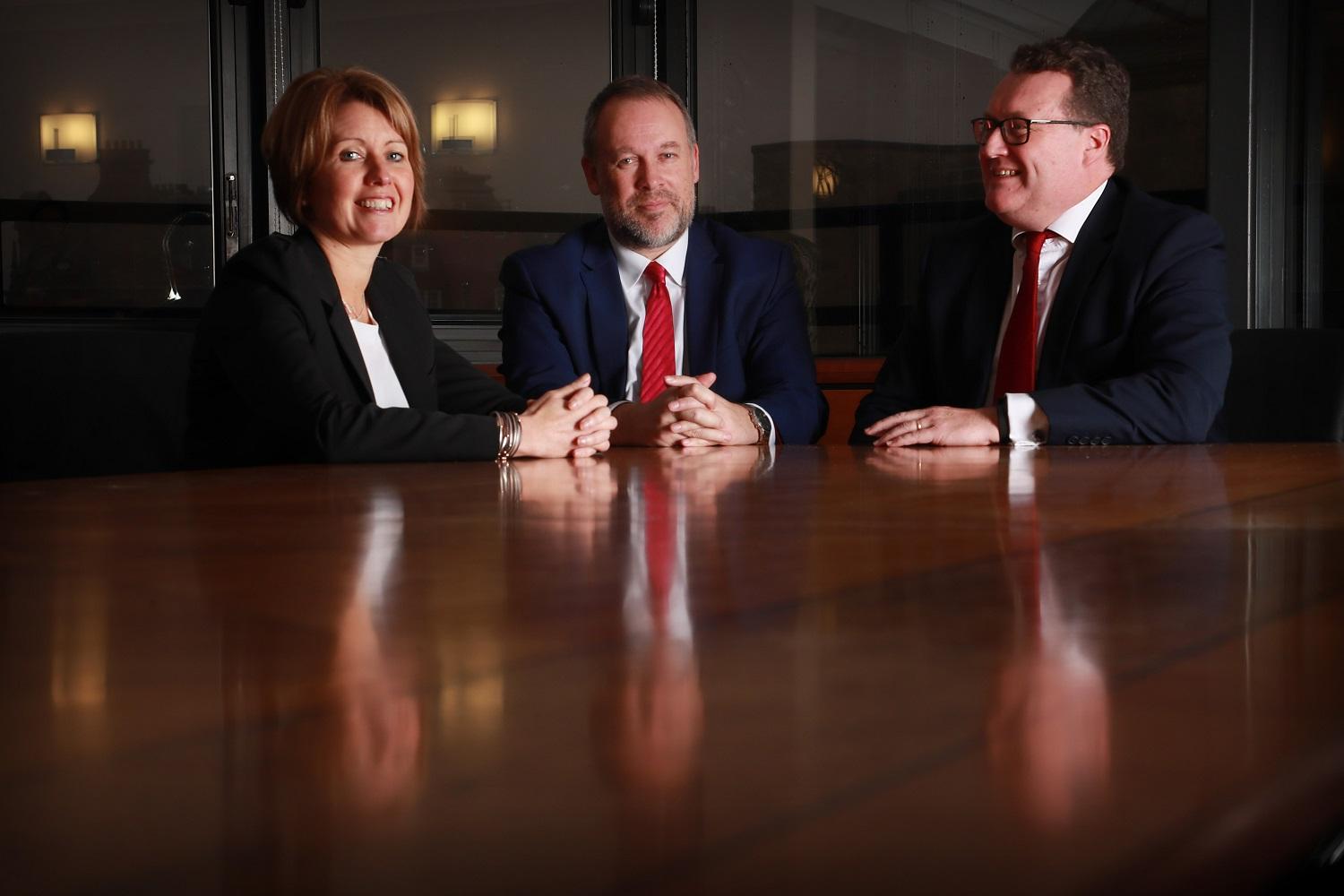 Left to right in photo are Susanne Godfrey, Bruce Farquhar and Murray McCall of Anderson Strathern (by Stewart Attwood)

Murray McCall, Anderson Strathern’s Managing Partner, said: “The firm experienced revenue growth across all departments during the year and, in an economic environment characterised by uncertainty and not without its challenges, that’s testament to the quality of our people and their ability to deliver first-class and trusted advice to our client base.”

In June, Anderson Strathern – whose client base also includes the Scottish Government, INEOS, Buccleuch Estates, Glasgow City Council and Apex Hotels – was selected as the first Scottish legal firm by the Meritas global network which numbers over 180 law firms from over 90 countries worldwide and, in July, the firm launched investment vehicle AS Capital while joining the Equity Gap angel syndicate and making its first investment in Energy sector specialist Synaptec.  Last month, the firm announced a partnership with award-winning legal tech startup Amiqus while also investing in the company’s latest investment round via AS Capital.

Bruce Farquhar, Anderson Strathern’s Chair, said: “Our vision for Anderson Strathern continues to be as an independent legal firm with highly rated teams who can be dynamic and innovative in their approach.  We have demonstrated this approach during the year through the Meritas, Equity Gap and Amiqus initiatives and we will continue to seek out ways to differentiate ourselves from the sector when we believe this to be in the best interests of both our clients and our people.”

Earlier in the year, in March, Anderson Strathern’s Brexit Group released its White Paper – Taking the temperature of Scottish business pre-Brexit – which revealed that many of Scotland’s companies were unprepared for Brexit, while a majority of respondents were concerned about the loss of EU staff.  The firm’s Brexit Group continues to actively advise both SMEs and larger corporates as they prepare for a range of Brexit outcomes.

Since the year end, demonstrating the firm’s strategy to occasionally add growth by acquisition, specialist Glasgow-headquartered law practice Hardy Macphail merged with Anderson Strathern in October, enabling the firm to expand its SME base.  Alongside the Hardy Macphail deal, Anderson Strathern is doubling the size of its Glasgow base at George Square.   With an increasing focus on staff wellbeing, the firm also increased staff pension benefits, improved family friendly benefits and paid staff a discretionary bonus.