Virgin Trains has broken new records for passengers travelling between the West Midlands and London. 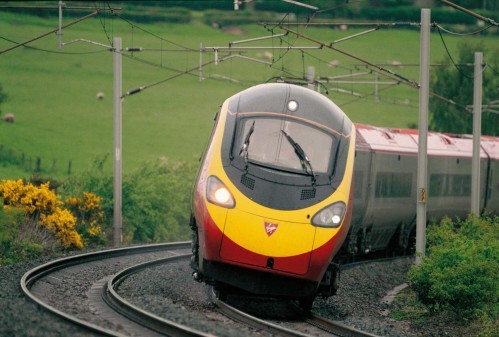 As the intercity operator celebrates 21 years of operating the west coast route, new figures show it carried more than 2.2m customers between the West Midlands and London between April 2017 and March 2018, an increase of 4.6% compared to the same period the previous year (1).

The new figures coincide with a year that saw punctuality reaching its highest ever level since privatisation and the roll out of Virgin’s revolutionary new onboard entertainment streaming service, BEAM.

The growing availability of advance fares, including the ability to buy tickets on the day for as little as £33 between Birmingham and London, has also played a big part in encouraging more customers to leave the car at home and travel by train, both for business and staycation trips. The average fare paid by customers on the journeys to and from London fell by 2.0%. (3)

The increase in numbers was warmly received by Paul Faulkner, CEO of Greater Birmingham Chambers of Commerce, “As our region continues to go from strength to strength, it’s essential we have first class rail links to support this growth. It’s great to see Virgin Trains investing heavily in improving services between the West Midlands and London.

“Not only are Virgin Trains putting the needs of the customer at the heart of the travel experience, they are a playing a massive part in enriching regional connectivity – all of which will help unlock the economic potential of the Midlands and bring prosperity to the country as a whole.”

Amanda Hines, Virgin Trains’ General Manager for the Midlands, said: “The West Midlands is an integral part of our west coast route, a region we have been proud to call home for the past twenty one years. In that time journey times have been slashed and service innovations such as BEAM and more availability of low fares have helped drive increased customer satisfaction and boost our local communities as more people are attracted to rail.”

Over the last year, Virgin Trains has doubled the booking horizon from the industry standard of three months and made M-tickets available across all its west coast services, in addition to becoming the first train operator to offer its customers automatic compensation in the event of a delay.

In June 2016, Virgin launched BEAM, the industry-leading app that allows customers to stream more than 200 hours of entertainment including Hollywood films, box sets and documentaries straight to their device.