Scotland’s most talented and ambitious students are set to start a once in a lifetime placement through Entrepreneurial Scotland’s Saltire Scholar Internship Programme.

This year 170 students representing 15 Scottish universities will take part in the programme, which enables them to work with a variety of leading organisations around the globe.

The 2018 cohort is 64% female and 36% male and is the largest ever since the programme began eleven years ago. This year’s participants will enjoy internships in nine countries: Scotland, England, India, Hong Kong, Switzerland, USA, Canada, Australia and Japan.

During their placements lasting 8-12 weeks, they will be working with organisations in a range of sectors from banking and legal services to the creative industries, engineering, manufacturing and technology and science. 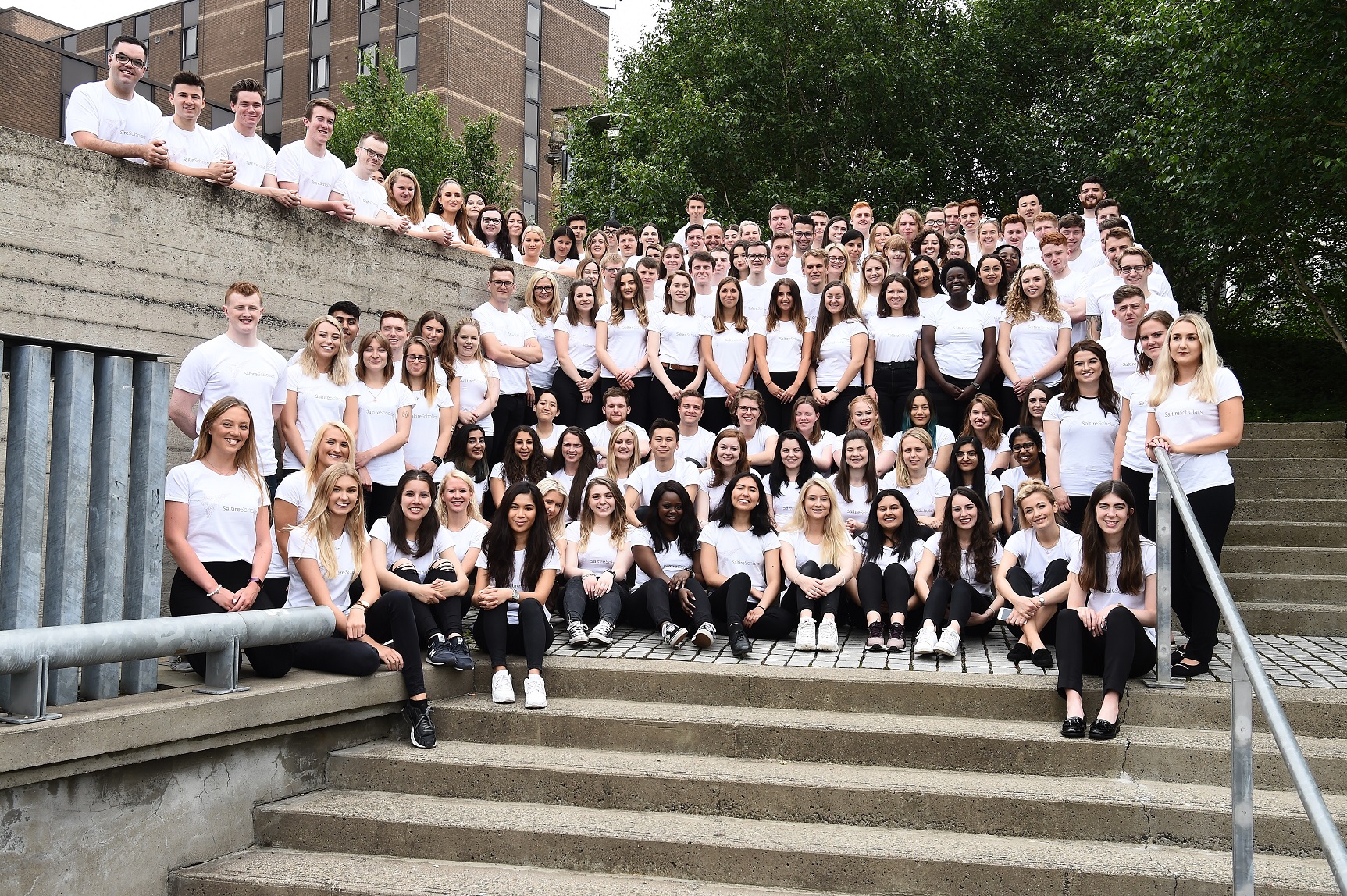 There are more participating companies this year than ever before, with 74 welcoming the 2018 cohort. Amongst this year’s hosts are: GlaxoSmithKline, American Express, Edinburgh Airport, Liberty Mutual, Fender Musical Instruments and Cisco.

There are also a number of first-time hosts for 2018 including a role within NBC Universal in Los Angeles, a position with the HALO Trust in Washington to grow the work of one of the worlds’ largest landmine charities, and two positions with the University of Hong Kong to assess international partnerships. With 21 interns Barclays Wealth is placing the greatest number of students at sites in Scotland, Switzerland, USA and India.

Following a detailed induction earlier this week, most of the cohort will formally begin their internships on 11 June, with 74 of them heading off overseas and the remainder undertaking placements around the UK.

“This year we received more than 1500 applications for the Saltire Internship Programme – another record for us. This highlights the importance today’s students place on entrepreneurship and the need for a global perspective.

“Firms who want to grow their business say their biggest challenge is finding talented people with the right attitude, skills and ambition.  Saltire Scholars have repeatedly shown that they have all these qualities. As they embark on this life-changing entrepreneurial journey, the interns can look forward to some challenging and exciting business experiences – wherever they are based around the world.”

“In the Year of Young People, it’s marvellous to see so many interns joining our programme. For Scotland to fulfil its potential, we need to ensure that the next generation has the skills and global mindset to succeed in an entrepreneurial world. The Saltire Scholars have an unique opportunity to learn with the best companies and they return to Scotland with increased passion and determination to succeed and prosper in their chosen careers.  There is no other internship scheme like it and I am sure that many students from this year’s cohort will go on to make a real impact as future leaders and influencers in organisations at home and around the world.

“The growing success of the internships is due to the team that works throughout the year to ensure its smooth delivery. Thanks should also go the GlobalScot network for their ongoing endorsement, Scottish Enterprise for supporting the programme in the early years, our trustees, donors, university partners and host companies and of course to our alumni – many of whom have gone on to do incredible things.”

David McLauchlan, who worked with Fender Musical Instruments in Arizona, USA, as part of last year’s cohort, said the internship provided a valuable extra dimension to his university studies, which it would have been impossible to get anywhere else.

David said: “I had a fantastic time at Fender last summer and learned a huge amount. The internship gave me more confidence and helped clarify what I want to do next – and how I can get there. I would definitely recommend the programme to any university student who wants to expand their horizons and get some real life work experience. They won’t regret it!”

On their return home, all the scholars will become Emerging members of Entrepreneurial Scotland for the next three years, providing access to world class networking, mentoring and events to support their continuing entrepreneurial journey and profession development.