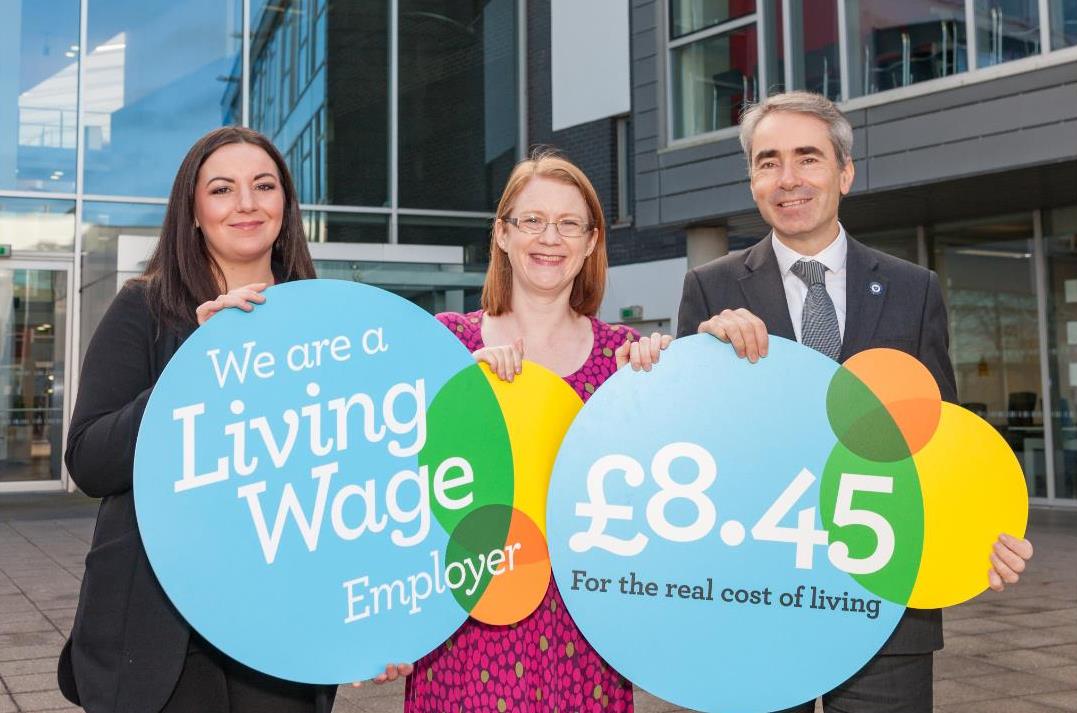 The new UK rate of £8.45 and the London rate of £9.75 was announced on Monday 31 October 2016, as part of Living Wage Week. Previously accredited employers will implement the newest rates by no later than 1 May 2017, and many will choose to implement much sooner.

Dee Denholm, Head of Human Resources at QMU, said: “We believe that paying at least the real Living Wage to all QMU staff is the right thing to do. Paying each member of our team fairly is at the core of our values, and the Living Wage accreditation offers formal recognition for this”.

Higher and Further Education Minister Shirley-Anne Somerville, said: “I’m delighted that Queen Margaret University is now accredited as a Living Wage Employer, which is a key part of the Scottish Government’s commitment to making our country a fairer place for everyone to live, work and study.

“Paying the Living Wage is an investment in people and the evidence shows it leads to increased productivity and reduced staff absence and turnover. I look forward to more universities and colleges following QMU’s lead.”

“With two-thirds of children in poverty in Scotland living in a household where someone works, paying the real Living Wage is more important than ever.

“Not only does paying the real Living Wage ensure that everyone takes home a fair day’s pay for a fair day’s work, it has benefits to businesses too. These include increased productivity, increased staff retention and lower rates of absenteeism.”

The Living Wage commitment will see everyone working at QMU, regardless of whether they are permanent employees or third-party contractors; receive a real Living Wage, which is significantly higher than the government minimum wage of £6.70 and the new minimum wage premium for over 25s of £7.20 per hour introduced this April.