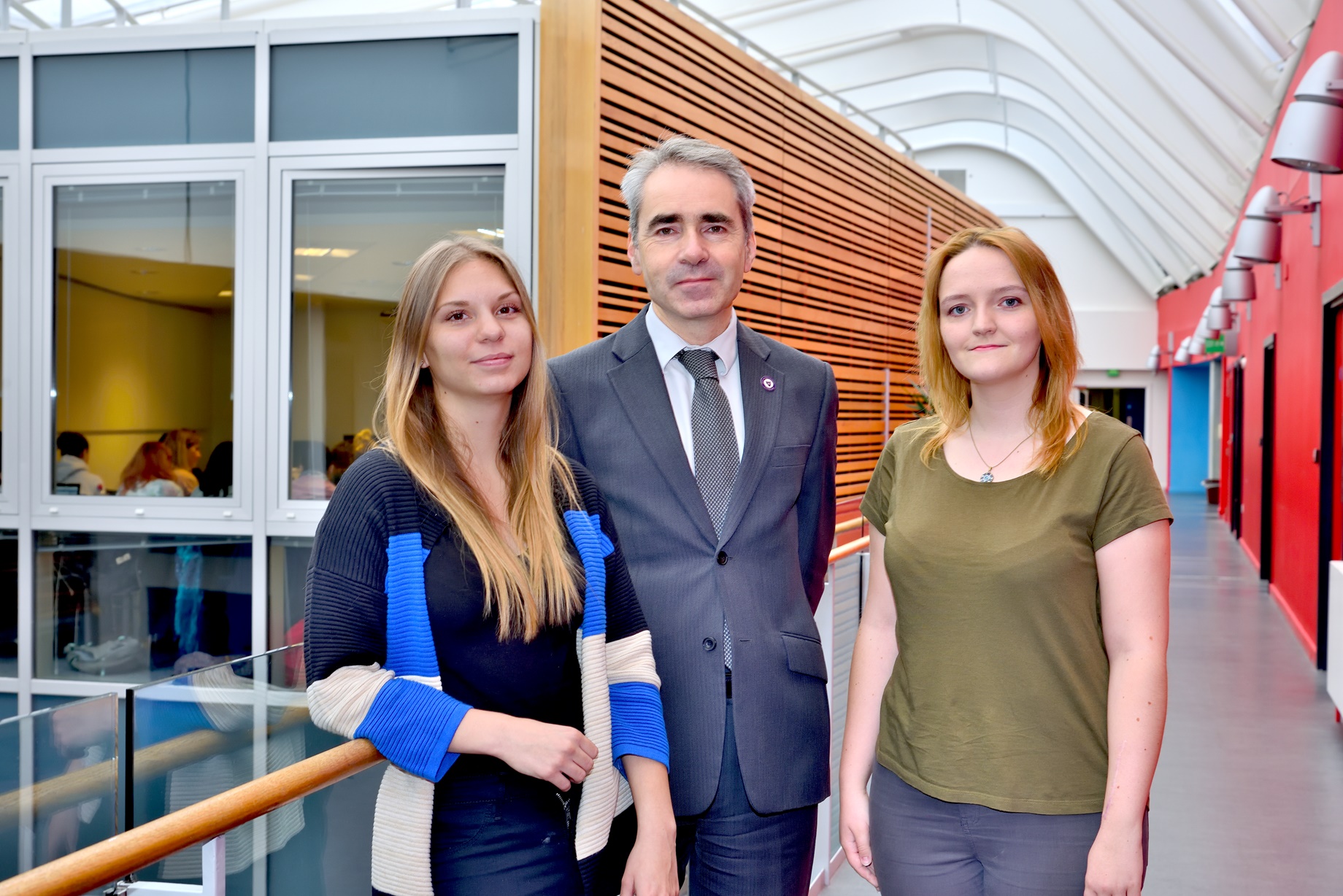 Two students from Hungary have become the first to study at QMU as part of a new scholarship exchange programme between Edinburgh and Budapest.

The Queen Margaret Legacy Programme has been developed by the Hungarian Embassy and Queen Margaret University (QMU), Edinburgh to celebrate the legacy of Saint Margaret, one of the most loved women from Scottish and Hungarian history.

Petra Kata and Anna Patziger, who are both students from Corvinus University of Budapest, are spending three months studying Public Relations and Media at QMU.

Petra and Anna will not only benefit from studying at QMU, but they will have the opportunity to immerse themselves in Scottish culture and life in Edinburgh, which will undoubtedly add to their overall learning experience.

The official partnership between QMU and the Hungarian Embassy was formed in recognition of the fact that QMU takes its name from Margaret, Queen Consort of King Malcolm Canmore of Scotland, who was born in Hungary in the 11th century.

She was known to be a fine scholar with a formidable intellectual capacity, who often debated the affairs of state with the King’s noble and clerical advisers. As a deeply religious woman, Queen Margaret was concerned with works of mercy and giving and particularly with the care of the poor. As a result, she was canonised as saint in 1250.

The name Queen Margaret was incorporated into QMU’s title in 1972 because she was seen to personify the institution’s key values of serving the community, enhancing the quality of life, and taking practical action. Queen Margaret’s philosophy of social justice and her ability to identify what changes were required in society still resonates today and her name is reflected in the titles of a number of organisations with social purposes, including QMU.

Dr Richard Butt, Deputy Principal of QMU, said: “We’re delighted welcome Petra and Anna to QMU and wish them well as they embark on this exciting study opportunity through the Queen Margaret Legacy Programme.

“This educational exchange programme, and the transcultural learning it is now enabling, are entirely consistent with the life and values of Queen Margaret herself. Not only is this partnership creating a culturally rich and career enhancing learning experience for students, it is also creating a further link between Scotland and Hungary.”

Commenting on the opportunities that the Queen Margaret Legacy Programme is providing her with, Anna said: “The opportunity to live and study in Edinburgh really appealed to me. The history, culture and diversity of the city, combined with the stunning natural beauty, makes it an ideal environment to learn and broaden your horizons.

“I’m already building my practical knowledge of public relations and media, which will definitely help my CV stand out in the crowd.”

Petra added: “I’ve found everyone so welcoming and friendly since moving to Edinburgh and studying at QMU, which has helped me feel at home. The friendly size of Edinburgh makes it easy to explore, including Arthur’s Seat with its amazing views of the city.

“My hope is that studying public relations and media at QMU will give me the knowledge and experience I need to pursue a career in this sector back in my home city of Budapest.”