13th November 2019: New research from Barclays has revealed that money worries are negatively impacting students’ anxiety levels (61 per cent), mental health (55 per cent), sleep (52 per cent) and even relationships (34 per cent) as a huge 83 per cent admit that they worry about running out of money during their first term. 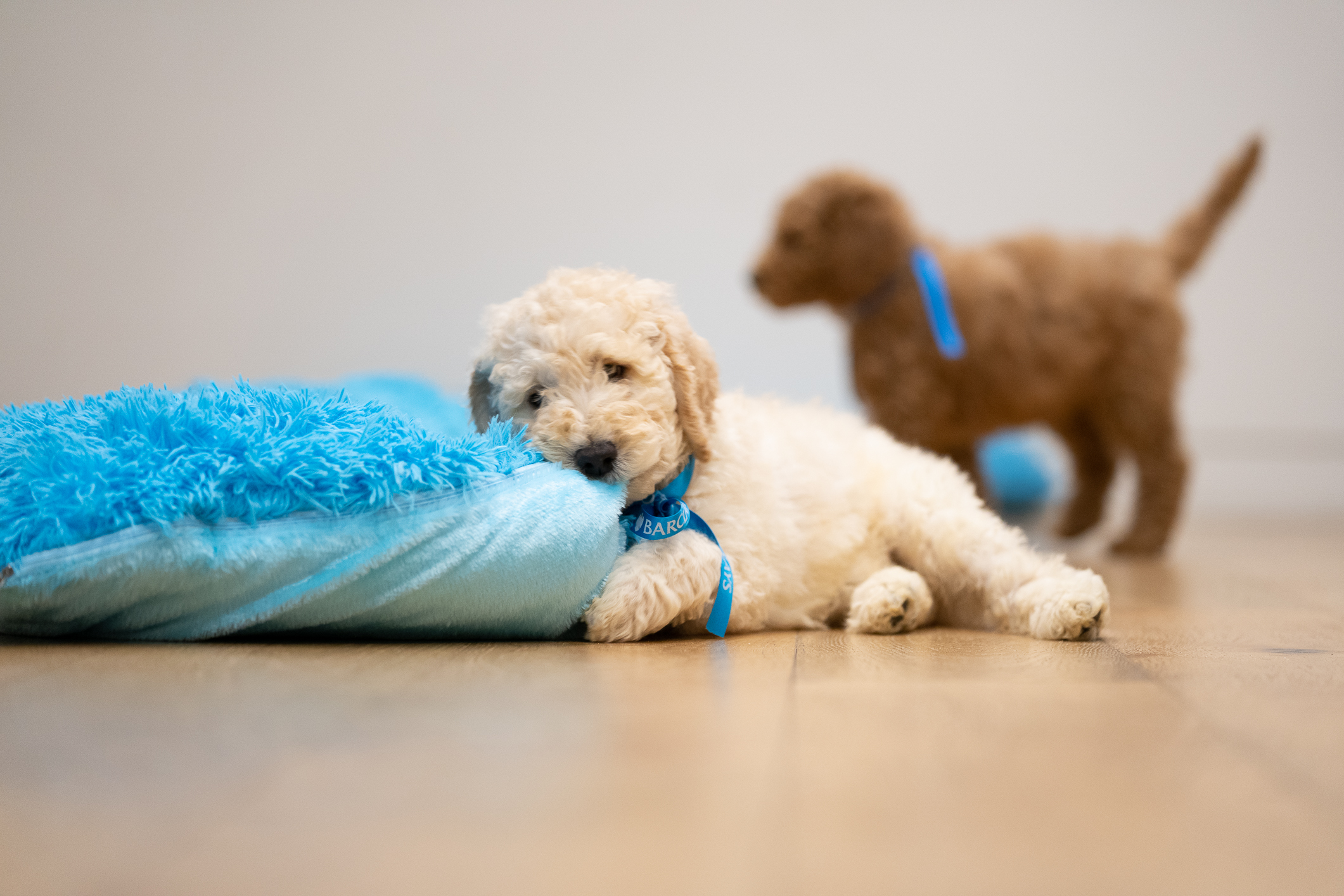 In fact, more than two in five students (41 per cent) revealed they find managing money one of the most stressful parts of their whole university experience and worryingly, 44 per cent of students said they don’t know where to go for guidance when they have worries about their money, potentially adding to their stress.

However, help is at hand as Barclays has today announced that it will be holding a trial of a new service offering students the chance to attend free puppy sessions in branch. During the sessions, students will be able to cuddle and play with a litter of puppies, which studies have shown can be instrumental in reducing stress levels1. At the same time, they can receive practical guidance on how to budget effectively for student life, or overcome any of their money worries with one of the Barclays Money Mentors2  team, a specially trained group of money experts dedicated to helping people across the country take control of their money.

The service is being trialled in the Barclays branch at St Ann’s Square in Manchester, with sessions available between 12pm and 3pm on Thursday 21st November. However, students (and dog fans everywhere) who aren’t able to attend the session can still de-stress as the puppies will also be live streamed on Barclays YouTube channel. 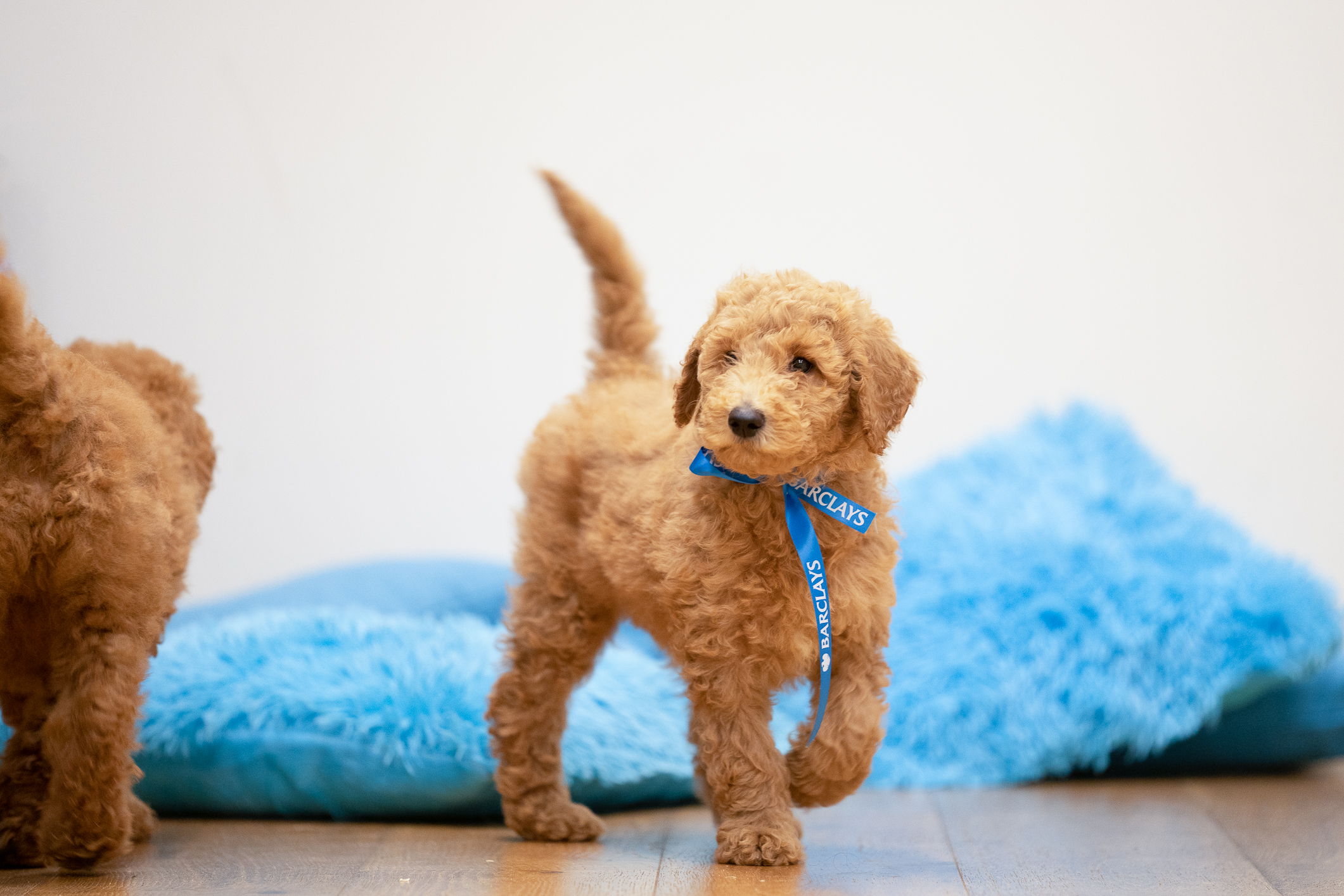 The sessions are being trialled after research from the bank revealed that despite three quarters (76 per cent) of students beginning with the best of intentions and setting themselves a budget while at uni, two fifths (39 per cent) completely run out of money during their first term. Of those, well over half (64 per cent) had emptied their bank account by the term’s mid-way point and 10 per cent had even splashed all their cash after Freshers’ Week, with the whole term still ahead of them.

The vast majority (94 per cent) of students admitted they needed to supplement their student loan during their studies, with part-time term-time work being the most popular solution (41 per cent) followed by borrowing from parents (35 per cent).

It has also been revealed that as well as leaning on the bank of Mum and Dad to tide them over, over half (52 per cent) of students also rely on their parents and family back home for much-needed financial advice.

“Moving away from home to attend university is a hugely exciting time but too many young people are having their experience affected by money worries. Our research found that nearly two thirds (63 per cent) of students admit they thought it would be easier to manage their money at university than it is so we want to make sure that when they need help, there’s a clear place to turn – and that is why we’ve introduced both our Money Mentors service and our new trial of the puppy sessions. We hope the service will help reduce students’ stress levels and encourage them to open up to us about any money concerns they might have, within a safe – and fluffy – space.”

Students in Manchester can visit Barclays, 17 St Ann’s Square, Manchester M2 7PW on Thursday 21st November 2019 between 12pm and 3pm. Spaces in the sessions will be limited for the safety of puppies and humans alike, and will be offered on a first come, first served basis.

Those wanting to tune in remotely can head to the Barclays YouTube channel on Thursday 21st November 2019, where one hour of puppy play will be streamed live from 11am-12pm and looped thereafter for anyone seeking to de-stress.

Pip Landers-Letts, Barclays’ Head of Youth, Student & Graduate Propositions offers some top tips to students to help them stay in control of their spending: