A former Edinburgh College student has been presented with a prestigious award by Scotland’s Deputy First Minister after setting up the College’s first-ever student-led shop.

HND Retail Management alumnus Dean Clark, 32, was presented with the Pride O’ Worth Award by John Swinney MSP at the annual SQA Star Awards held in Glasgow on Friday.

This special commendation came shortly after Dean was given the College Candidate of Year Award for his role in creating Bizarre-Bazaar – the first ever student-led retail business project at the College’s Sighthill Campus.

Dean project managed a team of his fellow retail students as well as working alongside students and staff from the College’s Built Environment and Creative Industries faculties to create the new shop in a bid to gain first-hand experience of setting up and running a new small business.

In addition, Dean recruited volunteers from a programme aimed at supporting people seeking employment, a programme Dean previously went through himself. References have since been provided for the volunteers to help them in looking for future work. 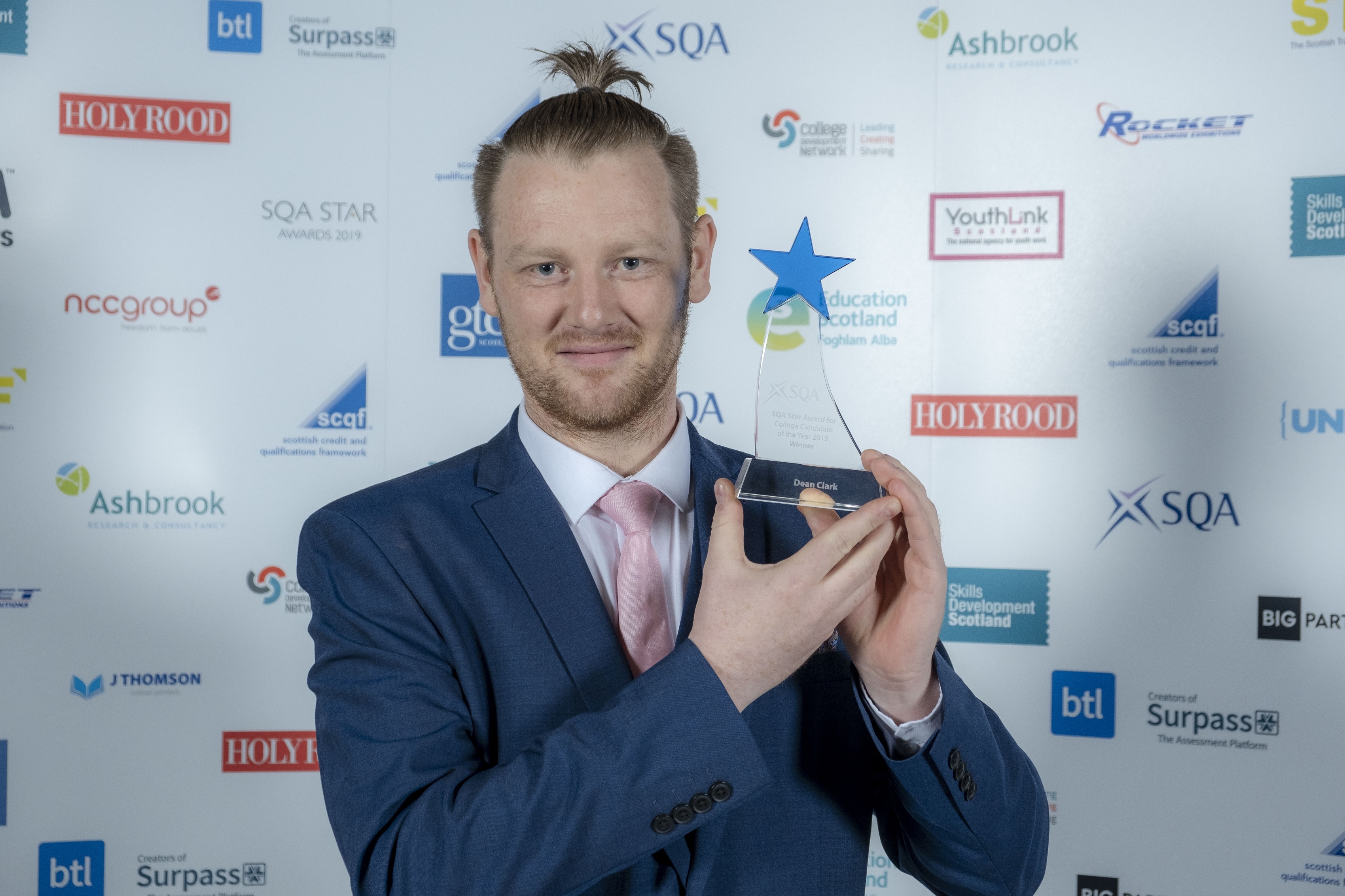 Dean said: “I’m over the moon to have been named the College Candidate of the Year. I worked really hard to get our shop at Sighthill off the ground and to help everyone else in the team to reach their potential. To receive this amazing recognition for that is a brilliant feeling.

“Being presented with the Pride O’ Worth Award by the Deputy First Minister is a moment I’ll never forget, I was shocked as I wasn’t aware I had been shortlisted for this special award. It’s really humbling.”

“His determination, commitment, enthusiasm and all-round personality has shone through from the moment we first met him and continued right through his time at College.

“He has been an inspiration to both staff and students across the College, and without him the Bizarre-Bazaar project would not have happened.

“We’re very proud to have been a part of Dean’s story and wish him the best for his career.”

During his studies, Dean was accepted on to the Co-op’s management training programme and has worked his way up to assistant store manager level since completing his college course in term 2018/19.