An application to develop the Engine Shed building and site on St Leonard’s Lane into a small single malt whisky distillery and visitor centre has been submitted to the City of Edinburgh Council. 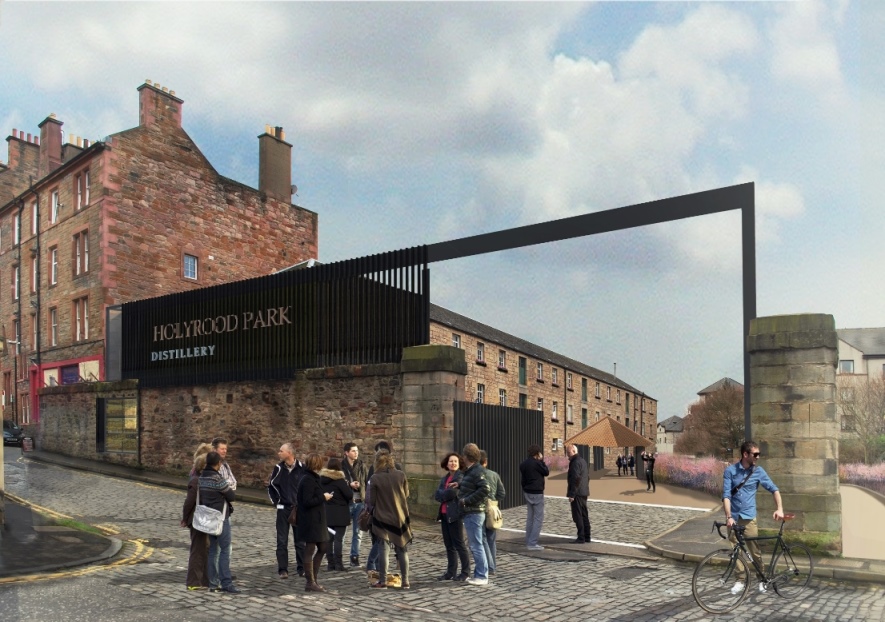 Whisky expert, and former Master Distiller for The Macallan, David Robertson is behind plans to open The Holyrood Park Distillery – a £3.6 million distillery and visitor experience.

Following the City of Edinburgh Council’s decision in August last year to enter into a lease with The Holyrood Park Distillery, the team behind the development has held consultations with local residents and businesses to shape plans and has taken neighbours’ feedback on board in the final proposals.

Subject to planning approval, The Holyrood Park Distillery will be Edinburgh’s first single malt whisky distillery since Glen Sciennes closed in the 1920s. The business aims to start distilling whisky in 2017. As a small scale operation, it will initially produce only 53,000 litres of alcohol per year, resulting in around 140,000 bottles of mature single malt in 8 – 12 years’ time.  The Holyrood Park Distillery will initially employ approximately 25 staff at varying levels, from trainees right up to experienced distillery operators, tourism and production managers.

David Robertson, project lead of The Holyrood Park Distillery, said:  “We are very excited by the prospect of resurrecting the proud tradition of distilling single malt whisky in Edinburgh. We have submitted plans which outline our vision to bring single malt whisky distilling back to Edinburgh and have worked closely with local residents and businesses to build a proposal that we hope will benefit the local community as well as Edinburgh as a whole. Our vision is to create beautiful, hand-crafted spirits and the Engine Shed building is the ideal location for us to realise this ambition. With its history dating back to the 1830s, it will provide a fantastic home for us to create a small, but world-class distillery and tourist destination of which Edinburgh can be proud.”

The distillery will also host an education facility to be used as a community and school resource for learning about distilling and the rich history of the site. Visitors will be able to enjoy a range of spirits as part of the tour experience and ambitions stretch to establishing a weekend market for local crafts and products in the courtyard.

Edinburgh has a long and proud history of whisky production. Back in the late 1700s there were 8 licensed distilleries and it is estimated that there may have been as many as 400 illegal stills. Urban production fell out of fashion but is currently enjoying a boom, with distilleries popping up in some of the world’s iconic cities including New York, London, Dublin, Glasgow, Portland, Nashville, New Orleans, LA, Detroit, San Francisco and Austin.

Glen Sciennes was the last single malt whisky distillery to operate in Edinburgh, and was also located in the St. Leonards area. The distillery’s maltings were sited near the Engine Shed before its closure in 1925 and later demolition.