Picasso masterpiece to go on display at Duff House 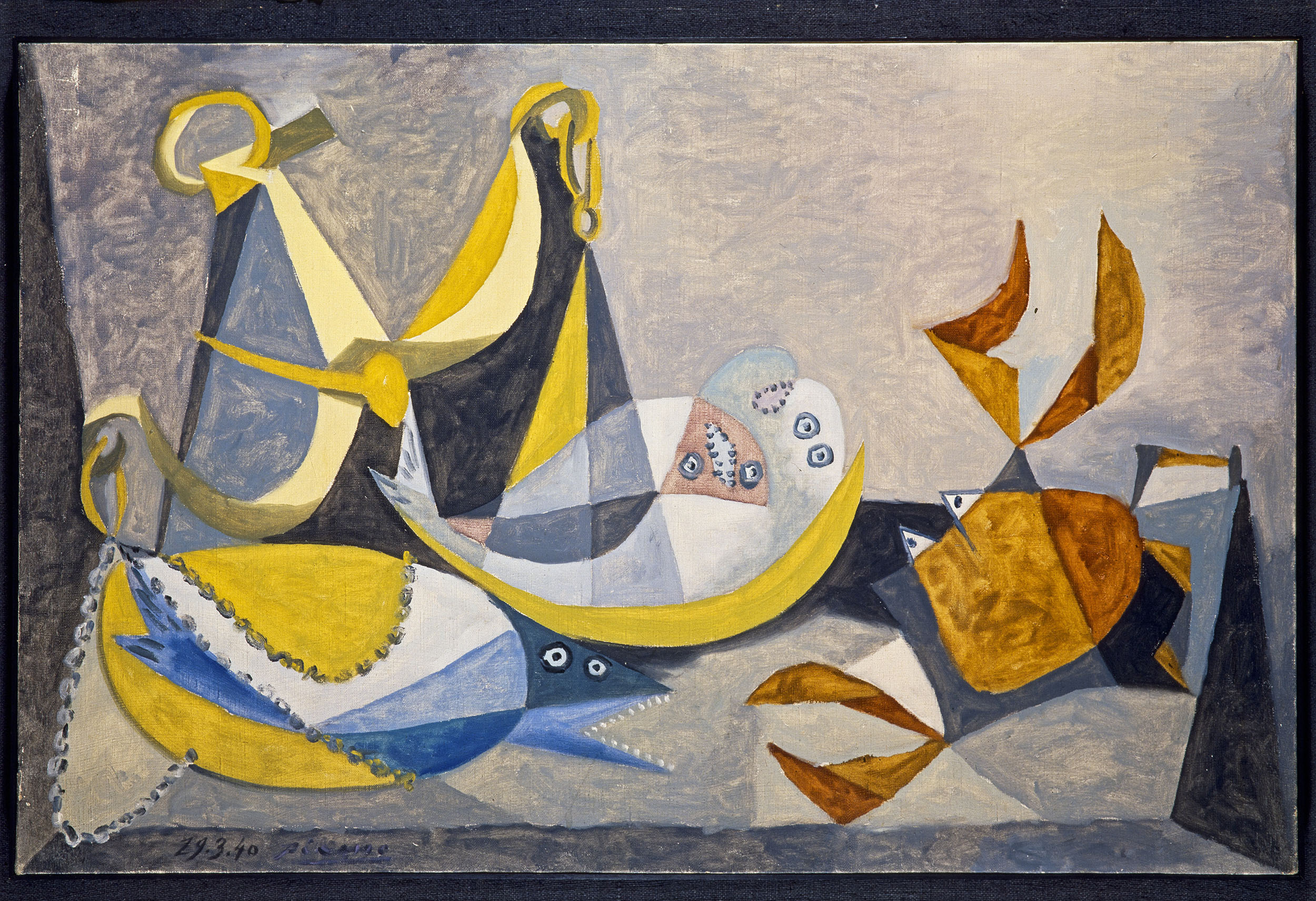 Visitors to Duff House will soon have the opportunity to view a masterpiece by one of the most famous artists of the twentieth century.

Pablo Picasso’s Les Soles, on loan from National Galleries of Scotland, will go on display at the Georgian mansion in Banff from Tuesday 1 August.

Les Soles was inspired by the bustling markets of the seaside town Royan, in southwestern France. It depicts a crab and two fish, said to represent Picasso and two of his mistresses.

The work was painted during a three month trip to Paris in March 1940 while Picasso was still based in Royan, shortly before he fled his coastal retreat when it was occupied by Nazi troops.

Graeme Curran, Manager of Duff House, which is operated by Historic Environment Scotland, in partnership with Aberdeenshire Council and the National Galleries of Scotland said: “We’re delighted that Duff House will host an artwork from one of the most iconic artists of the modern era.

“Banff, as a coastal town, seems a fitting location for exhibition of Picasso’s Les Soles, which so vividly draws inspiration from life by the sea.

“This is a great opportunity for art lovers in the north east to admire a perhaps lesser known work of a true master.”

Pablo Picasso was one of the best known artists of the twentieth century. Originally from Spain, he spent most of his adult life in France. An immensely influential and prolific artist, it is estimated he produced over 50, 000 artworks in his lifetime.

Hannah Brocklehurst, Scottish National Galleries Managing Curator for Duff House, said: “‘We are absolutely delighted to be bringing this outstanding masterpiece to audiences at Duff House.

“Owing to the fragility of the painting it rarely travels, and this will be the first time in many years that this has seen outside of Edinburgh. We are thrilled to be showing this important work in such a beautiful venue.”

Picasso’s Les Soles will be on display at Duff House from Tuesday 1 August – Sunday 29 October 2017. Entry to view the painting is included in the Duff House admission price, and is free for members.

For further information about events and exhibitions at Duff House, visit www.historicenvironment.scot.