-Record number of submissions in the competition’s second year

A free public photo exhibition showcasing stunning images of wildlife and scenery along the National Cycle Network in Scotland has opened at Lochrin Basin along the Union Canal, Edinburgh. 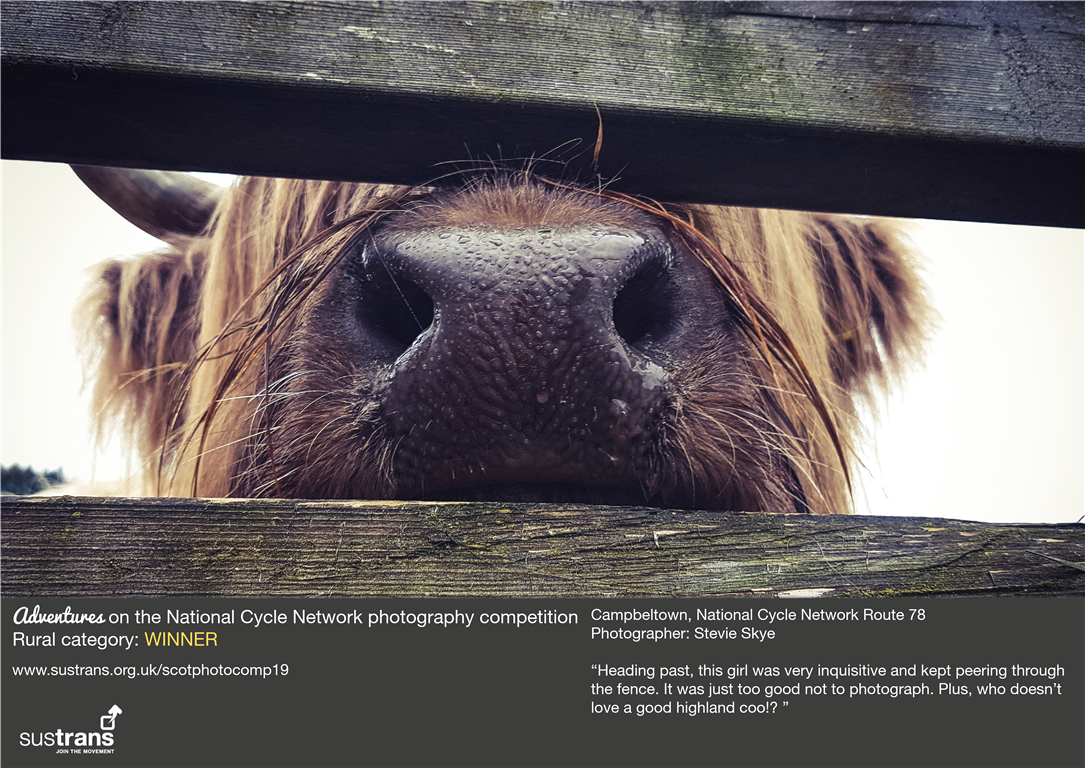 The Adventures on the National Cycle Network exhibition features submissions from photographers of all ages and experience, who were encouraged to enter their best images captured along the 2,371 mile long Network throughout April and May.

Supported by Scottish Canals, Scottish Wildlife Trust and Young Scot, the competition received a record number of entries from across the country.

The twelve finalists were unveiled beside National Cycle Network Routes 75 and 754 on Saturday 3rd August, with prizes awarded to the winners of each of the four competition categories. The exhibition will remain on display throughout the Edinburgh Festival Fringe. 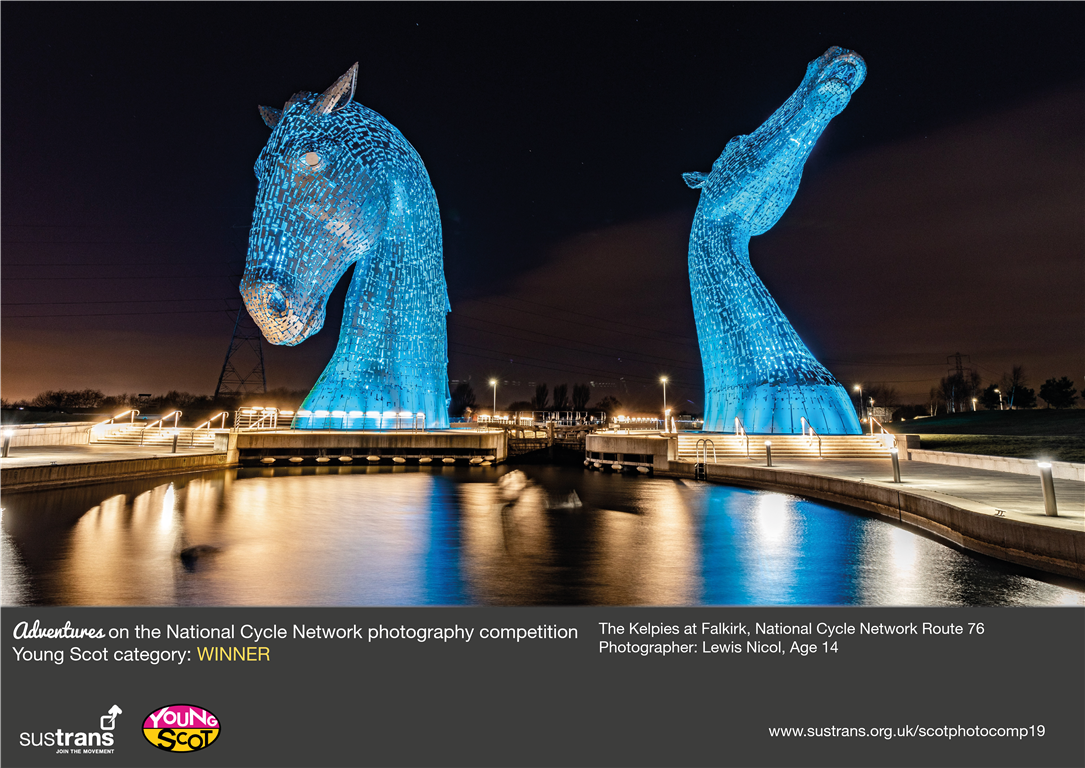 After attracting over 100 entries, winners were chosen through a public vote held across Sustrans Scotland’s social media channels throughout July. Stevie Skye managed to win both the Rural and Wildlife on the Network categories for his shots of a charismatic Highland cow and a beautiful close-up of a bee. Stevie was delighted to win both categories noting “I never win anything so I’m even more excited to have won two. If I’m honest, it’s quite the honour to even be shortlisted! There were some fantastic entries across the board. As a whole, I think the cycling routes are fantastic to see some great parts of the country whether you cycle or not.”

14 year-old Lewis Nicol’s dramatic night time image of the Kelpies was crowned the winning shot in the Young Scot category, while Paul Robb’s artistic shot of bicycle themed street art in Glasgow stole the show in the Urban category.

Niall Shannon, Network Engagement Manager at Sustrans Scotland, said: “Following on from the launch of our Paths for Everyone report last year, it has been inspiring to see such a broad range of entries from people enjoying the possibilities of the National Cycle Network across Scotland in their own unique ways.

“With the inclusion of the new Young Scot category, we expected to see an alternative perspective from our younger photographers and were delighted when they turned out to be some of the highest quality photos in the contest

“We hope that these stunning images, which so brilliantly capture the diverse wildlife and landscapes of the National Cycle Network, continue to inspire even more people to plan their own adventures along the amazing routes in Scotland. 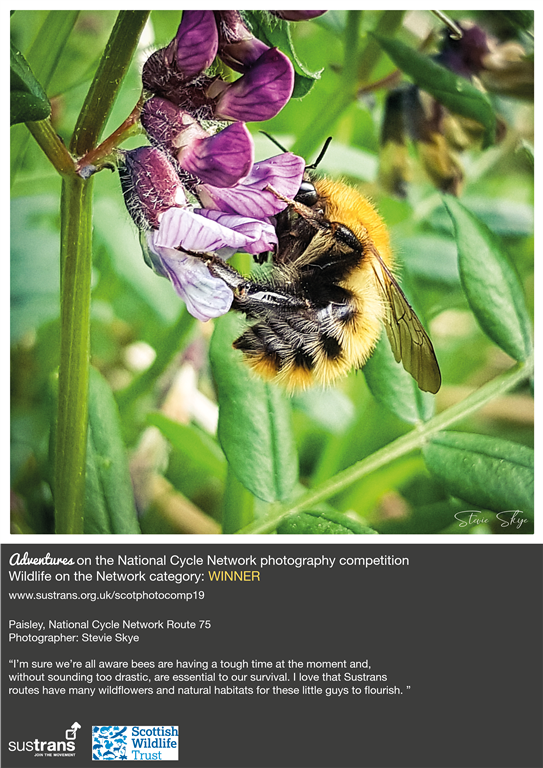 Helena Huws, Head of Destination Development at Scottish Canals, said: “We’re delighted to have supported Sustrans’ photo competition for the second year. Scotland’s canals play a key role in the National Cycle Network and there’s no shortage of incredible sights to discover by boat, boot or bike.”

Nick Wright, People & Wildlife Manager at Scottish Wildlife Trust, added: “Exploring Scotland’s cycle network is a fantastic way to experience the natural world. Many parts of the network form vital green corridors for wildlife and we’re delighted to have supported this photography competition. The more people inspired by wildlife the better chance we have of protecting it for future generations.” 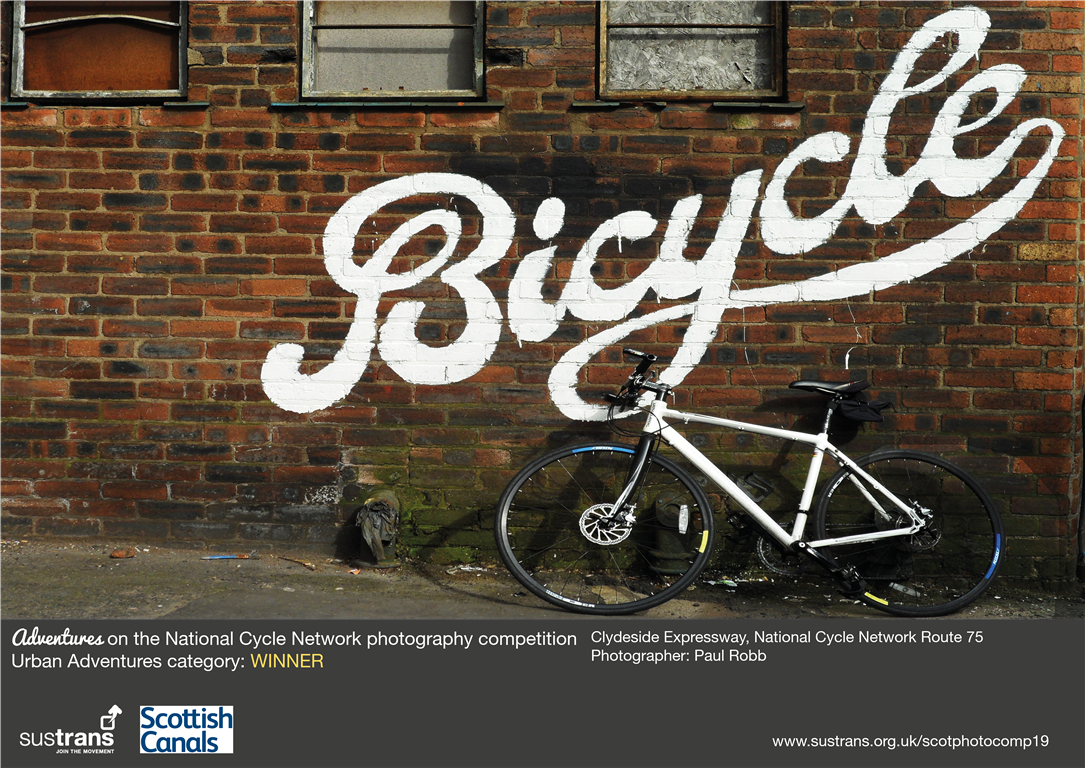 You can visit the free exhibition at Lochrin Basin, EH3 9QD, along the Union Canal – Fringe Venue 528 – in Edinburgh during the month of August.