Past and Present Come into Focus at SJIB 50th Anniversary Dinner

Scotland’s Minister for Business, Fair Work and Skills, Jamie Hepburn, has called upon the nation’s electrical industry to “look to the future” as it seeks to meet continuing demand for qualified professionals.

Speaking at a gala dinner to mark the 50th anniversary of the Scottish Joint Industry Board (SJIB), the Minister also acknowledged the support of both unions and employers in shaping one of the largest construction trade apprenticeship schemes.

Mr Hepburn said: “Apprenticeships remain an invaluable way for young people to learn the skills they need for the world of work.

“The broad nature of the current electrical installation apprenticeship produces qualified and competent people in a safety critical role, who are trained in a consistent way which means they can operate all over Scotland, and indeed the world, as their training meets industry demands.

“Its success is due to the influence of employers and trade unions in ensuring that the qualification is fit for purpose. But while we gather here to celebrate the past 50 years, we also need to ensure we all concentrate on the future of our industry.”

Mr Hepburn was speaking at Edinburgh Castle, where guests from across the industry gathered to honour the SJIB, which sets the standards for employment, welfare, grading and apprentice training in the electrical contracting sector, with the aim of improving the industry’s status and productivity.

Some 80 guests attended the celebration on 21 November, held in the Queen Anne room at Edinburgh Castle. There was a strong union presence, as well as guests from the Joint Industry Board and other key industry bodies, including the Electrical Contractors’ Association, Skills Development Scotland, Scottish Qualifications Authority and Energy Skills Partnership.

SJIB chairman Jock Simpson said the organisation has continued to evolve, meeting and exceeding the plethora of challenges that have come its way. He attributed this success to the continuing good relationship between employers represented by SELECT, the leading trade body for the electrical industry, and Unite the Union.

“Over the past 50 years, the UK has seen many collective agreements disappear and I am pleased that we are fairly unique in being one of a small number who have not just bucked the trend, but have grown and thrived,” he said.

Alan Wilson, managing director of SELECT and Director of the SJIB, said the Scottish capital’s iconic castle was a fitting setting for the celebrations.

“It was built by qualified and competent tradespeople and is maintained by experts in their field,” he explained. “It has strong and solid foundations, and is traditional, but also embraces change and new technology. 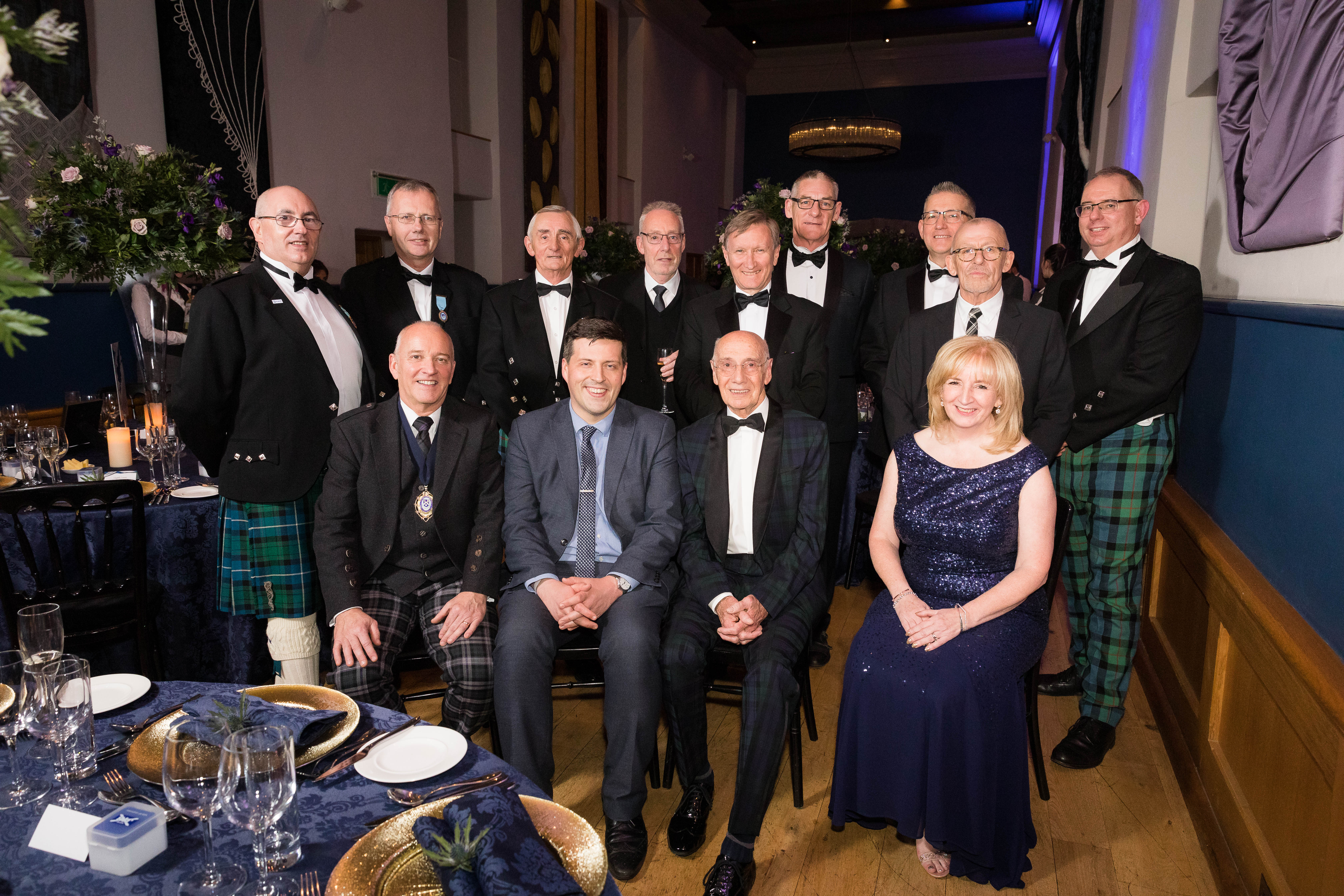 “It has seen plenty of conflict during its history, yet has stood strong and weathered every battle successfully – just like the SJIB.”

Scott Foley, Lead Trade Union Officer for the SJIB, said one of the most notable achievements of the SJIB and its sister board was to eradicate the scourge of Blacklisting from the industry, which denied hard-working electricians access to work for many years. 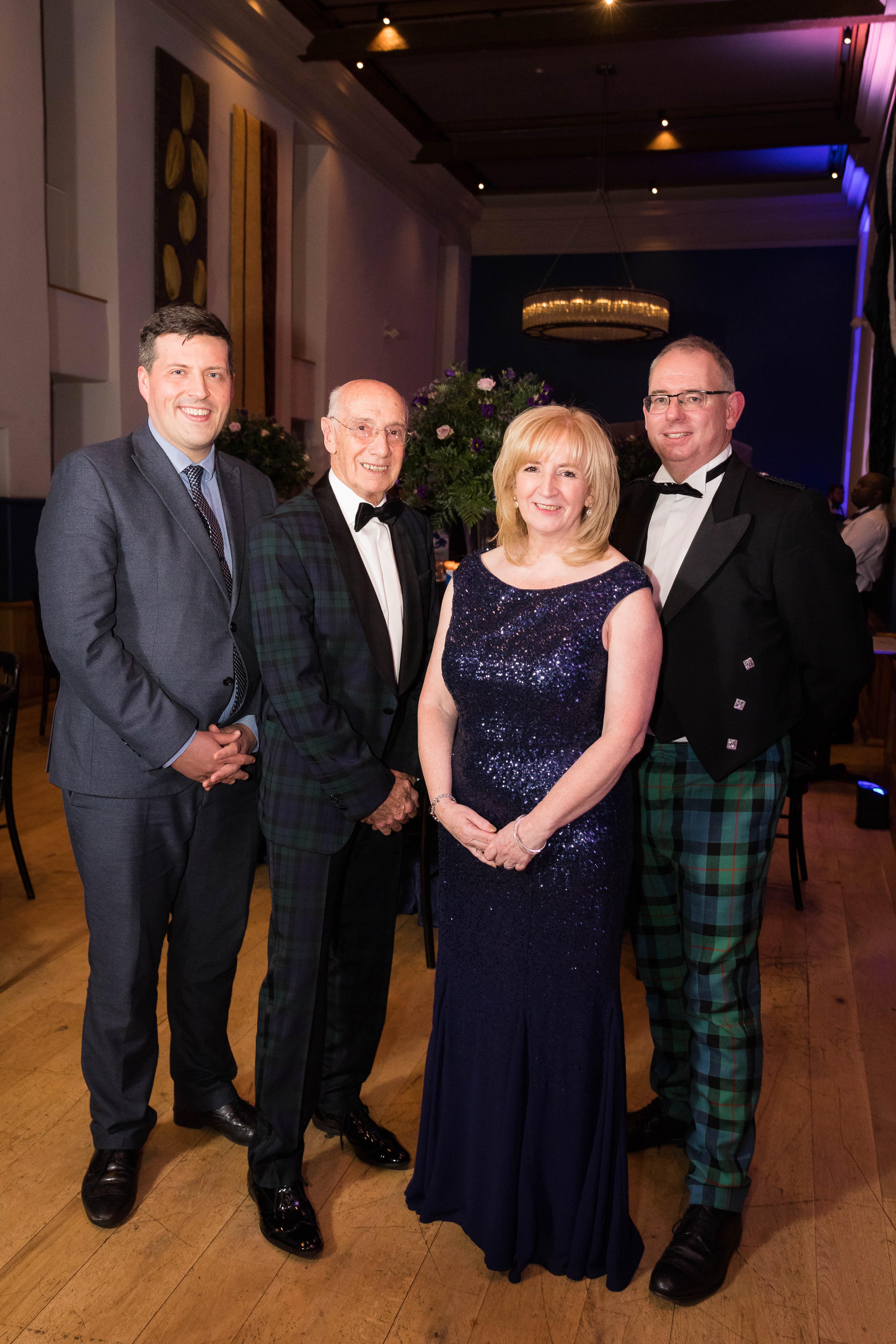 He said: “The Model Statement on Blacklisting is incorporated into the National Working Rules as guidance for both employers and electricians. Officiated over jointly by Unite and SELECT, the SJIB Working Rule Agreement sets the terms and conditions for employment while protecting members from unfair dismissal.”

Former SELECT President Alick Smith said these and other contributions by the SJIB could only truly be appreciated by those who remember the industrial relations chaos of the 1960s.

“Whatever else the SJIB has done, it has most certainly brought stability to the industry, laying the foundations for a constructive and progressive industrial relations environment,” he said.

“Through the SJIB, our relationship with Unite has enabled electrical contracting in Scotland to become one of the best-trained industries in the UK – one where the focus is always on the upgrading of skills, and where great emphasis is placed on health and safety in the workplace.”

Fiona Harper, The Secretary of the SJIB, rounded off the anniversary evening with a toast to all of the guests.

“It’s wonderful to look around this room and see so many familiar faces who have helped make the SJIB the formidable body it is today,” she said. “Between us, I think we have paid a fitting tribute to an institution that plays such a central role in the Scottish electrotechnical industry.”

Founded in 1969 by Unite the Union and SELECT, the SJIB’s duties include regulating between employers and employees, providing benefits for people engaged in the industry, and stimulating industry progress. In addition, the SJIB has oversight of employment, skills and proficiency, health and safety competence, wages and welfare benefits across the electrical industry in Scotland.