Openreach recruits another 220 engineers and apprentices across Scotland 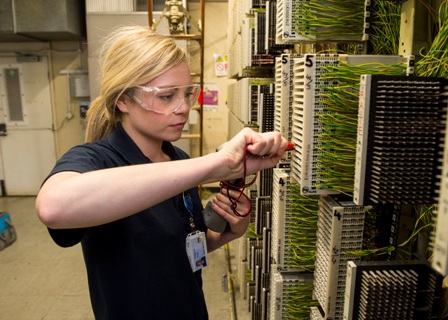 The latest recruitment has included the hiring of more than 180 engineers and 35 apprentices across the country – including 23 recruits in South East Scotland – to help install new lines and fix faults more quickly.

The new recruits are also working on rolling out fibre broadband to more households and businesses beyond the more than two million Scottish premises which already have access to the high speed technology.

The South East recruits are based in locations including Edinburgh, Leith, Musselburgh, Bathgate and the Scottish Borders.

Today’s announcement is the latest in a series of major recruitment drives undertaken by Openreach in Scotland. Nearly 150 engineers and apprentices were hired across the country last year.

A significant number of the jobs have been taken up by ex-service men and women – continuing the company’s long-standing relationship with the UK Armed Forces1.

The business remains keen to further increase diversity in the workforce, including the recruitment of more female engineers. It recently joined forces with other technology firms to create a new mentoring scheme – Step into STEM – which encourages schoolgirls to pursue Science, Technology, Engineering and Mathematics careers.

“New recruits are now embarking on exciting careers in a fast-moving industry, which is making a major contribution to Scotland’s future success. Already, they’re working hard to ensure that local households and businesses get the best possible service whether they’ve ordered the latest new technology or simply reported a fault.

“Given our focus on service, we’ve recruited people who can connect with customers and give them a great experience they’ll remember. In return, they have the opportunity of a fantastic career in a company that’s at the forefront of building the UK’s connected future.”

1 Openreach has recruited more than 2,000 former servicemen and women over the last two years.