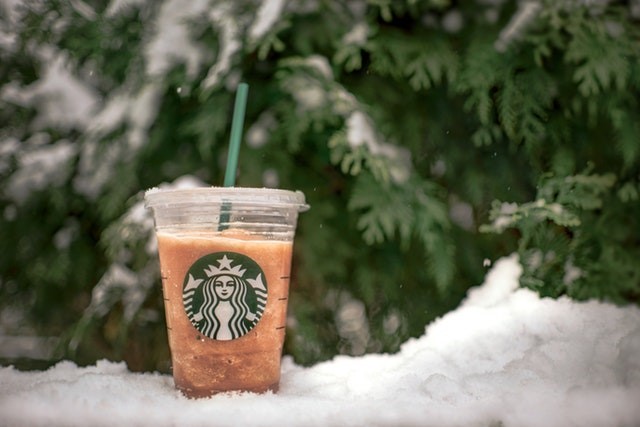 On 14 January 2019 the legislative framework of intellectual property law in the UK was updated, following an update to the law at EU level. This provided for the removal of the requirement for trade marks to have ‘graphical representation’, typically either a word or a logo. This may seem a minor change, but it has allowed trade mark law to move forward, and to progress with technology, as it allows the registration of what are termed ‘multimedia’ trade marks.

This change was no doubt based on companies having increasingly specific, digital-based methods of branding and identifying themselves to consumers – methods and marks they are aware consumers identify with their brand and, therefore, want to protect. It is perhaps no surprise then, though no less significant, that the first trade mark for a ‘motion’ was granted recently to Toshiba for a 1-second clip of their logo surrounded with polygons, forming origami.

It has been speculated that the granting of this trade mark is likely to give rise to a surge in applications for other ‘motion marks’ as well as other types of ‘non-traditional’ trade marks such as ‘sound marks’. It is expected that such applications will come from technology-based sectors who place more reliance on such methods of branding in their marketing, and are likely to be quicker to appreciate the opportunity such a trade mark would give them. That being said, there are a diverse range of sectors that use such methods of branding so there may well be a general uptake in the applications for ‘multimedia’ trade marks through many industries.

It is worth noting that this is not the first trade mark application to be picked up in the press, and there have been some much more bizarre trade marks over the years. Let’s take a look at some of what could be considered the best three.

The first is from 1994, when darts manufacturer Unicorn Products Limited applied to register a trade mark for ‘the strong smell of bitter beer applied to flights for darts’. This was the third application for a smell trade mark, with the previous two being rejected. There was another application around that time for the ‘floral fragrance/smell reminiscent of roses as applied to tyres’ which was applied for by Goodyear Dunlop Tyres UK Limited. Both of these applications were accepted for registration, and still remain registered at the time of writing.

The second notable case is that of Cadbury and their long-running attempt to protect what they see as the unique purple colour, named ‘Pantone 2685C’, used in their chocolate packaging. Cadbury originally held this trade mark since 1995 for use as colour on confectionary products only, however they later attempted to widen the trade mark to cover the usage of the colour as ‘the predominant colour applied to the whole visible surface, of the packaging of goods’. This was challenged by their competitor, Nestle, and the Court of Appeal rejected Cadbury’s arguments as being too vague. It is worth noting that the Cadbury fiasco was part of an equally long-running dispute between Cadbury and Nestle – the latter of whom then lost a trade mark appeal in 2018, in an attempt to trade mark the alleged ‘unique’ four-fingered appearance of their KitKat chocolate bar – which was objected to by Cadbury. Interestingly, the argument put forward by Cadbury in their objection to Nestle was that the shape of the KitKat was not for branding, but rather for the purpose of achieving ‘a technical result’ – the resulting presumably being the ability to break the fingers off into individual pieces. 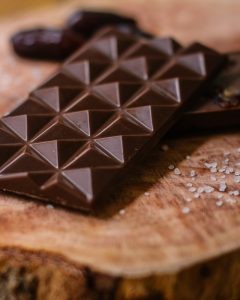 The third interesting trade mark is that belonging to Olympic long-distance runner Mo Farah (or more accurately his company) who owns the trade mark for his distinctive ‘Mobot’ symbol. Originally, the symbol was performed by BBC presenter Clare Balding, as a suggestion of a victory symbol for the athlete. It was then used by Farah and became popular following the London 2012 Olympics, following which the trade mark filing was made in December 2012, and accepted in August 2013. The trade mark is the silhouette of the symbol, as shown below.

In short, it is safe to say that people and organisations are finding more modern and unique ways to identify themselves and market their brand, and trade mark law is changing to accommodate this – though perhaps not at a pace as fast as the branding sector is developing itself. Some are quicker than others to attempt to trade mark what they see as a unique selling point of their brand – which can lead to some interesting applications being submitted.

For help and advice on trade marks, or any other corporate law related matters please speak to a member of the Blackadders Corporate & Commercial Team. 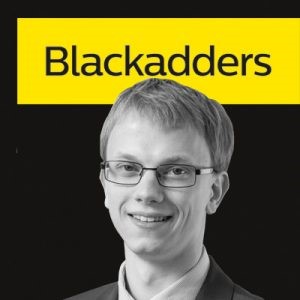