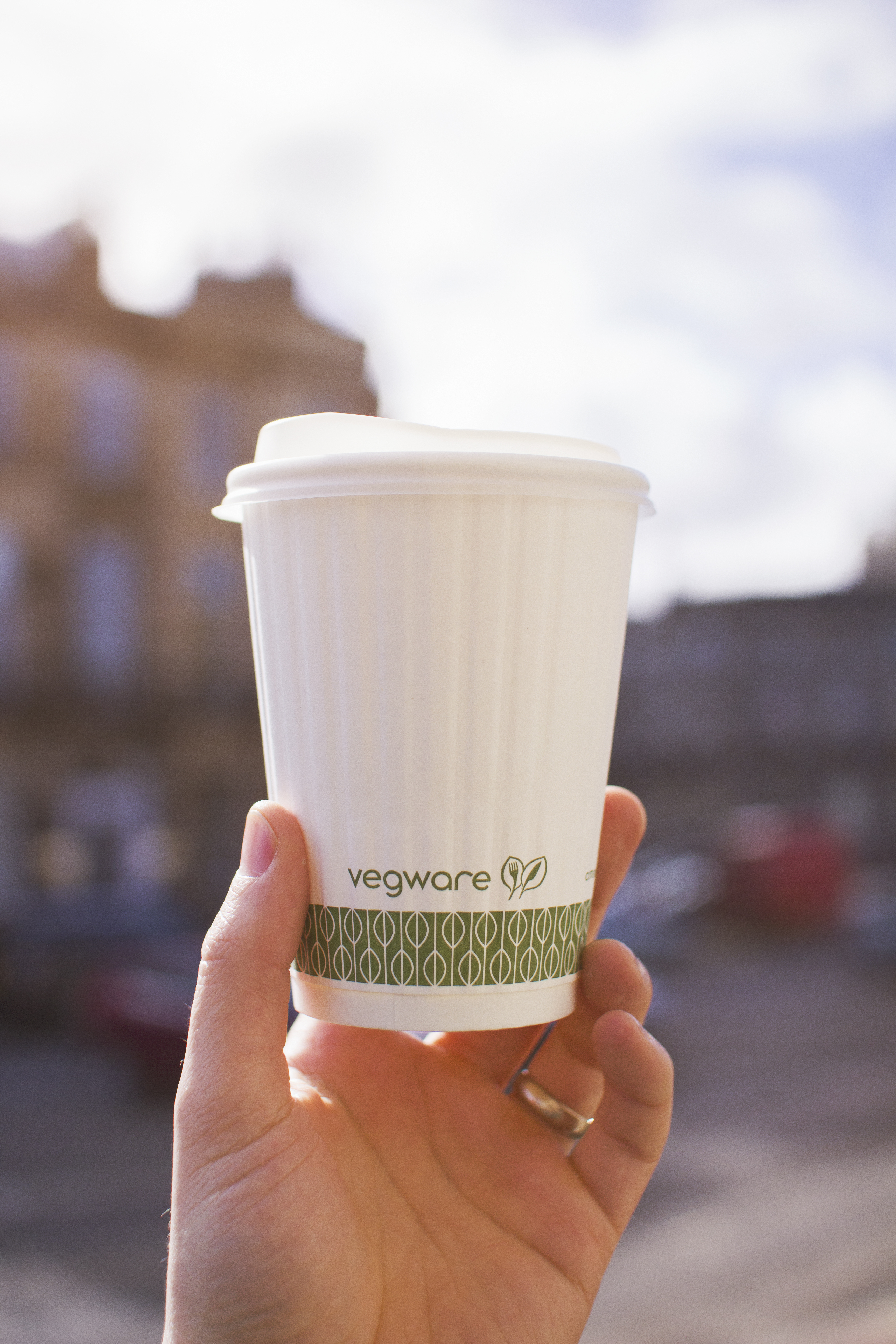 Bristol is leading a huge move away from single-use plastic, yet foodservice businesses still rely on disposable containers to avoid reducing sales by up to a quarter. Conventional disposables are notoriously challenging to recycle, due to the mix of plastic, card and food residues. Vegware’s plant-based catering disposables are designed to be commercially composted. Their plastic-free coffee cups and lids, cutlery and takeaway containers are made from renewable, lower carbon or recycled materials.

The University of the West of England (UWE) has already signed up to Bristol’s Close the Loop, in response to concerns from their 33,000 student and staff voice. Now, used Vegware from the main student restaurant at UWE’s Frenchay campus is turned into compost for Gloucestershire farmers. UWE’s Sustainable Projects Officer Eddy Piper says, “We are pleased to have found a way to reduce the impact of our single-use packaging.”

Takeaway is an integral part of consumers’ lifestyles, yet on-the-go recycling is known to be challenging. Vegware’s new bring-back scheme, the Composting Collective, captures used Vegware for composting. The scheme also aims to encourage people to visit independent cafés over high-street chains.

The Composting Collective unites local cafes, creating a network of bring-back points for consumers to access composting, even if it was bought elsewhere. Members, like Café Matariki at Pacific Yoga, or the Epiphany Café at the Royal West of England Academy, showcase their participation with window stickers and in-café posters.

UK soils are suffering a fertility crisis, and Michael Gove has warned that British farms are 30 to 40 years away from, “the fundamental eradication of soil fertility”. Compost returns nutrients to the soil, and has the added benefit of improving soil structure, reducing the risk of floods.