Netflix film-maker Franck Ribière is coming to Scotland to help celebrate the revival of Scotland’s traditional Native Angus breed of cattle, once perilously close to extinction.

The director, who’s renowned for his films Steak (R)evolution and Wagyu Confidential, is taking part in an exclusive “Meat and the Maker” event with MacDuff Butcher at Scotland’s new Food Hall, Bonnie & Wild. 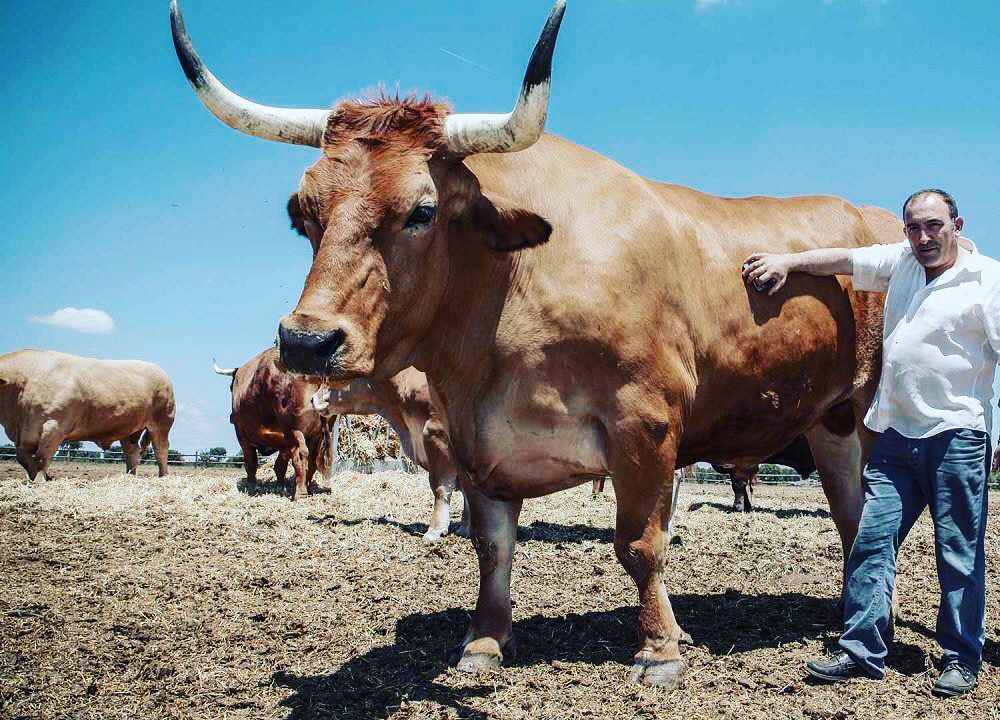 The event on Thursday October 7th will celebrate the return of Native Angus beef, and chart its story from being on the “critically endangered list” and the compelling 30-year mission to bring it back to Scotland’s kitchens and dining tables.

Once on the verge of extinction, Scotland’s traditional Native Angus breed had in the past 50 years been altered by the taller Aberdeen Angus, a breed considered the archetypal Scotch beef cattle, despite its mixed heritage involving imported genetics from North America and Canada.

Now, after a 30-year mission to revive the traditional Scottish Native Angus breed, MacDuff Butcher and Franck Ribière are hosting an exclusive event at Bonnie & Wild’s Edinbrugh Food Hall to celebrate the return of the iconic Native Angus.

Andrew Duff of MacDuff 1890 said: “This ‘Meat and the Maker’ event is for everyone interested in where their beef comes from. We’re excited that Franck Ribière will be there to discuss his own film-making background, which includes the acclaimed films Steak (R)evolution and Wagyu Confidential, as well as his latest release, Look Back In Angus.

“We’re also giving attendees the opportunity to buy this exclusive pure Scotch beef for the very first time in 30 years!”

Franck Ribiere, who is only in Scotland for this exclusive event, said: “I am thrilled to be part of this new opening in Edinburgh as I have known Andrew for a while now and I know his true dedication to good meat and good food. Also, having Native Angus meat for the show is quite a dream too!”’

Mr Duff explained that it was a small cattle farm in the north of Scotland that deserves the credit for saving the Native Angus breed, which was being lost while in competition with the larger continental breeds such as charolais and limousin.

In 2020, Geordie Soutars was awarded an MBE for his work in safeguarding the breed and getting Native Angus off the “Critically Endangered List”. The couple have since achieved special designation status for this pure Scottish cattle, which has no imported bloodlines.

Now, with cattle numbers at a safe level, the Native Angus beef is going on sale in the capital for the very first time at MacDuff 1890 Butcher next week. Next week’s launch event will see film director Franck Ribière, renowned for the films Steak (R)evolution and Wagyu Confidential, discuss his latest film Look Back in Angus, which tells the compelling story of how a small Scottish cow came to dominate global cuisine. Franck will also be joined by the Soutars who will be able to add their own insight into how the Native Angus was saved.

Attendees at the event will also have exclusive access to cuts of Native Angus beef, which will be available on the night from MacDuff’s butcher counter at Bonnie & Wild’s Scottish Marketplace. It is the first time in more than 30 years that 100% Native Angus beef will be available to purchase from anywhere except the Soutars’ own Kingston Farm and their local butcher, and guests will have the option of taking a cut home or having it cooked in front of them by chef John Munro of The Gannet.