Murray Beith Murray is delighted to announce that it has acquired Neil Ross & Company with effect from 15 February 2016.

Founded by Neil Ross in 1998, Neil Ross & Company delivered a tax advisory and compliance service to private clients and trustees covering income, capital gains and inheritance tax, in addition to the preparation of business accounts and tax returns.

Neil Ross said: “The growth of my practice has been a source of immense pride to me, but I feel the time is right to join a larger firm in order that my clients may benefit from a greater range of private client services.”.

“I would like to express my gratitude for the loyalty of my clients over many years and I am sure that they will continue to receive the same level of personal service to which they have become accustomed.  I shall, of course, continue to advise my clients in my role as Tax Consultant with the assistance of Murray Beith Murray’s tax group.”.

Hugh Younger, Murray Beith Murray’s Senior Partner, said: “In looking to further expand our tax practice we recognised Neil Ross & Company as a successful, client-focussed business whose ethos closely matched our own. The merger was a natural fit and we very much look forward to working with Neil and his team.”. 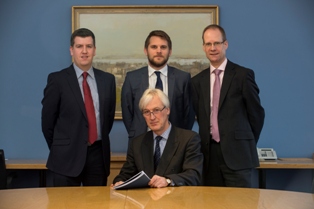 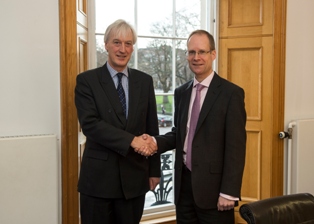