After celebrating their 30th anniversary and new for 2016, family run Mercat Tours launches a major new partnership offering exclusive products to the travel trade for groups and cruise itineraries. 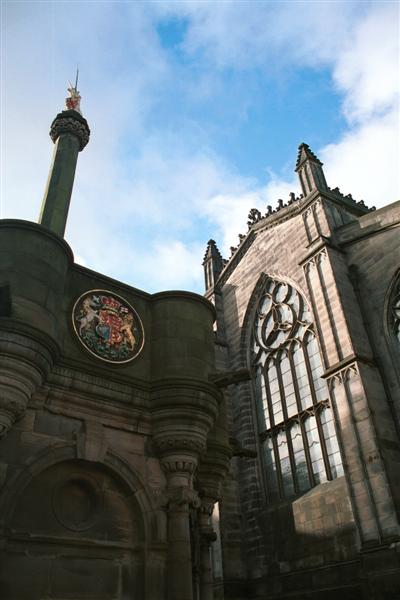 Developed to meet the specific needs of tour operators and with seamless join ticketing, the tours are available exclusively from the award-winning tour company.

In partnership with National Museums Scotland, Mercat have researched five new tours which reveal the stories captured in the famous Scottish galleries in the National Museum of Scotland in Edinburgh.  Highlighting some of the most significant artefacts in the country’s history, Mercat’s accredited guides will trace the story of the objects which have shaped Scotland’s past, present and future.

With year round availability, the travel trade group offering is part of Mercat’s tour programme of historical walks and ghost tours which include Edinburgh Castle and the Blair Street Underground Vaults.  In addition to the new partnership, they are also expanding on the existing German, French and Spanish and special interest ‘Outlander’ tour offered.

The full portfolio of tours, grade 91% 5 stars by VisitScotland are available to the travel trade.  With both freesale for FITs and group rates on offer, Mercat have an experienced team to respond to trade requests.  Launching at VisitScotland’s EXPO in Edinburgh, representatives from Mercat Tours and National Museums Scotland will be attending the 2 day trade mission as part of Scotland’s Heritage partnership, Aisle M.

Stephen Allen, Head of Learning and Programmes, National Museums Scotland commented: “We’re delighted to be offering these exciting new tours. The Scottish Galleries at the National Museum of Scotland make a great starting point for any visitor to Scotland to immerse themselves in Scottish history through some of the nation’s great treasures from the Lewis Chessmen to Mary, Queen of Scots’ jewellery.  We believe these tours will help to highlight some of the most important moments in the Scottish story and bring to life the magnificent objects we display.”