A team of pupils from St Augustine’s RC High School in Edinburgh have been crowned winners of a battle of robots competition – Marty’s Coding Party 2018.

The event, launched by partners the City of Edinburgh Council and CGI, through their Community Benefits Fund, was aimed at encouraging children in Edinburgh’s schools to get more involved in coding.

After a hotly contested final, which saw each of the six teams programme their Martys to complete an obstacle course and a dance-off, St Augustine’s RC High School, based in the West of Edinburgh, emerged as overall winners and received £1,000 to spend on IT equipment for their school. 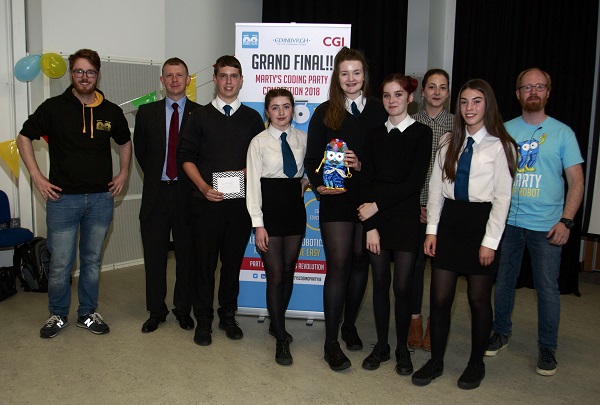 The inaugural city-wide contest, which was aimed at late primary to early secondary pupils, received entries from 33 schools from across the capital.

The grand final took place at Forrester High School where a judging panel decided on an overall winner with prizes also being awarded for creativity and technical skill.

Whilst St Augustine’s scooped the overall prize, Leith Academy – made up of an all girl team – were rewarded for their creativity and Dalry Primary School for their technical skill – both winning a Marty Robot to take back to their school.

Cllr Eleanor Bird, Young Peoples Champion for the City of Edinburgh Council said: “I was delighted to be a judge for the grand final and blown away by the skill and creativity of the teams.

“Learning to code and use digital technologies is increasingly becoming an important part of today’s school curriculum as we continue to face a digital skills shortage in Scotland. Introducing children to these subjects in a fun and engaging way will help open the door to some young people considering robotics and coding as a career for the future.

“Through the competition, our pupils have had the chance to develop their IT skills in a very fun and interactive way. Marty makes learning about coding, electronics, and mechanical engineering a fun, challenging and engaging process

Alan Dickie, Director of Consulting Services at CGI said: “Hiring and developing local talent is key to CGI’s client proximity model, so it’s in our interest to ensure that Scotland has a digitally skilled workforce for the future. By encouraging children to get involved in a fun as well as educational way, we hope that we will see more young people considering IT as a valuable career option that is full of opportunity. Through our modern apprenticeship schemes we are committed to providing opportunities for young people and I definitely spotted a lot of potential in these finalists.”

Sandy Enoch, CEO and Founder at Robotical, said: “I was astounded by how good the teams were and how professional! It was great to see them all supporting each other and deciding on our prize-winners was very difficult. Marty has been developed to promote creativity and learning and acts as an entryway into computer sciences so it has been great to see the excitement from the schools. 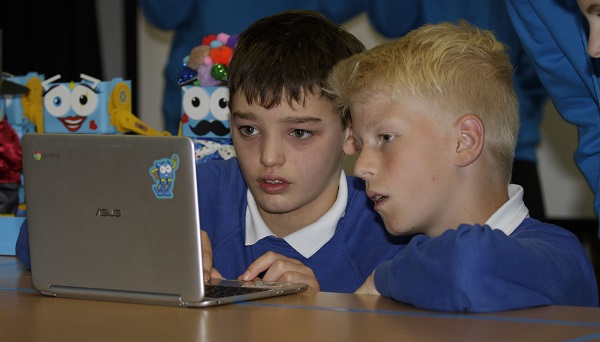 “We live in a world where technology is all around us, and this is only going to increase. Whether we are talking about robot vacuum cleaners or self-driving cars, it’s really important that everyone knows a bit about how the world around them works. Through this competition I hope pupils who might not normally engage in STEM subjects gain a better understanding of the potential of robotics and coding.”

You can find all entries HERE.