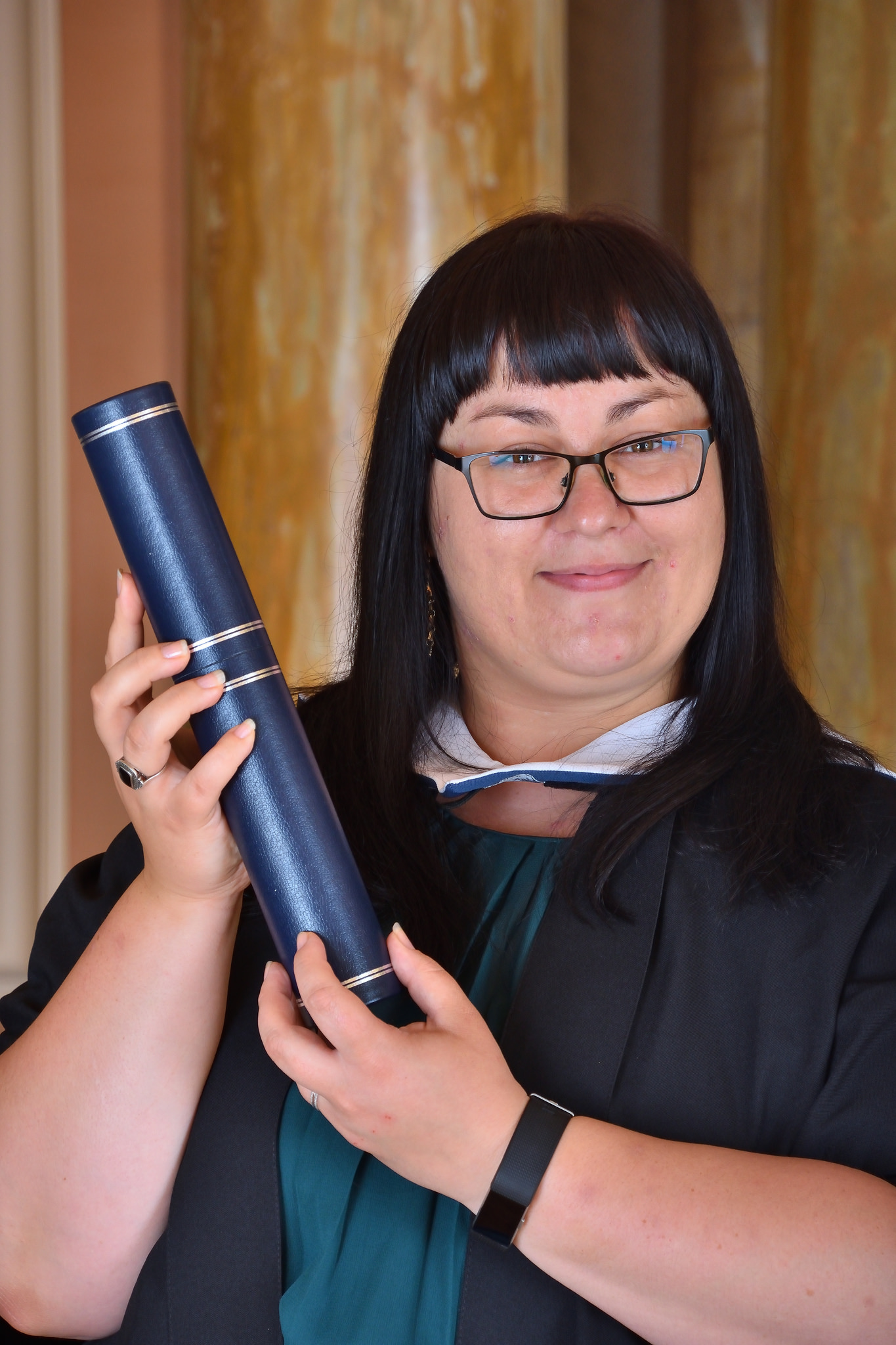 A new graduate from Edinburgh has been recognised by Queen Margaret University (QMU), Edinburgh for her excellent performance during her psychology degree.

Marta Isibor, who is 32 years old and is originally from Poland, graduated from QMU with a BSc (Hons) Psychology. Her incredible efforts throughout her degree journey were recognised by the British Psychological Society when she was presented with the Society’s Undergraduate Award 2017 for achieving the highest overall scores on her degree programme.

This special commendation is awarded once a year to QMU’s top performing final year psychology student.

Marta, who has lived in Scotland for ten years, has juggled significant family responsibilities whilst studying for her degree. She is a busy mother of two beautiful young boys.

In addition to the British Psychological Society award, Marta also gained first prize in the Edinburgh University Neurological Society National Conference essay competition for her work on the contribution of psychology to present understanding of schizophrenia. The article has since been published in the Cambridge Medicine Journal.

Discussing her work, she said: “I used my dissertation to study skin picking disorder which is a condition affecting 1.5% – 5.4% of the population. Compulsive skin picking (CSP) is characterised by the repetitive picking of the skin which ultimately causes damage and distress.

“CSP is classified under obsessive-compulsive and related disorders and is often repetitive, ritualistic and tension reducing. I was really interested in studying this area as the condition is so under researched and the people who are affected are really struggling.”

Marta continued: “I recently presented my research at a conference at King’s College London which was well received. I’m really enthusiastic about further developing this research at master’s level.”

The abstract of the work has been published in the Frontiers of Psychiatry journal, landing Marta her second academic publication as an undergraduate.

Marta is currently working in the Royal Edinburgh Hospital as an honorary assistant psychologist but is keen to return to QMU to do a Masters in Research.

Discussing QMU, she said: “I really enjoyed my time at QMU as the university is small and friendly. It’s easy to get to know your lecturers and I felt I got more individual guidance from academic staff that I may have got at a larger institution. It also has a very helpful learning support service which I found very useful in my first year of study.”

Stephen Darling, Senior Lecturer in Psychology, was Marta’s personal academic tutor. He said: “Marta’s success deserves celebration – she has overcome many obstacles to emerge with a highly impressive final degree. I am delighted that she intends to stay within the area of psychology, and in a world where we have so many crucial issues with regard to mental health, I believe she, alongside our other graduates, will go on to make a real difference.”

Marta was joined by her husband, mother, sister, and two sons at the graduation ceremony in July which took place at Edinburgh’s Usher Hall.