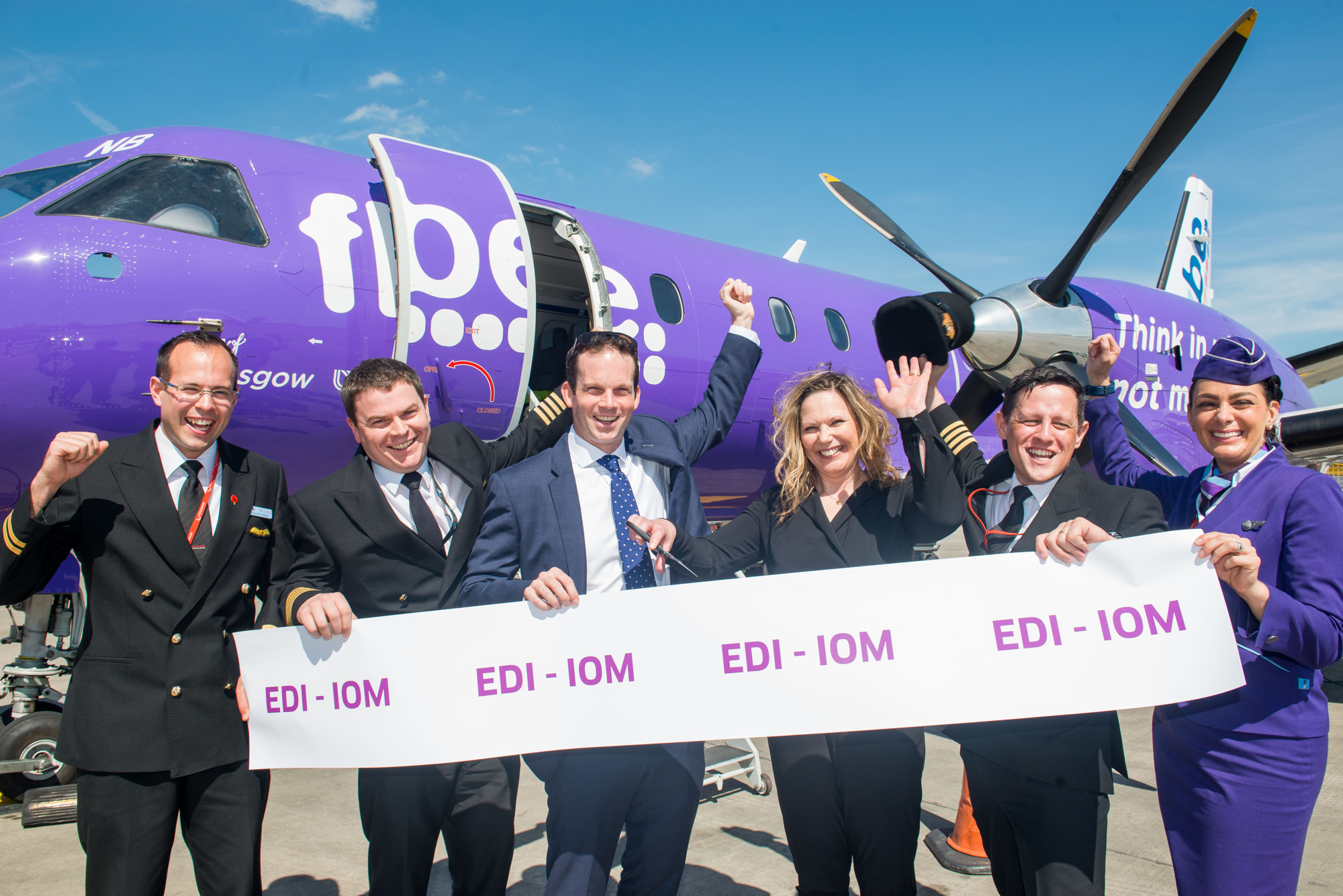 The first air service between Edinburgh and the Isle of Man since 2013 has taken to the skies, operated by Scotland’s Airline, Loganair.

The route reinstates an air link with the Isle of Man from Scotland’s capital, with Loganair scheduling up to four flights each week throughout the summer.

Friday and Monday services will continue into the winter season, with fares starting from just £54.99 including a free-of-charge 20kg checked baggage allowance.

Loganair will operate under its franchise agreement with Flybe – with bookings taken via www.flybe.com – until 31 August 2017.

From 1 September, Scotland’s Airline will be flying solo and the new Isle of Man route is currently bookable – alongside Loganair’s extensive route network in Scotland and beyond – via its new reservations system at www.loganair.co.uk and call centre on 0344 800 2855.

Loganair’s frequency has been tailored to appeal to leisure travellers enjoying world-famous Isle of Man TT events or visiting friends and relatives. It will also provide additional options for business travellers or passengers commuting between the two points.

The new schedule is:

Jonathan Hinkles, Loganair’s Managing Director, said: “It’s fantastic to resume services between Edinburgh and the Isle of Man, a route which should appeal to both business and leisure passengers.

“The enhanced timetable includes weekday services, expanding the number of options available for travellers when selecting the duration of trips.

“Fares on the route are competitively priced, starting at £54.99 each way with up to 90% on-sale for less than £100. If you live in and around the Central Belt, this is definitely the cheapest way to get to the Isle of Man.”

Gordon Dewar, CEO of Edinburgh Airport, said: “A direct route between Edinburgh and the Isle of Man is a very welcome return to our extensive domestic network. Flying four times a week will enhance the strong business links between the destinations and offers even more choice for those looking for a short break.”

Passengers will also have access to Loganair’s many onward connections from Edinburgh across its route network in the Highlands and Islands including Kirkwall, Sumburgh and Stornoway. Customers can make a single booking and travel to any or from any of these destinations.