Paul set himself the challenge of running the iconic 5k route around Arthur’s Seat 15 times in 1 day – no mean feat to cover 45 miles in 1 day. Paul choose that route to raise awareness of the shocking statistic that still in the UK today 15 babies die every day before, during or shortly after childbirth. While the number of deaths have fallen, the UK is moving three times slower than some other European countries. All money raised will support the vital work of SANDS Lothians, an Edinburgh based community charity that provides compassionate care to families, whose babies have died. 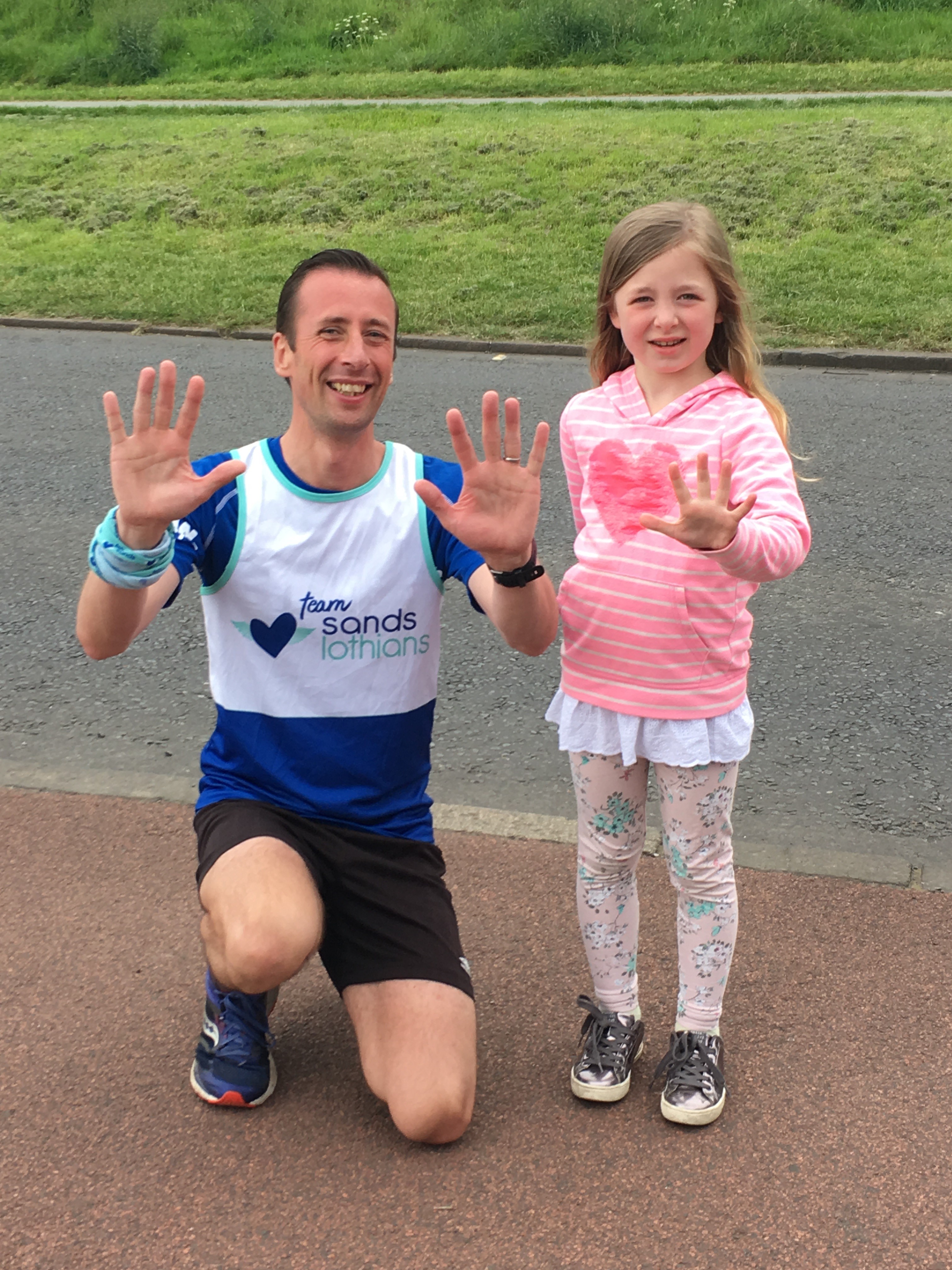 Paul is well known for his amazing fundraising efforts, having raised over £7,000 for various charities and local groups, including SANDS Lothians by taking part in over 10 marathons, including the 500 miles in 5 weeks challenge in 2017, the Hairy Haggis at the Edinburgh Marathon Festival (the 1k, 5k, 10k, half and full marathon over 2 days in May), Seven in Seven Days challenge in 2016, three ultra-marathons, swims and an Ironman event. For all his fundraising, he has previously been voted the “West Lothian Courier and The Centre Local Hero”. When he is not running, Paul works as a Retail Development Executive for Lucozade Ribena Suntory and in his spare time, is a personal trainer to help people who are looking to get in shape, including some of the bereaved parents that SANDS Lothians support. He also gives a lot of time to support other fundraisers who are running for the charity, including training sessions and tips and advice in online support groups.

In 2016, Paul was first motivated to support SANDS Lothians, alongside other local charities and groups, when he completed the Seven in Seven Days marathon challenge. Although not having direct experience of baby loss, throughout the year he had continued to be moved by the stories of the families the charity support. He was especially touched by Nicky Reynolds’ story of her beautiful baby boy, Ramsay. Ramsay was tragically born sleeping on the 12th February 2015, because of complications with blood vessels in the umbilical cord, a condition called ‘Vasa Praevia’. SANDS Lothians supported Nicky and she kindly shared her story and pictures of her precious Ramsay, which inspired Paul to support SANDS Lothians’ work in the long term.

Paul Brown said, “I want the families supported by SANDS Lothians to know that although I am not someone that has been through what they have – I have been touched by the things that I have read and the photos I have seen. In some quarters speaking about baby loss is still a taboo subject and I want to highlight that 15 babies a day die in the UK, which is something that we should all be aware of and that there is help and support easily available and I want to continue to raise awareness of this work. The challenge was extremely tough, which I expected, however, the extreme heat at times made for an even more exhausting run and took every ounce of mental strength to keep the legs moving. I’m hugely appreciative of everyone that joined me as having another team SANDS Lothians vest alongside me made the day worthwhile and acted as a reminder of why I love pulling on the running vest and representing this wonderful charity.”