WeLink Communications UK is a registered supplier to the Scottish Broadband Voucher Scheme, part of the Scottish government’s Reaching 100% programme.

Natalie Duffield, chief executive of WeLink, said: “The growing importance of the internet in our daily lives underlines the need for future-proof technology. Homes and businesses increasingly rely on software to go shopping, entertain themselves, access education and healthcare and connect with customers for their products. Communities cannot afford to get stuck in the broadband slow lane.

“We are offering speeds of up to 1,000mbps and can reach more than 8,000 premises in the Old and New Towns with the number growing all the time.”

Early adopters include student Robbie Godsell, who is taking part in the pilot project. He said: “The previous provider’s broadband quality was abysmal. I’m very tech-oriented, have online classes and many video game systems. During class, calls would just frequently drop out and uploading any work was a nightmare.

“WeLink’s speed is vastly better. Streaming is butter-smooth. I’m able to do everything that I couldn’t do before and it’s made a big improvement to my quality of life. I would definitely recommend WeLink to others within the Old Town and New Town areas, as the ability to get strong WiFi is severely lacking here.”

Kashif Mahmood, a home worker, added: “Previously, we had tried numerous broadband suppliers; all of which offered the same download speed of 10mbps with 1mbps upload speed. This is despite me living in the very centre of Edinburgh, which shockingly is still constrained by old copper cabling and infrastructure. WeLink has honestly been revolutionary, especially with the current situation. The symmetrical download and upload speeds have blown even my wildest expectations. I find it fascinating that technology like this exists and yet not many people have heard of it. It’s like going from driving a Ford Fiesta to a Formula 1 racing car.”

The WeLink service is available to addresses in the EH1, EH2 and EH3 postcodes. For more information, please visit www.welinkedinburgh.co.uk 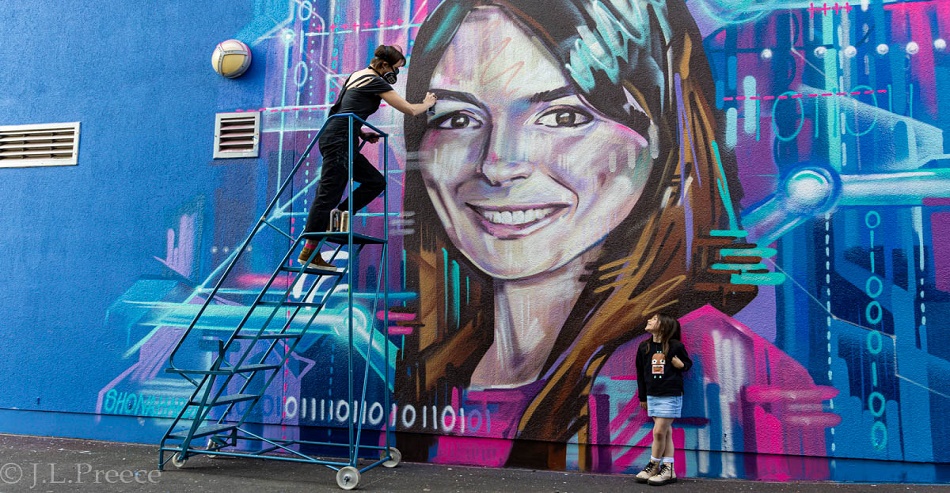 As CEO of IntechnologySmartCities, Natalie was responsible for EdiFreeWiFi, one of the biggest deployments of free WiFi in the UK. The network has attracted more than 1.15m registered users. She featured in the Women in STEM Street Art Trail**, part of this year’s Edinburgh Science Festival and a celebration of those who have passionately contributed to the worlds of Science, Technology, Engineering and Maths.

Natalie is an active member of the techUK industry group and earlier this year was reappointed as vice chair of its Local Public Services Committee, which works closely with local authorities across the UK.