An Edinburgh Napier entrepreneur is making a big bang in the healthy foods market with her new alternative to popcorn.

Sydney Chasin – founder of The Healthy Crop – has officially launched her lil’POP snack this weMade from sorghum grain, her pink Himalayan salt flavoured-snack is the first of her products to be released commercially. 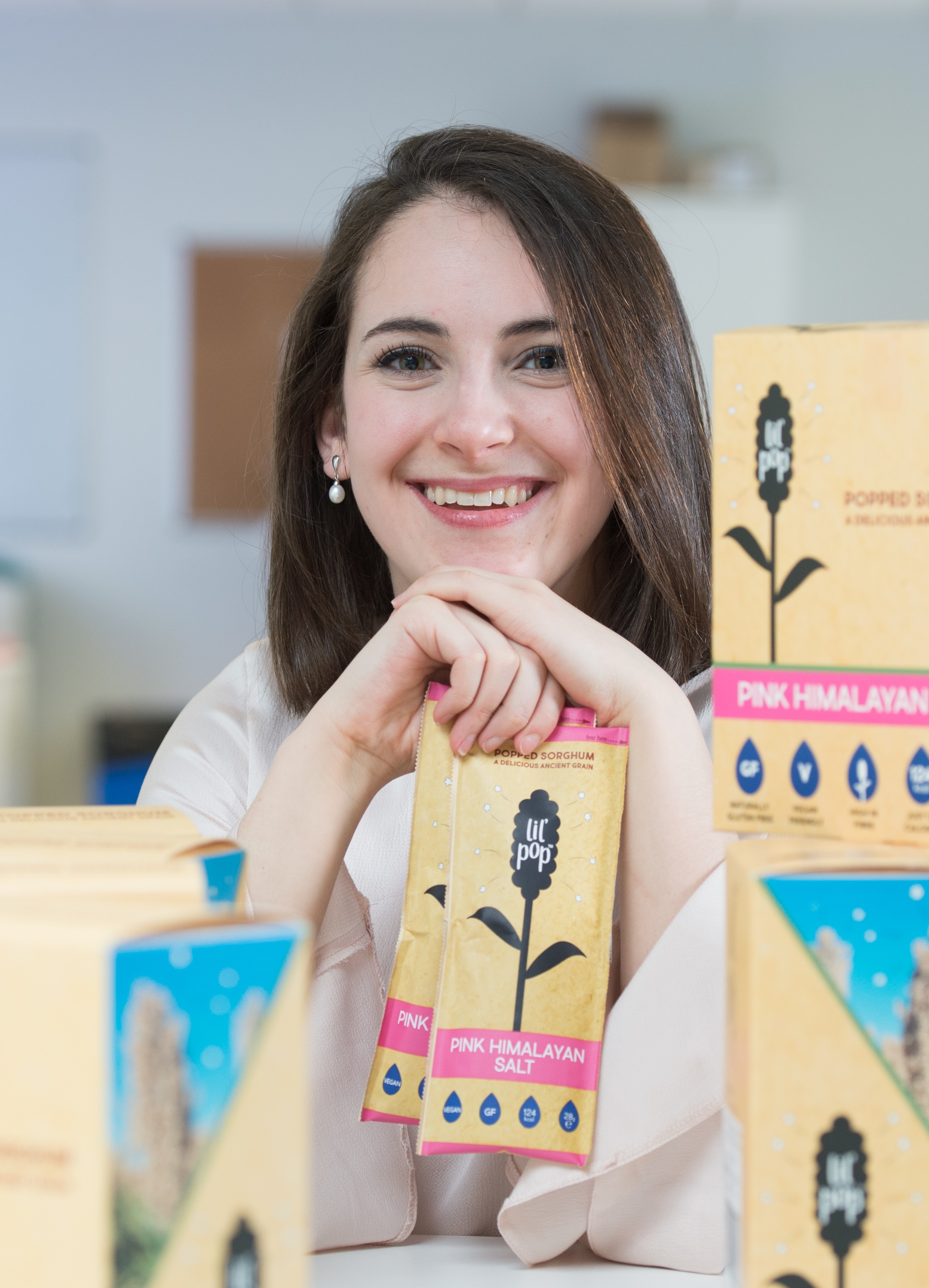 Using the ancient sorghum grain – which is over 8,000 years old – the snack is naturally gluten free, vegan friendly and high in fibre. It is also smaller in shape and size than regular popcorn.

During the sorghum popping process, the hull of the corn does not detach meaning that there are no annoying hulls that get caught in your teeth while eating. Additionally, unlike popcorn, the unpopped seeds are soft and edible to eat.

Sorghum is also a drought-resistant crop meaning that it can grow where other grains cannot – it has a lower water footprint than typical grains. It is believed that lil’POP is the first snack of its kind in Europe to use sorghum in this way.

With the snack now unveiled to the world, Sydney is beginning to attract investment to the business to allow for further expansion – including the release of two new flavours – throughout the remainder of 2018.

She said: “I am incredibly excited to officially bring lil’POP to market. It has been a long time in the making and the process of taking an entirely new product to market has been challenging, but rewarding. Always celebrating the lil’ things along the way!

“The next phase is to officially launch our first round of investment so that I can continue to expand the lil’POP range throughout 2018 and add additional flavours to its line-up. While we have officially launched lil’POP online, we are keen to speak to potential buyers and expand distribution. Today is just the beginning of the next chapter and it’s one that I’m really looking forward to.”

The commercial launch of lil’POP signals the next milestone in Sydney’s entrepreneurial journey, which started when she graduated from Edinburgh Napier with a degree in financial services with entrepreneurship in 2016.

Since then, she has operated her business out of Edinburgh Napier’s Bright Red Triangle incubator at Merchiston, winning the support and financial funding from a host of sources including The Royal Society of Edinburgh, Scottish Enterprise, Scottish Institute for Enterprise and most recently being awarded £10,000 through the Scottish EDGE competition. 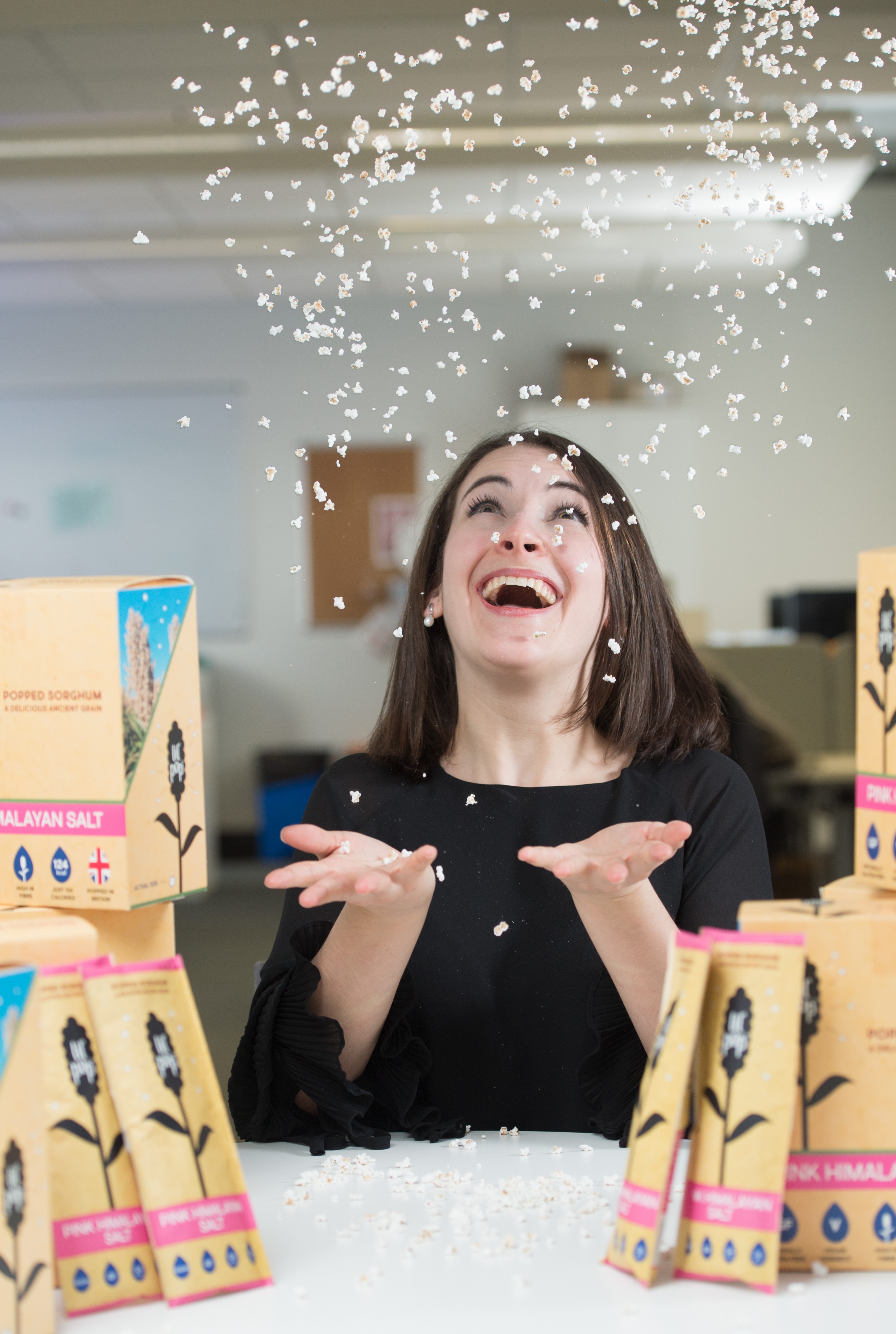 To have access to such help and support on a daily basis at such an early stage of her entrepreneurial career is something that Sydney is incredibly grateful for.

“I’ve worked out the incubator since 2016. I’m now growing a team from there. I’ve made it my home. There’s a fantastic community of like-minded individuals that has been fostered through Bright Red Triangle and the opportunities that come your way through being involved with something like that are endless. I’ve made so many friends through it too. It’s been a great resource to have as I’ve worked to bring lil’POP to market.”

lil’POP is now available to purchase online from https://thelilpops.com/. It will hit the shelves of shops in the UK in the coming months.