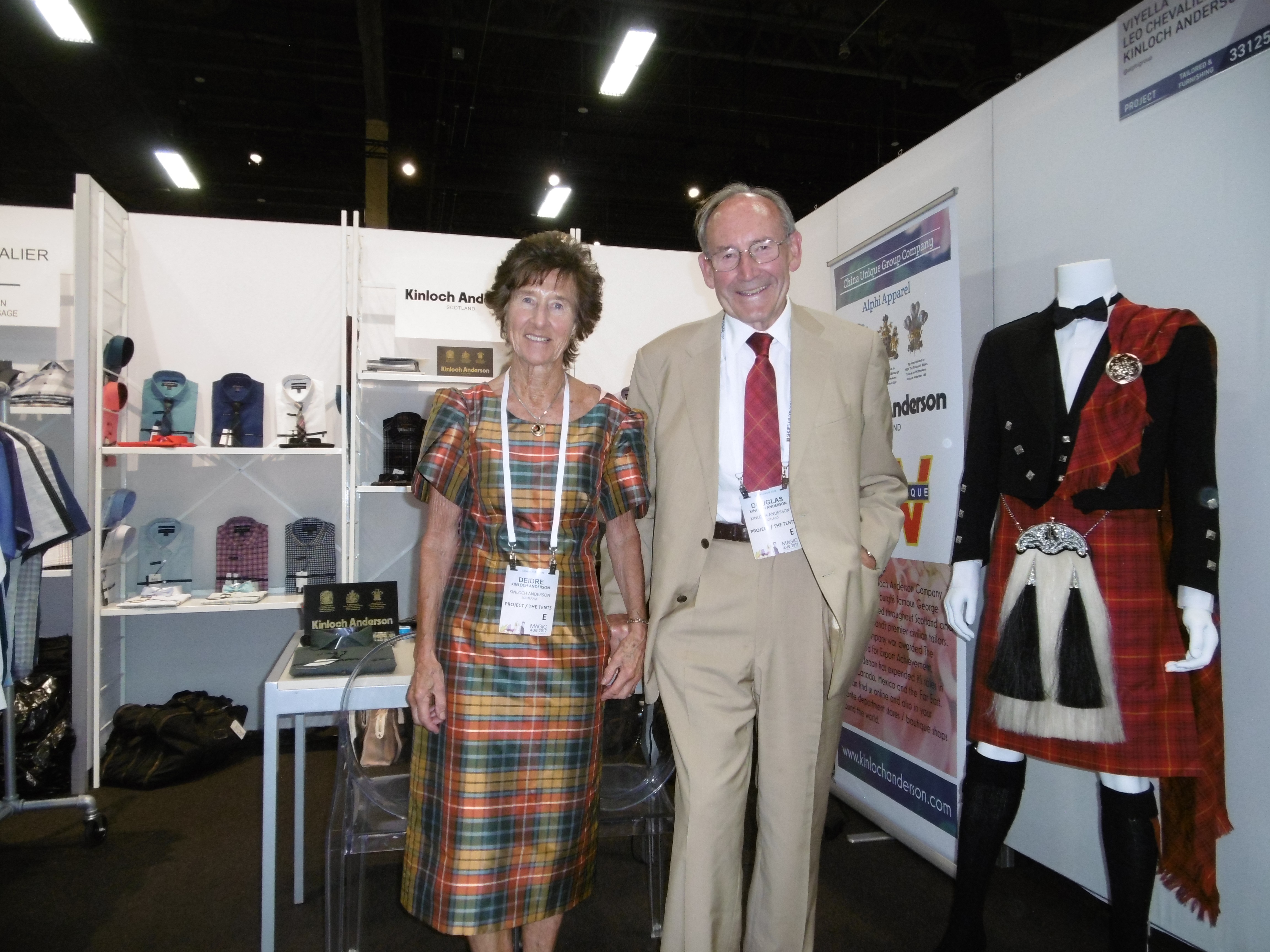 Kinloch Anderson Limited was founded in Edinburgh in 1868, and is now managed by the fifth and sixth generations of the family.

The Company is known in Scotland and more widely as experts in Tartans and Highland Dress and have three Royal Warrants of Appointment to the Royal Family.  This core business is still thriving today.

However, in addition, over the past twenty five years, the Kinloch Anderson brand has been successfully developed as a lifestyle brand in a wide range of Menswear, Ladieswear, Childrenswear, Leather Goods, Shoes, Clothing Accessories, and Household Textiles.  The main markets are in Asia – in Japan, Korea, Taiwan and China – and there are now over three hundred Kinloch Anderson Shops in these countries, mainly in Department Stores.

A new exciting project has just been launched to expand the Kinloch Anderson brand in North America, in cooperation with a major shirt company, which makes shirts for a number of significant brands worldwide.  The initial range of shirts, all in high performance fabrics, covers a wide variety of designs, including some of the exclusive Kinloch Anderson tartans.

The launch of the range took place in August at the major ‘Magic’ Menswear show in Las Vegas, supported by Douglas and Deirdre Kinloch Anderson, former Presidents of the Edinburgh Chamber and the Leith Chamber respectively.