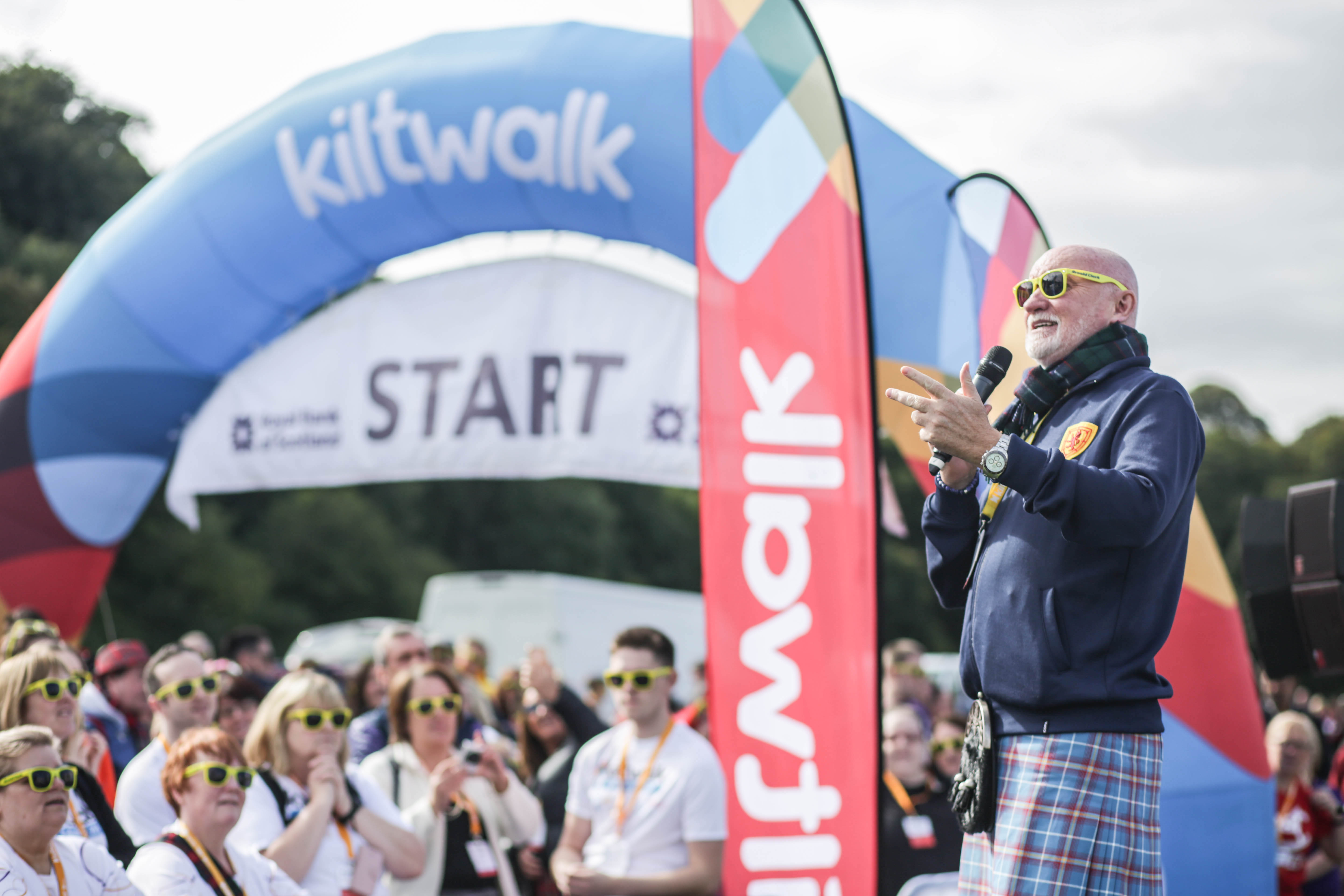 Kind-hearted Kiltwalk heroes are the toast of 780 Scottish charities as it was revealed today they raised £2.3 million in 2017 – with donations still coming-in.

And 2018 is set to be even bigger with walkers able to add 40% to whatever money they raise for the charity of their choice thanks to support from The Hunter Foundation.

Sir Tom Hunter, founder of The Hunter Foundation and backer of the Kiltwalk noted: “Kiltwalk is the platform for people across Scotland to raise funds for the charity of their choice; it’s simple, it’s fun and it makes a huge difference to the charities they care about.

“For every Pound they raise The Hunter Foundation will add another forty pence, which I hope makes this platform the most effective fundraising opportunity in Scotland.

“I would urge charities, corporates and individuals alike to take this chance to maximise fundraising for what they care about and have a fantastic time doing it.”

This year some 14,000 fundraisers – an astonishing 87% increase on the 7,500 walkers of 2016 – participated in the four Royal Bank of Scotland Kiltwalks in Glasgow, Aberdeen, Dundee and Edinburgh this year.

Sir Tom added; “It makes me the proudest Scot on the planet to know that all these people walked for causes they care about. We very much appreciate the continued support of valued sponsors including Royal Bank of Scotland and Arnold Clark. Together, we strive to make Kiltwalk the country’s biggest charity event.”

Next year’s Royal Bank of Scotland Kiltwalk events will take place on:

For every penny raised by a Kiltwalker in 2017, Sir Tom Hunter and The Hunter Foundation pledged 140% to their chosen charity. This unique fundraising boost will continue next year.

Platinum sponsor Arnold Clark joined Sir Tom in repeating a generous fundraising pledge. As was the case in 2017, a lucky Kiltwalker from each event will win a brand new car. Funds raised by those who choose to walk for the Kiltwalk itself are distributed through the STV Children’s Appeal.

For more information about the Kiltwalk, or to register, visit www.thekiltwalk.co.uk